This was supposed to be Canadian Screen Week, chockablock with film and TV industry events, culminating in a televised awards ceremony on Sunday. On April 30, 220,000 people were supposed to start watching films from 55 countries at Toronto’s Hot Docs festival.

In March and April, a lucky few Canadian independent films were slotted to run for a week or two in cinemas. It’s traditionally the only window they get – after the Oscar fare goes, and before the summer Hollywood blockbusters arrive – and it was already Kate-Moss-skinny. As well, spring is the time Canadian streets sprout the orange cones that signal film and TV production has come back to life after a dormant winter.

All of that – and much more, obviously – vanished in a week. Film and TV might seem like a luxury, but it’s not. According to the 2018 report from the Canadian Media Producers Association, the industry employs 179,000 people full-time, and far more part-time and freelance. It generates $12.8-billion in gross domestic product. And how much are you relying on its output right now? So I checked in with a handful of people to see how they’re coping.

The short answer: they’re holding tight, and fretting. Screenwriters, already used to working alone, are trying to write. But it’s hard; the news is a constant distraction. Filmmakers in postproduction are figuring out what they can work on remotely (sound mixing) and what they can’t (picture). Funding agencies are still operating, so people are chugging through their paperwork.

“We’re committed to sustaining the industry,” Christa Dickenson, the executive director of Telefilm, said this week. “In our development program, we want to front-load the payments, to keep screenwriters writing. We’re suspending our default measures, if applications or documentation are overdue. We’re collaborating with other funding agencies, federal, provincial, the guilds, the unions. We’re talking to everyone, collecting data, so we can make our case to the government.”

The industry is fragile at the best of times, though. It’s always been tough to find the right date, theatre and city for Canadian indies. How many of the few remaining independent cinemas will close permanently? When theatres do reopen, owners will be desperate – they’ll scramble to program “sure things,” U.S. genre films. Amid the scores of films delayed from 2020, and the scores already scheduled for 2021, room for Canadian product will be virtually non-existent. So is this the end of theatrical releases for homegrown indies?

John Bain, the head of distribution at Level Film, hopes not. But he’s facing hard choices. Take the Canadian indie drama White Lie, about a university student (Kacey Rohl) who fakes having cancer. (Full disclosure: a family member was on the crew.) White Lie played well at last September’s Toronto International Film Festival. It’s up for best picture at the Canadian Screen Awards. It was scheduled for a theatrical release at the TIFF Bell Lightbox on April 17. In other words, it looked like that rarity, a potentially successful Canadian indie.

So should Bain hold the release, hoping for an eventual theatrical run who knows when? Or skip theatres and go straight to streaming/video on demand (SVOD)? He’s leaning toward the latter. “We can spend promotion money on the VOD release,” he said. “We’re exploring new ideas, like holding online viewing parties with virtual Q&A sessions.”

But for even that, he’ll likely have to wait until May. “The big players like Universal have the market leverage to say, ‘We want to release Emma and The Hunt now, make it happen,’” he said. “We can’t. VOD providers have too much in their queues ahead of us.”

Next, film festivals. Indies rely on them for their survival: It’s the place for actors and filmmakers to break through, and to do most of their networking. A positive reaction from festival audiences is the surest path to a theatrical release. And let’s face it, festivals are where filmmakers reap their greatest emotional rewards, since no one makes Canadian films for the financial ones.

The producer Ali Weinstein has been working for two and a half years on a documentary about the redevelopment of the landmark Toronto discount store Honest Ed’s, called There’s No Place Like This Place Anyplace. It was supposed to premiere at Hot Docs, which would have been the best venue imaginable: a hometown crowd, in a theatre kitty-corner from the Honest Ed’s site. Weinstein is grateful the film is scheduled to air on CBC, and she’s keeping busy cutting down the feature version to the shorter TV length (which she can do remotely). But missing their one shot at a public screening is still “devastating,” she said.

First-time producer Katie Corbridge and first-time director Phil Connell are putting the finishing touches on their micro-budget film Jump Darling, made via Telefilm’s Talent To Watch program, where fledgling filmmakers get $125,000 to make a feature.

“We’ve been submitting it to festivals, acting as if the world was the same, knowing it’s not,” Connell said. “Festivals are still making selections, trying to keep themselves relevant. Maybe they’ll hold virtual marketplaces, online viewing platforms for sales agents and distributors. Filmmakers can still say, ‘I got into Cannes, or Venice.’ And Apple, Netflix and Amazon will still need content.”

The most shattered are those in preproduction, or whose films were just about to begin. When that momentum is stalled, it’s near impossible to restart. When things are running again, the rush for crews, casts and equipment will likely squeeze out indies.

I hope the Canadian film biz will use this enforced hiatus to do some big-picture thinking. I hope Telefilm will rethink the Talent to Watch program and, in the future, award more money to fewer filmmakers, so they can make films properly without scrambling for extra financing. I hope all dolers of cash will space out funds throughout the year, so not everyone is working toward the same deadlines, and competing for the same resources.

I hope streamers like Crave and CBC Gem will lean into Canadian product even more, and spend promotion money to highlight it. People are looking for new stuff to watch – why not steer them to our own stuff? I also hope the U.S. streaming giants Netflix, Amazon and Apple TV+ will buy more Canadian fare.

And I hope Canadian indie filmmakers can stay optimistic. Producer Karen Harnisch – who has several films on the go, including the disaster pic Thirteen Minutes, starring Anne Heche – is trying. “When humanity has been faced with incredible challenges, we’ve taken leaps and bounds in our thinking,” she said. “I’m hopeful this crisis generates creative expression. Yes, I worry about indie films getting dumped online, getting lost in a sea of content. But people will always need stories, and storytellers. And hey, everyone is home.”

Editor’s note: An earlier version of this article quoted producer Ali Weinstein saying she had worked for five years on the film, but in fact, she worked on it for two and a half years. 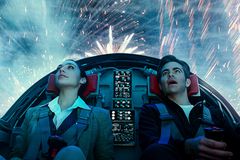 National Film Board at a crossroads amid restructuring and staff departures
Subscriber content
March 20, 2020 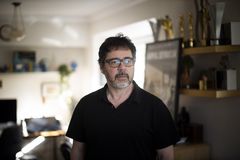