Ojibwe film programmer Jesse Wente is the first director of the newly created Indigenous Screen Office (ISO), an initiative launched last year by funding agencies, producers and broadcasters. Wente will be speaking at the Royal Ontario Museum on Tuesday, delivering the annual Eva Holtby lecture on contemporary culture. His assignment was to predict what the relationship between Canada and Indigenous people would look like in 2067.

I think artists and their work can often point us to the future. In the last few years in Canada, Indigenous artists are present in all the literary awards, the visual art scene, music. There has been a huge expansion and if you look at the form it is taking, they are showing us a vision of Canada that is more engaged with its Indigenous self.

You get a blend of Western approaches, European art, but the forefront becomes Indigenous language, Indigenous ways of knowing and expression. An easy example is Tribe Called Red because they do electronic music but it’s still drum music and uses a lot of Indigenous techniques. Look at Kent Monkman who literally repaints European masterpieces and completely changes their meaning by inserting Indigenous people. Look at Jeremy Dutcher who just won the Polaris Prize for writing an opera that uses his own [Wolastoq] language.

When I see those things, I am seeing the future. You are not seeing Western culture obscure Indigenous culture, you are actually seeing Indigenous culture at the forefront within Western media. It’s a very hopeful thing.

Tell me about the Indigenous Screen Office; is it part of Telefim?

No. I am completely independent; we are in the process of incorporating as a national not-for-profit. Right now, it is essentially an advocacy organization. We don’t have program funding; in fact, we have very little funding: I am the only employee. There is every reason that the ISO should become a funder, alongside the existing structures but under Indigenous leadership and Indigenous administration.

We have a mission about increasing representation of Indigenous filmmakers in the industry and Indigenous stories within the Canadian screen sector as well as supporting narrative sovereignty for Indigenous peoples.

It’s funny you ask that because I think Canadians know exactly what it looks like. How do we determine what a Canadian movie looks like when there are all these Americans working on it? Well, we have systems to do that. On the creative side, these people need to be Canadian, on the financing side, the people who own it need to be Canadian. That’s an expression of narrative sovereignty. To be an Indigenous story you need to be told by Indigenous people. Who owns it and who has creative control?

It sounds like we might be talking about appropriation of voice here. Would you consider Grizzlies an Indigenous film?

No. There were two Indigenous producers, who were invaluable, but you just have to look at that film. It’s set in an Indigenous community; it has Indigenous characters but it’s largely about the non-Indigenous people, it’s their journey.

In literature it’s even simpler; it’s one writer. Film is a collective, authorship is much murkier. It’s easy for the Canada Council to fund Kent Monkman or [visual artist] Rebecca Belmore or Jeremy Dutcher and, guess what, they are global superstars. So you have to look at how to do that for Indigenous cinema. It’s more complex, but I don’t think it’s that complex. If we just go back a bit to when a lot of these [film] organizations were born, we took a lot of risks on folks who hadn’t done much; we gained experience from those who had; we funded the heck out of Canadian stories. It’s not that we suddenly need an Indigenous Telefilm or Indigenous Canadian Media Fund, but you do need a slightly different style of administration within those places.

I want an Indigenous screen industry that employs Indigenous people, but the big goal is that we need a cultural shift in Canada. To bring us back to 2067 or 2167: If the destination is a more egalitarian Canada where Indigenous people don’t have to worry about drinking water or suicide rates, it requires cultural change to embolden political change. How does political will become a thing? Through storytelling.

I am not one to say movies are life and death, but it does feed our culture. If we give Indigenous people the opportunity to tell our stories, it will over time shift the viewpoint Canadians have. The inequity we have in Canada is shameful. I travel all over the country; I interact with Canadians all the time and a lot of them see it that way: They really want this not to be an issue. If it takes 50 years of Indigenous moviemaking to move this along, count me in. 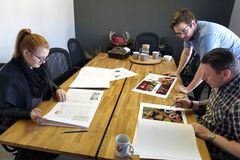 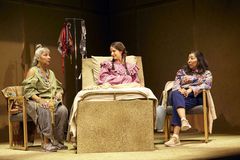 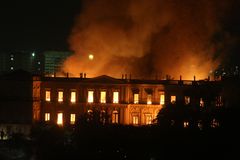