Sitting in the ballroom at the Windsor Arms Hotel in Toronto, actor-turned-media magnate Joshua Jackson takes a piece of gum and slips it under his mask, emblazoned with his Canadian company logo, Liquid Media Group. The Vancouver-born star of The Affair, Dawson’s Creek, and the new Dr. Death, streaming on Amazon Prime, is sitting beside the CEO and director of his corporation, Ron Thomson. Jackson jokingly calls the Toronto International Film Festival “their debutante ball.” Tonight (double vaccinated) members of his company who’ve travelled from Los Angeles, New York and Tofino will gather at their first partnership dinner to trade ideas over black cod and Champagne. The storied hotel acts as their clubhouse this festival, as they’ll host parties and panel discussions on the future of new media. The whole thing has Big Startup Energy, as I’m urged to take a free mask and a branded bottle of water. “Liquid liquid,” says Thomson.

The company was first co-founded by the actor in 2018 to solve structural problems in the film industry. It experimented with new media, gaming and VFX, unclear about its true destiny. It wasn’t, for instance, Brad Pitt’s Plan B Entertainment, crafting award-winning films while working as a shingle in the traditional studio system, or Reese Witherspoon’s Hello Sunshine, designed to leverage star power to get dream projects made. Instead, he hungered for something more radical, an entire dismantling of the industry itself.

“I want to recreate Warner Brothers, but in 2021,” explains Jackson. “Streaming has broken down so many of the barriers to entry and what I thought was going to take five, 10 years, instead took one COVID. This demand for content, the proliferation of platforms is great for filmmakers in theory. But in practice, unless you learn a whole bunch of other new jobs, you’re not going to be able to recreate all the tools the traditional system has to benefit itself.”

Jackson has worked in independent film production before. In 2008, he was an executive producer on the flagrantly Canadian film One Week, in which a prophetic roll up the rim message to “Go west young man” on the character’s Tim Hortons coffee cup acts as the catalyst for a scenic cross-Canada motorcycle trip. (Gord Downie appears as a pot-smoking sensei.)

But producing and acting in independent films burned him out. “I know so many talented people who are constantly on this hamster wheel of ‘I don’t get this thing finished and distributed in the next six months, they’re going to foreclose my house,” says Jackson. “I want to shepherd you through each step along the way, where the price isn’t ‘We own it all now, thank you for your hard work.’ While filmmaking is always going to be hard, it doesn’t need to be punitive.”

When asked exactly what Liquid Media will do and who they’ll do it with, Jackson and Thomson outline a strategy to assist filmmakers through the script development, packaging, financing and distribution stages of production, aided by “psychoanalytic data research,” a method Thomson compares to what we saw in the plot of movie Moneyball, to help them tap into emerging markets. They cite Liquid’s recently acquired “edutainment company” IndieFlix as an example, which sells social justice documentaries and workplace harassment videos to a client list that includes schools, military organizations, and American banks.

While Jackson doesn’t indicate if they’ll be keeping their eyes out for any burgeoning Canadian auteurs during TIFF (the actor hasn’t been inside a movie theatre in two years, for fears of transmitting COVID to his one-year-old daughter), it’s clear that his heart remains with the plight of his home and native land.

“Americans don’t even have a concept of what Cancon is,” says Jackson. “If they do, they think of our films as being bad, or slow, and if to a certain extent that’s true, nobody has a cultural hegemony on bad, and what we do is also very good!

“We certainly don’t want to end the Telefilm system any more than we want to end the traditional studio system. But one of the things I recognized growing up in the industry is that the need to recoup your money is highly motivational.”

Thomson says that Liquid Media was founded in Canada for a reason.

“I’ve had my own company for 22 years, helping companies and production companies break out of the limitations of what they call ‘the make-believe world of Canadian film and television,” says Thomson. " It is the thing which is killing us, but it’s also keeping us. The Canadian Media Fund, Telefilm, Canada Council and Heritage Canada, are not succeeding in helping Canadians break out and tell those stories outside of Canada, the way they should be.”

“The last Star Trek movie is a Canadian movie as far as I’m concerned: we produced it here, it’s our crews, we built it, we did a lot of the digital effects,” adds Jackson. “I really think that it’s time for us to step into the reality that we’re at their level, we just have to take the risk to get the reward, and this needs to be supported with imagination beyond, ‘Oh that will make a great Telefilm movie,’ or ‘this will make a nice Saturday evening film on the CBC.’ 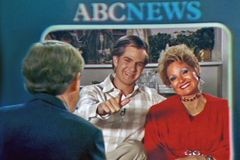 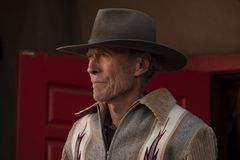 Film Review
Blue Bayou is a messy, emotional ride through an immigration story you need to hear
Subscriber content
September 16, 2021 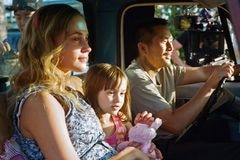