Kabir Singh is a deeply misogynistic film. Much to my chagrin, it’s also now an official Bollywood box-office blockbuster.

According to Indian film-trade analyst Taran Adarsh, the film will “cruise past" the two-billion-rupee mark ($38-million) on its 13th day in cinemas, putting it on track to become “the highest-grossing Hindi film of 2019.” Mr. Adarsh also pointed out on Twitter that Kabir Singh pulled in 175 million rupees "on a working day [Monday]. Most biggies don’t collect that on a [Sunday].”

Those numbers are just for the business it did in India. Kabir Singh has been playing to packed houses in Canada, too. By July 2, the film had collected US$1.72-million in North America, with almost US$600,000 coming from 14 Canadian theatres, according to Weekend Cinema USA, the film’s distributor. On a Tuesday evening in its second week, a 250-seat theatre at Cineplex Yonge-Dundas in Toronto was almost packed, save for the front-row seats. The audience was primarily young South Asian-Canadians, many of whom seemed to be on a date.

Kabir Singh is a problematic choice for a date movie. Starring Bollywood star Shahid Kapoor in the title role, the film tells the story (minor spoiler alert!) of a brilliant medical student with serious anger-management issues who lets his life spiral out of control when the object of his affections is married off to another man.

A raging alcoholic and sex fiend, he catches his neighbour admiring his buff body, strides over to her room and almost rapes her at knifepoint. When she tries to resist, Kabir is peeved, but a doorbell seems to awaken him from a stupor. He wanders off and ends up shoving a handful of ice from a street vendor’s stall down his pants to deal with his arousal. This entire second sequence is played for laughs.

Deepa Mehta is 'a very proud Indo-Canadian.’ Despite Indians not being proud of her

But that is just the beginning. The audience now discovers that Kabir is also a gifted surgeon – one who needs a stiff drink (the nurse literally measures out the alcohol) when he’s scrubbing in. His colleagues and friends are mostly enablers who sometimes cluck their tongues at his behaviour but inevitably clean up the mess he creates. How Kabir comes to be this lost cause is what the bulk of the movie is about.

During his final year as a med student, Kabir catches sight of a female freshman dressed in virginal white. He immediately marks the young woman, Preeti (played by Kiara Advani), as his. His courtship is textbook grooming, and the first time we hear Preeti speak, we are more than an hour into the film.

Kabir Singh is the Hindi remake of the Telugu sleeper hit Arjun Reddy (2017), the debut project of writer-director Sandeep Reddy Vanga. The film is based on his own life experiences. In a Tedx talk in Warangal, a city in the southern Indian state of Telangana, Mr. Vanga talked about the seven-year struggle he faced after giving up his job as a physiotherapist to become a filmmaker.

This isn’t the first time a Bollywood film has presented a questionable romantic lead. In fact, Bollywood romances often focus on the pursuits of its male leads – whether it’s the archetypal Devdas role of a man driven to drink out of love (played in 1955 by Dilip Kumar, in 2002 by Bollywood superstar Shah Rukh Khan and reinterpreted by Anurag Kashyap in 2009 as Dev D.) or the stalker boyfriend in innumerable Bollywood movies, right up to Raanjhanaa (2013).

Certainly, stalker or misogynist boyfriends aren’t exclusive to Bollywood – see Love, Actually and Fifty Shades of Grey. In those films, however, the female leads are at least given a modicum of agency and some sort of character arc. And Penn Badgley, the star of the Netflix series You, was pointed in his own critique of the obsessive character he plays.

There’s no such nuance in Kabir Singh. Instead, the lead character’s obsession is explained away as an intense love story – one that audiences are lapping up. Fans of Mr. Kapoor have called Kabir Singh his career best performance, even though Mr. Kapoor has played several critically acclaimed roles, such as the title role of Haider (2014), an adaptation of Hamlet set in the militarized zones of Kashmir, and Tommy Singh, a drug-addled rock star in Udta Punjab (2016).

A glance at #KabirSingh on Twitter shows young women proclaiming their love for the way Kabir Singh loves and men hailing the box-office success of the film as a finger to “pseudo-feminists.” When questioned at a news conference about the controversial aspects of the character, Mr. Kapoor suggested the film just be watched for entertainment’s sake.

The problem, however, is that in a society in which dating and relationships are still not talked about in a frank and open manner among family members and peers, Bollywood films become a stand-in for what many young people think love should be like. It is only now, as an adult woman, that I can reflect on some of the social cues I took from Bollywood – as well as John Hughes movies. In addition to an ending that legitimizes Kabir’s bad behaviour throughout the movie, Kabir Singh is full of romanticized imagery that is completely out of step with current conversations about consent, especially in a post-#MeToo environment.

On my way to another Bollywood movie, Article 15, the other night in Toronto, I stopped a young woman making her way into the theatre for Kabir Singh. Why did she choose to see it, I asked her. She knew the basic outline but had come to watch the movie with her friends mainly because of the hype. I asked if she wouldn’t mind e-mailing me her thoughts afterward, and got a response late that night: “This movie has a toxic story line about a woman who is emotionally and physically abused by a man and she still falls in love with him. It has no women empowerment in it. The actress Kiara was expressionless throughout.”

So perhaps there’s a flip side to the story. While Kabir Singh may be breaking box-office records, for some moviegoers it may serve as a textbook example of the bad boyfriend you need to avoid.

Film Review
Toni Morrison: The Pieces I Am explores the literary icon on her own terms, to sublime effect Subscriber content
July 5, 2019 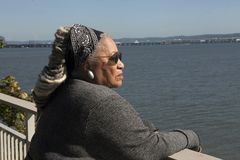 Film Review
Despite its love of the word ‘meh,’ Sébastien Pilote’s Quebecois drama The Fireflies Are Gone is anything but ‘bof’ Subscriber content
July 5, 2019 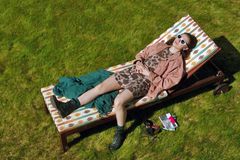 Film Review
The Last Black Man in San Francisco presents a cinematic vision as fresh as it is necessary Subscriber content
July 5, 2019 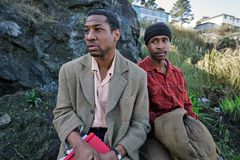