LaKeith Stanfield has a reputation. Most actors these days do – the never-ending celebrity news cycle helps churn out personas instead of people. But even among his contemporaries, there is a certain elevated eccentricity when it comes to Stanfield.

He has had staring contests with paparazzi on red carpets and stage-crashing moments on awards stages. He has the tendency to go off the grid. He has stayed in character during media interviews. But the 29-year-old actor, who has delighted and enlightened every project he touches – from FX’s Atlanta to Boots Riley’s wild anti-capitalism satire Sorry to Bother You to the Safdie brothers’ delightfully scuzzy thriller Uncut Gems – can also just be a regular enough guy, taking a phone call on a weekday afternoon to promote his latest work.

That was the person I encountered the other week, at least, when Stanfield found himself obligated to a round of promotion for his latest film, the Black Panther political drama Judas and the Black Messiah. Owing to, well, everything, Stanfield could run through the publicity machine from the comfort of his own home, which he shares with his partner, actor Xosha Roquemore, and their young daughter without “having to be shuffled from one hotel room to another.”

”You know I’m grateful for all this,” Stanfield says over the phone, and decidedly not Zoom, where so many of these interviews have been occurring. “I can spend time with my family and reflect. Unplug from the machine completely. But I do love this movie, and I want to discuss it as much as I can, to have this opportunity to open up a chapter of history that is overlooked.”

Even those passingly familiar with the arc of the Black Panther Party (BPP) should find Judas and the Black Messiah a disturbing, rage-provoking document. Following the shaky relationship between FBI informant William O’Neal and BPP deputy chairman Fred Hampton over the 1960s, director Shaka King’s drama offers a blunt assessment of American law enforcement’s natural inclination toward brutality and racism.

Cast as the betrayer of the title, who fed tips to the feds in order to get out of a series of petty-crime charges, Stanfield wriggles and shifts his way to a typically captivating, idiosyncratic performance. While his co-star and Get Out collaborator Daniel Kaluuya gets many of the film’s bigger, attention-demanding moments as the charismatic, righteous Hampton, it is Stanfield who is tasked with a far trickier assignment: finding a way to humanize and ultimately sympathize with a man who operates on a baseline of deceit.

It was a challenge – and responsibility – that caused Stanfield a great deal of physical and mental duress. While the actor is not from the Method school of acting, he is also someone who takes his work seriously – so much so that the stress of inhabiting O’Neal gave him a case of alopecia.

”Bill can’t just be a betrayer. People are more complicated than that. It’s about finding your way into the details. And I was really, really, really focused,” Stanfield says. “I had to tap into some traumas, so it’s not a fun thing. I’m working on getting better now and getting back to 100 per cent, and being careful next time going into certain roles. There are real consequences to going to those places. Sometimes you’re so fixated on the ambition that you forget to take care of yourself. You have to take care of yourself so it doesn’t consume you.”

“Consume” is an interesting choice of words, given that every Stanfield performance seems built from the ground up in a fully formed imaginary world. We are fixated by his characters because Stanfield takes the time to fixate on them himself. It is a magic trick, of sorts, evident in everything from his breakthrough role in the 2013 drama Short Term 12 to his on-the-margins work in Knives Out, Get Out and even the B-grade gore-horror of Death Note.

Perhaps that concentrated devotion is why Stanfield doesn’t have much time for the world outside the culture he’s building. When asked, for instance, whether he had a chance to see this season’s other BPP-centric films – curiously, there are three out right now: Judas and the Black Messiah, Steve McQueen’s Mangrove and Aaron Sorkin’s The Trial of the Chicago 7, the latter of which narratively dovetails with Judas’s timeline – Stanfield wasn’t aware they existed.

”I don’t even know what’s coming out. I’m just trying to watch the wind rustle through the trees in my backyard,” he says with a laugh. “It is cool, though. I love that. The more people who can be aware of what the Panthers are and what they were, I’m happy. This is the true, honest story. Not the propaganda. It’s a story of what the government did and what they’re still doing.”

In previous interviews, Stanfield has remarked, when talking about his youth in Victorville, Calif., that he doesn’t “expect much justice” in life as a Black man. Did working on Judas, diving into the history of the BPP, only reinforce that perspective?

”It’s a difficult question, because I don’t think that justice comes from the justice system. I don’t think that’s the place to go for justice. It’s been proven time and again,” he says. “As a Black American, there’s no justice as it relates to law enforcement. Can anything be perfect? No. Can it be much better as it relates to Black people? Yes. Look at the incarceration rates. There is no way you’re getting justice from the system as a Black male.”

As to whether a film like Judas can hope to effect change, Stanfield offers an answer as realistic and straightforward as his performances are unpredictable and surprising.

“We’ve been in a state of limbo in terms of progression. Things have gotten better in certain respects, but the justice system in particular hasn’t changed at all,” he says. “It’s just sneakier.”

Judas and the Black Messiah is available on-demand, including Apple TV/iTunes and the Cineplex Store, starting Feb. 12 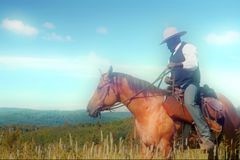 Film Review
Judas and the Black Messiah delivers a powerful portrait of a man who could’ve been the greatest Black leader of our time
Subscriber content
February 11, 2021 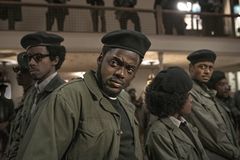 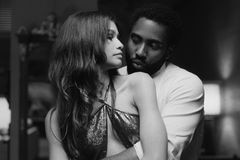