Slight and with sunken eyes, Marcello Fonte offers an unassuming presence. Meeting up in a Toronto hotel, you might be forgiven for mistaking the actor for hotel staff.

“My roles in theatre and in film have always been very disparate, and generally the roles that nobody else wanted to do,” the visiting Italian movie star said through a translator during an interview at the Toronto International Film Festival last September. Until last year, of course, when the little-known performer won the best actor prize at the Cannes Film Festival for his role in Dogman, where he plays a mild-mannered dog groomer in a violent town, and the scripts began to fly.

A late bloomer, perhaps – he’s now 40 – Fonte said his inspiration is Leopoldo Fregoli, the Italian quick-change artist and impersonator who rose to fame in London and Paris at the end of the 19th century. Fregoli was renowned for playing multiple characters in rapid succession, mimicking famous composers or portraying the entire cast of a trial including judge, jury and prosecutor.

So, Fonte is something of a chameleon which might help explain his remarkable performance in Dogman, where the groomer, also called Marcello, turns from victimized and naïve to determined and cunning in the span of 100 minutes.

The film is the latest from Matteo Garrone, the director of the award-winning Gomorra (2008), which also dealt with individuals negotiating with criminals, and of Reality (2012), another film about an underdog, this time a contestant in a reality TV show. Dogman returns to the same setting as Gomorra, a depressed seaside town somewhere near Naples. (The eerie location is an actual resort abandoned by American investors and now providing housing for locals.)

Fonte compares the windswept, neglected place to the set of a classic western and his Marcello is equally downtrodden, a gentle soul and hard-working small businessman who loves his dogs, his soccer buddies and his young daughter. So what if he deals a bit of cocaine on the side? His most demanding customer is the sociopathic ex-con Simoncino (a relentless performance from Edoardo Pesce) who bullies him into increasingly criminal schemes when not terrorizing the neighbourhood.

Early scenes are blackly comic, but it is the way that Marcello finally rids himself and his neighbours of that terror that is so shocking as the milquetoast character asserts himself. Press materials for the film suggest Marcello is a good man tempted by the devil while Fonte sees the poor groomer as a full-blown Christ figure. Speculating on why the violent film has drawn repeat customers in Italy, he said:

“They come and see it because it is like seeing Jesus, watching Jesus bear the cross. He takes the sins upon himself. Marcello does that which the others did not have the courage to do. Anyone in that community could have taken on the problem, but it is Marcello in the end who does it.”

Still, the actor also sees Marcello’s solution to violence as unsettling rather than transcendent: “It is life that forces him to do it. It is the monster each of us have inside, the part that comes out in road rage. When someone pushes your buttons or attacks your child, that forces you into that space. And when you let out that monster it is not beautiful.”

Despite its tough scenes, Dogman earned US$3-million at the box office in Italy and another million in France, a strong showing for an art film. Asked about the state of a national cinema in the Netflix age, Fonte is sanguine: “Things don’t change in Italy. We still do cinema; we don’t do it in a mechanical way, we do it with heart.”

Even if that heart is a dark one. 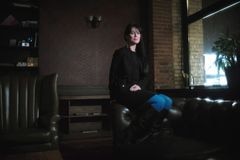 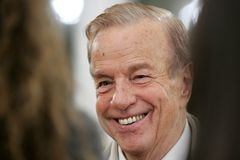 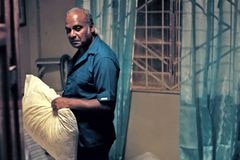