Filmmaker Meryam Joobeur was driving through Northern Tunisia when she saw two teenaged, red-headed brothers on the side of the road, tending to their sheep. A brief two-minute encounter would lead the Tunisian-born, American-raised filmmaker on a life-changing journey. It’s one that could culminate this Sunday with her Oscar-nominated, live-action short film Brotherhood, winning an Academy Award.

“Our encounter was really only something like: ‘Hello. Can I take your photo? No? Okay, drive away,’ ” recounts Joobeur, who attended Concordia University’s Mel Hoppenheim School of Cinema and is currently based in Montreal. But something about the brothers’ open freckled faces struck her deeply. Their brief chance encounter spurred her to spend the next year and a half writing a short film inspired by their lives, telling the story of a young man who travels back to rural Tunisia to introduce his new wife (who wears a full niqab) to his estranged family. This ignites his father’s suspicions that he is working for the controversial Islamic organization the Muslim Brotherhood.

Nearly two years later, after finishing her script, Joobeur returned to Tunisia with her cinematographer, Vincent Gonneville, hoping to convince the brothers to act in her movie. While she had a faint impression of where she’d first seen them, she didn’t know their names, or where they lived.

“It became a detective mission with me and Vincent driving around, asking strangers on the road, ‘Do you know two red-headed brothers with sheep?’ At a certain point, we took a back road and there was a shepherd who said, ‘I think their house is right there.’ The moment as I walked toward their door was the first time I thought, ‘What do I say?’ I had a shaved head at the time, so I know I looked a bit crazy."

Then came a cosmic coincidence that truly felt like something out of a movie.

“Before I wrote the script, I had only met the two older brothers, but I had written a role for a much younger one. The first person to walk out the door was their six-year-old brother, Rayene, and my jaw dropped," she says today. Behind him came Malek and Chaker, the two brothers she had originally encountered. They didn’t recognize Joobeur, who reminded them of their chance meeting and asked if they’d act in her film.

"They were just dumbfounded. It was really their uncle Bashir who said, ‘This is a great opportunity, why are you guys saying no?’ It was very symbolic because my grandfather Bashir had just passed away the year before. It was almost like he came back to help, so this family could start to trust me.”

Six months later, Joobeur and a small crew flew back to Tunisia with a grant from the Quebec Arts Council. Her casting instincts paid off. Ranging from the ages of 6 to approximately 26, the three freckled brothers, who share the last name Mechergui, command deep sympathy in Joobeur’s wrenching, naturalistic drama. The controversial issue of why young men fall into committing terrorist acts is all the more universal for how the filmmaker centres it within an intimate domestic space, full of quiet family dinners and hushed conversation. As a young Muslim filmmaker who grew up in the Connecticut suburbs just after 9/11, Joobeur resolves to offer layered depictions of her Arab identity. (A feature version of Brotherhood is in the works for 2021, with financing from Quebec’s SODEC program.)

“All my life, even in Tunisia, people would be like, ‘Well, you don’t look Tunisian, you don’t look Arab,’ and I saw that in these boys,” Joobeur says. “I always felt like an outsider, and I felt guilty to be in the position of passing for white, knowing how deep my Tunisian roots are. Growing up after 9/11, it felt like my Arab or Muslim culture was seen as subhuman, almost as if we feel emotions to a lesser degree. It’s still difficult to find nuance in films about Arabs and Muslims, although it’s getting better obviously.”

Short filmmakers can feel an intense pressure to have their movies play top-tier festivals and win awards because if they don’t, it’s almost as if their work ceases to exist. While an Oscar nomination is awfully nice, Joobeur says the making of Brotherhood, her third short film, also represents a spiritual leap forward for her as a filmmaker, toward something where the making of the thing itself is the goal. It’s all based on learning how to trust her instincts.

“Before Brotherhood, I felt a lot of pressure to have my two other films succeed,” she says. “While I always cared about the message of the films I was making, I was starting to notice all that external pressure was starting to become toxic, like in my spirit. I didn’t know myself well enough to know how I work best.

“So I thought, ‘Let me connect with my roots, let me do a project that’s small and intimate. No one even needs to know about it, nobody’s expecting anything from me, it’s just for me and the people I’m working with. I think it’s because of that feeling of safety, that’s why audiences could connect with Brotherhood so strongly. Because while it’s great to hear how other directors work, at the end of the day all that matters is: How does your creative voice come out?” 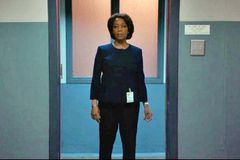 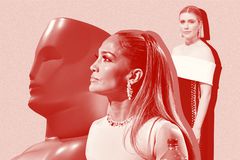 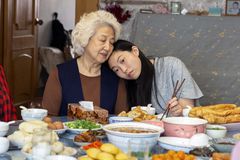