After Quebec re-closed movie theatres in Montreal and Quebec City due to COVID-19, the Movie Theatre Association of Canada (MTAC) on Wednesday issued an “urgent request” to Ontario Premier Doug Ford to avoid a similar situation in the province.

“We ask the government of Ontario to consider and act on the evidence, which clearly shows that cinemas are exceedingly safe, responsibly operated, and beneficial for Ontario’s economy,” Nuria Bronfman, executive director of the MTAC, wrote in a letter to Mr. Ford and his ministers of culture, health, economic development, and finance. “We appreciate and understand the pressure the pandemic is creating. … But Ontario cannot afford to let fear and reaction govern over evidence, data and reason.”

On Monday, Quebec Premier François Legault announced that all cinemas, museums, bars and libraries in the province’s “red-alert” jurisdictions had to close for 28 days.

“In a store, there is less chance that you’ll be in contact with someone for more than 10 minutes,” the Premier said on Monday. “On the other hand, in a theatre, even if you’re only 250 people, even if you’re wearing a mask until you sit down, there is still a risk after an hour or two. The same thing for restaurants and bars. And what we’re seeing now is that there’s a lot of community transmission.”

Yet the MTAC reports that, since cinemas started reopening across the country in June, there have been no reported cases of COVID-19 transmission inside one. Gathering information from the country’s largest theatre chains, the trade organization reported that out of more than 200 locations surveyed, there have been only five instances of confirmed COVID-19 cases in people inside cinema environments – all employees who self-screened, sought tests and reported results.

According to the MTAC, public health authorities have identified no cases as “either originating or linking back to cinema environments.”

“The results are not isolated to Canada and are consistent with data in other global markets,” Ms. Bronfman writes, adding that the U.K. Cinema Association reported only two employees testing positive for the coronavirus since 800 venues reopened across England, Scotland and Wales in July.

The MTAC attributes the lack of outbreaks to the fact that cinemas are fundamentally different from drinking and dining environments. Ms. Bronfman said the size and headroom of auditoriums, plus staggered showtimes and reserved seating, lend themselves well to physical distancing.

With Ontario reporting an additional 625 COVID-19 cases on Wednesday, the province’s Chief Medical Officer of Health, David Williams, said recent public health measures need to take effect before any decisions on business closings should be made.

“We’re seeing now very much concentration in certain dense areas, and we may have to do even more,” Mr. Williams said on Wednesday. “At the same time, we’re cognizant of closing down too many businesses without data to support that, as a draconian measure.”

The MTAC letter arrives the same day the U.S.-based National Association of Theatre Owners urged Congress to aid theatres that remain shuttered across the United States due to the pandemic, including in such key markets as New York and Los Angeles. “If the status quo continues, 69 per cent of small and mid-sized movie theatre companies will be forced to file for bankruptcy or to close permanently,” the organization said.

Why Inside Out’s Andria Wilson decided it was time for a new voice to lead Canada’s largest LGBTQ film fest
Subscriber content
September 30, 2020 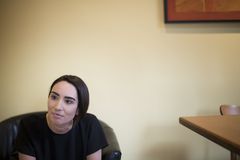 How Ryan Murphy and Joe Mantello got The Boys in the Band back together on Netflix
Subscriber content
September 29, 2020 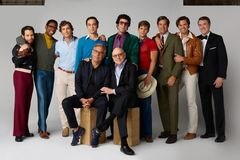 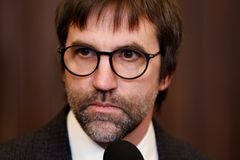