In the chaotic, convulsive four years that he occupied the Toronto mayor’s office, Rob Ford regularly complained that the reporters who covered him were nasty liars, mercenaries out to bring him down. “A bunch of maggots,” he snapped.

Ricky Tollman wouldn’t go that far, but after news emerged recently that he was making a movie about Ford, he was stunned to find himself attacked from all sides because a reporter had taken a swipe at the film on Twitter. “I was getting Facebook messages and Instagram private messages from people I don’t know, saying that I should never work, that I’m the problem with the [movie] industry,” he said the other day, wearing a hangdog expression.

Tollman, a 32-year-old writer-director from Toronto, was speaking on the morning of Day 16 of the 21-day shoot of Run This Town, his indie directorial debut starring Damian Lewis (Billions) and a suitcase full of prosthetics as the late former mayor. This was down at the decommissioned old Unilever soap factory next to the Lower Don River, not far from where Ford and his brother, Doug, had once dreamed of putting a Ferris wheel.

Inside the hulking Lever Brothers pile, which nowadays is rented out for events and films, a handful of interior sets replicated the second floor of Toronto’s City Hall. Tollman sat on a black couch in the make-believe reception area outside the former mayor’s office, which had been tricked out with office-bland watercolour landscapes, a framed Rob Ford football jersey, a “Keep Calm and Carry On” poster, and a pair of Rob Ford bobble-heads perched on an executive assistant’s desk. The crew was still trickling in for the day, so the lights were dim. For those who had been riveted by the Ford soap opera, which ran from 2010 to 2014, being on set was a little vertigo-inducing, like falling into a time machine and being spat out at the scene of an impending car crash.

Next to Tollman sat Randy Manis, 47, an entertainment lawyer who, after two decades of labouring in the shadows of the industry as a distributor and dealmaker, is in the midst of increasing his own production activities. Manis is the producer of Run This Town, and he and Tollman also produced Jonathan, a sci-fi drama starring Ansel Elgort (Baby Driver), which premiered to good reviews at this year’s Tribeca Film Festival.

Still, it’s probably fair to say that neither man is a veteran of dealing with the press.

That is likely one reason they were caught off guard when Robyn Doolittle, a Globe and Mail reporter who was instrumental in breaking the Ford-as-crack-smoker story while on the City Hall beat at the Toronto Star in 2013, tweeted her thoughts about a Hollywood Reporter article trumpeting the casting of Lewis-as-Ford, which happened to note the film would focus on a young reporter played by Ben Platt. “I’m glad they’re rewriting the fact that it was a female reporter who investigated Rob Ford,” Doolittle drolled, weary tongue in cheek. “Why have a woman be a lead character when a man could do it? Ammaright?”

Twitter did what Twitter does, and the scolding messages began flooding Tollman’s phone. (At last count, Doolittle’s tweet had been “liked” almost 16,000 times.) Outlets around the world published hot takes, none of them favourable.

Arriving amid a long overdue, heated conversation about the ways in which women’s voices and their stories have been marginalized in media and Hollywood, the film certainly seemed ill-timed. Still, Tollman felt sideswiped. After all, he had been working for years to bring what he sees as a different marginalized cohort to the screen: millennials, many of whom have had great difficulty gaining traction in their chosen careers. Run This Town is loosely based on Tollman’s brother, Jason, who worked as an overnight anchor and reporter at 680 News, and as a news writer at CityTV, before leaving journalism entirely.

“It’s about a guy who dreams of being an investigative journalist, doesn’t know how to, so wishes that they were part of something that they’re not,” Tollman explains. “I saw that with my brother, and I saw that with friends in other industries: They were really on the periphery of stories, trying to get in, and looking in and seeing people that were more experienced and more knowledgeable.”

Tollman himself pinballed from one job to another, enduring a series of internships before finally gaining a toehold a few years ago as Manis’s assistant.

He says that’s partly why he feels the criticism was unfair. “They don’t know me, they don’t know what the script is,” he says. “They’re just taking a tweet and believing it at face value. And not letting me say anything about it. And I think if I had said anything about it, I don’t think it would have mattered to any of those people, because they had already chosen what their stance was. You see that happening on the internet [every day].

“There’s this strange phenomenon, that people just want to get angry about something. And unfortunately that was the cause of the day. And I’m sure when the movie comes out, stuff like that will resurface. Maybe I’ll be able to say my part, but I’m not sure it will matter. And that’s what upsets me most.”

Manis adds: “Never in our wildest dreams did we consider that there was any sort of gender-swap, or any co-opting of somebody’s story.”

Part of their disappointment is that Run This Town is a rare Canadian film that is both set and shot in Toronto, which they believe could have widespread commercial appeal. “We’ve done movies in the past where it’s been like: ‘How can we change the street signs or change the licence plates?’ It’s probably the only place in the world where that happens,” Manis says. “I think it’s a shame – and silly. Toronto’s one of the greatest cities in the world.”

Tollman argues there’s an inferiority complex that besets the Canadian film industry, a belief that people outside the country aren’t interested in our stories. “I don’t want to make movies just for my friends and family in Toronto,” he says. “I want to make movies that are available and are wanted to be seen by audiences around the world.”

Manis has a string of credits on non-Canadian films, including executive producer of the 2005 doc Murderball, made when he was a senior vice-president of the respected indie label ThinkFilm, as well as executive producer of both Margin Call (2011) and Kill Your Darlings (2013). He also produced the 2014 Canadian film The Calling. A few years ago, he and Tollman opened The Archive, a boutique distribution company that looks for highbrow commercial fare. They snapped up the Canadian rights to last year’s Palme d’Or winner, The Square, and The Insult, both of which were nominated for the foreign-language Oscar.

Working with producers, financiers and distributors, and doing production legal work on films shot in Toronto such as Spotlight brings Manis into the orbit of agents and talent lawyers. All of which makes it easier for him to land actors such as Damian Lewis, Ben Platt and Jennifer Ehle, who plays Platt’s boss in Run This Town, as well as the Canadian actors Nina Dobrev (Vampire Diaries), Mena Massoud, Scott Speedman and Gil Bellows, who round out the film’s cast.

Manis says he is also working with Jay Baruchel on a project they hope to get off the ground in the next few months. “He’s one of the only Canadians who’s gone to the States, had success, but comes home and wears his Canadian citizenship and flag with pride. Why can somebody from the U.K. go become famous in Hollywood, and still go back to the U.K. and make movies, but Canadian actors don’t really do that?” he asks.

“Look at the pride that Torontonians take in Drake: Somebody who had success and still wears Toronto on his heart and sleeve. That has had a major impact on this city. I’d love to see that happen with film as well.” 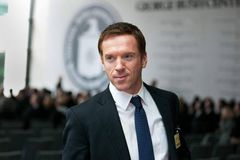