One of the opening scenes in the new film One Night in Miami has the pioneering sixties soul singer Sam Cooke bombing in front of a white audience at New York’s Copacabana nightclub. The emcee suggests the crowd offer Cooke a “warm welcome,” but they give him the frozen mitt instead.

Music artists in the 1960s, even more than today, were told to stay in one place creatively. Artists of colour in particular. Of course, the restrictions were hardly limited to the recording industry. As the Black poet Langston Hughes wrote in I Look at the World, segregation was omnipresent: “This fenced-off narrow space, assigned to me ... ”

In 1964, Muhammad Ali (then known as Cassius Clay) defeated Sonny Liston in Miami to win the heavyweight boxing championship of the world. After the fight, he gathered with friends Malcolm X, footballer Jim Brown and Cooke in a hotel room. Regina King’s new film imagines the conversations that took place between the four significantly successful African-American men.

“Black people are dying,” Muslim activist Malcolm X tells Cooke. “You need to pick a side.”

Cooke, an impossibly smooth-singing Mississippian who mesmerized with the intense gospel of Touch the Hem of His Garment but courted mainstream audiences with Saturday-night party tunes and sweater-vested You Send Me sentimentality, didn’t want to pick a side. In the film, adapted from Kemp Powers’s 2013 play of the same name, Cooke foresees “one music for all people.”

Played by the actor, Broadway star and jazz artist Leslie Odom Jr., Cooke talks in the film about returning to the Copa to win over the fancy-room people.

“It breaks my heart to think there would be any room in this country that wouldn’t realize the great gift it was to witness the talents of Sam Cooke,” says Odom Jr., who played Aaron Burr in the hip-hop-told historical musical Hamilton. “But although I wish I could tell him ‘Sam, you don’t need them,’ I have the feeling he would tell me that it wasn’t just about white acceptance.”

What it was about was breaking ground. Cooke did return to the Copa, later in 1964. The show resulted in the live album Sam Cooke at the Copa. More importantly, the positive concert reviews helped him book similar venues across the country.

“It was for his purse,” says Odom Jr., speaking on a Zoom call from Los Angeles. “The Copa and the other rooms were a different economic echelon. Back then, even more than now, there were gatekeepers, and they guarded those gates fiercely.”

Cooke looked at the world practically, then, in the way that Hughes did poetically: “That all these walls oppression builds will have to go!”

A man of complexity and contradictions, Cooke may have sang on his church-solemn civil-rights anthem A Change Is Gonna Come that he was “born by the river,” but he died outside a prostitute’s motel room, shot to death under less than saintly conditions.

The movie closes with Odom Jr. as Cooke capably performing the song. Changes have come, particularly in the entertainment world. Black stories are being told in Hollywood more often, in better ways and with more financial success than ever before. Black music (in the form of hip hop and R&B) dominates the pop charts. And one doesn’t need to tell Odom Jr. about how well Hamilton with its coloured-skin cast is faring.

“I think Sam would have been very proud of what we’ve built in the arts,” Odom Jr. says, “but he would know that the work is not done. He was no dummy.”

Indeed, Cooke was a visionary with an entrepreneurial flair and a shrewd business acumen. Here was a son of a Baptist minister who, with matinee-idol looks and an angelic tenor voice, attracted swooning teenage girls and popularized gospel music. Not staying in one lane, he then went the pop route and became the first mainstream African-American artist to establish his own record company.

Set during the civil-rights movement, the film is strikingly relevant today. We see a newscast of Mike Wallace warning about Muslim activists such as Malcolm X who “preach a gospel of hate that would set out a federal investigation if it were preached by Southern whites.” If it were preached? This was both-sidesism that didn’t ever bother to acknowledge the obvious and odious other side.

Odom Jr. says he has “no idea” when or if Cooke’s change will come completely. But he does mention a recent historic moment – one quickly overshadowed by what he calls the “white supremacy and hatred” that happened when the U.S. Capitol in Washington was stormed.

“We had Stacey Abrams doing something as American as apple pie, which is to register people to vote,” he says, referring to the African-American politician from Georgia who helped Democrats win both federal senatorial races in that state last week. “We see what can happen when this system works. And that when it works for all people, we can achieve great things.”

One Night in Miami is available to stream starting Jan. 15 on Amazon Prime Video 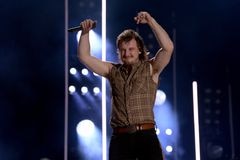 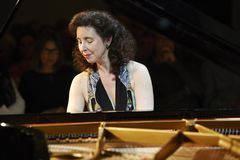 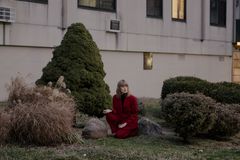