Like many Canadians of a certain sensibility and birthplace (Montreal), Helen Zukerman has found comfort these past few months in the words of Leonard Cohen. Specifically the song Anthem, in which the late musician intones that “There is a crack in everything. That’s how the light gets in.”

“This year has been such a departure from what we have been used to doing for so long,” says Zukerman, the founder and artistic director of the Toronto Jewish Film Festival (TJFF), “but I want to tell you: it has been great for everyone. For us, and the community. We now have the opportunity to reach beyond our usual audience, to have more guests than ever before, to showcase more artists. That was the crack we found to let the light in this year.”

In a situation familiar to absolutely every other arts organization in the world, the TJFF had to abandon all plans this spring and innovate on the fly this year. But for a mid-sized film festival in a city where it can be hard to command attention if your organization isn’t named TIFF or Hot Docs (or half a dozen other more marquee entities), the TJFF already possesses a perhaps surprising knack of forward-thinking digital nimbleness. In 2017, Zukerman and her team built TJFF Online, or J-Flix as it’s better-known, an interactive digital streaming hub that provides Canadians free access to a wealth of past festival titles.

“The way technology was going, we knew we had to do something interactive,” Zukerman said back when the service, which now boasts 150 films, launched. “The very nature of filmgoing has changed, so we should change with it.”

In keeping with that goal, the TJFF this year was one of the first film festivals in the world to decide to go the virtual route, splitting itself in two parts: one slate running this past May and June, the other Oct. 22 through Nov. 1. For the second half, titles will be available to view for a 48-hour window, and are available to anyone in Ontario, greatly expanding the festival’s typical reach.

Part of the decision to go digital, and not cancel outright, had to do with timing: Just before the pandemic was declared in mid-March, Zukerman’s team had already chosen nearly all the films for its physical festival, upward of 100 titles. And paid for them, too.

“We sent out an announcement at the end of March saying we needed to have a change of plans, and then we started immediately looking around for a platform,” says Zukerman today. “Since then, it’s been constant work, work, work.”

While some distributors and filmmakers were wary of going the online-only route, believing that a return to physical theatres wasn’t far off and could be threatened by a digital-first release, most came around quickly to the virtual world that the TJFF was helping to pioneer.

“Nobody knew how long this was going to go on, so we decided to go ahead,” says Zukerman, crediting executive director Debbie Werner and director of operations Jérémie Abessira with pushing through the immense logistical challenges. “It wasn’t easy to get distributors and filmmakers to agree to do this online. But as time went on, more and more agreed.”

TJFF’s second half includes more than 50 films, and will open with Eytan Fox’s drama Sublet, a cross-generational love story. Other selections include the documentary Army of Lovers in the Holy Land, chronicling the ’90s European pop group, and the coming-of-age tale Minyan based on a short story by Toronto author David Bezmozgis. While a number of this year’s films, including the doc Shared Legacies: The African-American Jewish Civil Rights Alliance, showcase the type of culture-spanning and provocative cinema that the TJFF is known for – the festival has a history of screening works that don’t align with contemporary Israeli politics – there is a distinct air of intentional levity to the 2020 program.

“The last thing that we need at this time are more heavy-duty films, [so we decided] just to lighten things up a bit,” says Zukerman.

While revenue is down by about 20 per cent from last year’s festival, Zukerman says it is difficult to tell if actual viewership is off, too. Like TIFF or Hot Docs this year, one ticket to a virtual screening can be accessed by an entire household.

“We’re pleasantly surprised, but it is hard to tell,” she says. “It does make sense, though. A lot of our audience are in their sixties or older. They want to watch movies, but are not comfortable going to a theatre yet.”

And while some might assume that older TJFF audience might be unfamiliar with navigating online screening technology, Zukerman says not so fast.

“A lot of our seniors are on e-mail and all over the place, so let’s not prejudge people,” she says. “We’ve had two to three technical people on standby to help answer questions on things like connecting your computer to your TV screen, but everyone got on board. We helped them, and they’ve helped us.” 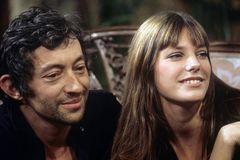 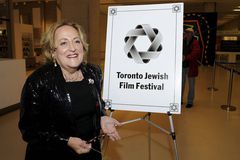