Sean SilcoffTechnology Reporter
Published May 28, 2020 Updated May 29, 2020
For Subscribers

Toronto-based corporate filmmaker Jon Hyatt was thinking of making a horror movie or documentary when he walked into a real-life situation that would terrify any parent.

It was March, 2017, and he arrived at brother Richard’s holiday home in Florida to discover his four nephews and nieces, then aged 7 to 14, were in a standoff with their recently separated father. The reason: The WiFi had gone out, meaning they couldn’t go online on their mobile devices.

“You try to explain to the kids, ‘there’s no internet,' ” Richard Hyatt recalls. “They were going nuts,” swearing and refusing to go to the pool or beach. “They just wanted to sit in front of their devices. It was like Mutiny on the Bounty.” After discussing with his brother how pervasive screen addiction had become, “We said, ‘This is a film. This is a horror film,’ ” Jon Hyatt recalls. “These things are taking us over. Why isn’t anyone talking about this?”

Hyatt is hoping to kick off a global discussion about the effects of too much screen time with the release this week of the resulting documentary, Screened Out. The busy, 71-minute film turns the camera on the filmmaker’s own family, as he and his wife attempt to curtail screen time for their three young boys – and themselves.

Using his family experience as the film’s framing device, like a Supersize Me for smartphones, Hyatt, the director, writer and co-producer, visits 20 academics, authors, psychologists, marketing experts and therapists and advocates, as well as parents, educators and teenagers. His goal is to discover whether smartphones actually are addictive (spoiler alert: they are), what they do to us and how they affect young people.

His travels take him to a digital detox centre in Washington State and a Waldorf School in Silicon Valley where tech executives send their kids for screen-free education. There’s also an amusing visit to the Personal Computer Museum in Brantford, Ont., where (since deceased) founder Syd Bolton notes the technology of yesteryear was clunkier and not nearly as easy to use.

The film also spends a bit of time in South Korea, where people are even more addicted to screens than North Americans, to the point that the government passed a law forbidding children from playing video games after midnight.

Much of the documentary’s findings are hardly surprising and have been widely reported – we do indeed spend hours a day, at all ages, online, which has led to shrinking attention spans and had a negative impact on mental health, particularly among teenagers, while screen-focused adults have become disengaged and distracted from parenting duties.

One 13-year-old girl identified as Victoria talks about how she almost jumped out her bedroom window after feeling she didn’t measure up to those in her Instagram feed. Her mirror is now papered with motivational sticky note messages, but she and her father say the family still struggles with her pull to the online world.

The film lays the blame at the feet of Silicon Valley companies – notably Facebook Inc., owner of the eponymous app as well as Instagram, and Snapchat parent Snap Inc. – for engineering its offerings to be as addictive as slot machines. (Hyatt noted in an interview he is not anti-technology – he’s fine with Zoom calls with family members and online classes for example; he also reached out to Facebook, Instagram and SnapChat, but they all declined to participate.)

The film features damning clips from former Facebook executives Sean Parker and Chamath Palihapitiya saying the company knew early on it was preying on human psychological weaknesses in making the platform so addictive.

As for his own experiences, Hyatt captures an on-screen tantrum by one of his sons when he pulls away a smartphone and tells his boys they’ll be limited to weekend screen time. Then “something wonderful happened: Boredom,” he says in the voiceover. It turns out device withdrawal prompts kids to run and play outside and become creative; mindfulness, yoga and strict screen time limits are also recommended at the film’s end.

As for the filmmaker himself, he first deactivated, and then deleted Facebook from his phone, which left him feeling less impulsive and liberated to do other things such as read fiction and spend time with his children. Near the end of the film, two of his sons, both under 10, tell him and his wife it makes them sad when the parents zone out on their phones. What they really want is to spend more time with them.

Not surprisingly, the film has led to animated discussions among family members who have viewed it together, Hyatt said.

“I think we’re going to start realizing we’re not alone as parents; we’re all kind of going through the same thing and it’s up to us to say, ‘This is not right, this is not healthy,' ” Richard Hyatt said.

Screened Out was financed and executive produced by Jon Hyatt’s older brothers Richard and Michael – successful entrepreneurs who have built and sold two technology companies – and another tech entrepreneur, Naresh Bangia. It is distributed in North America by Dark Star Pictures and through video-on-demand channels including iTunes and YouTube.

Film Review
Netflix’s I’m No Longer Here is a beautiful and intoxicating trip into a Mexican subculture
Subscriber content
May 29, 2020 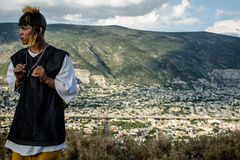 Film Review
The Vast of Night is low-fi sci-fi at its very B-movie best
Subscriber content
May 29, 2020 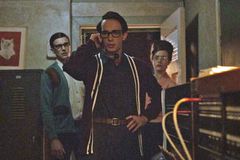