Even if you’ve never seen a Julia Ducournau film, you’re likely half-familiar with the French director’s work, in a passing-headline kind of way.

In 2016, the world premiere of her cannibal horror Raw offered the kind of publicity you can’t buy, when audience members passed out during a screening at the Toronto International Film Festival. Five years later, Ducournau’s follow-up, the genre- and gender-bending Titane, delivered a buzzy uproar during its Cannes premiere, thanks to several scenes of intense violence, plus two moments where the lead character has sex with cars (not “in” but “with”). If that wasn’t enough, Titane’s TIFF premiere in September – a few months after Ducournau left Cannes with the festival’s Palme d’Or – caused yet another viewer to faint. (Although they were apparently so impressed by the film that they returned midway after being attended to by paramedics.)

All of which is to say that Ducournau carries something of a larger-than-life shock-cinema reputation. But for all of Titane’s intense elements – the film follows Alexia, a serial killer and automobile fetishist who goes on the run, posing as the long-lost son of a fireman named Vincent – it is ultimately a story of rebirth, family and the limits of our skin-and-bone bodies. Oh, and there’s also a delightfully hilarious scene where the two lead characters save a drug-overdose victim by resuscitating him to the tune of Macarena.

As Titane continues to provoke heated responses from moviegoers, Ducournau spoke with The Globe and Mail about the most polarizing film of the season.

I think before we talk about anything, I have to ask about the Macarena scene. Where did that come from?

I like all scenes that turn out to be funny, that are going to morph throughout and the mood you started with takes a turn. Here, it starts off with the social drama that’s realistic and heavy. And then the door opens for another mood. The Macarena comes in, and it’s the last thing you’d expect. But the song is also the right pace for giving CPR. There are two songs for this: Macarena and Stayin’ Alive by the Bee Gees. Macarena is clearly funnier.

Titane’s marketing is all about emphasizing its shock value. And, in a way, your career has been marked by that narrative. How do you think shock does, or doesn’t, play a role in your filmmaking?

I never have that in mind when I’m making films. I think there’s something gratuitous and a bit depreciative in the use of the “shock value” expression. My only goal is to somehow make you gradually get in touch with my characters, accept them, love them and feel for them. I don’t go beyond that. Even in the scene where we have Alexia trying to change her appearance in the bathroom of the airport. I don’t think that scene is graphic – everything happens with the sound, not what’s on-screen. But it also works, so I’m happy with it, with making you anticipate the worst thing that might happen. The whole thing of my career being followed by this shock-value expression or definition always comes after making the film. It never comes from me.

The term “body horror” is also being used a lot when talking about this film. But I found myself more repulsed not by the moments of bloody violence, but by the extremes that Alexia and Vincent put their own bodies through, a different sort of violence. Was this kind of an intentional repurposing of “body horror” as we know it?

Definitely. But again, everything is intentional. [Laughs] That’s the whole point! But I’m very comfortable with the term “body horror.” I don’t think my film is body horror all the way through. I do use the grammar of body horror, and it’s symbolic of something. It’s about opening the skin to get inside. But I also use the grammar of comedy, the thriller, the drama. The point is trying to subvert all the codes linked to these types of films in order to make them mine.

The second half of the story, where Alexia impersonates the long-lost son of Vincent, reminded me of David Grann’s New Yorker article from 2008 about the Frenchman Frederic Bourdin, who impersonated scores of identities, including teenage boys …

Yes, there is a documentary about him, The Imposter. It’s a fascinating story and obviously identity-stealing stories can look a little the same. His is really extreme, as he did it in so many families, and was so much older than the kids he was impersonating. I mean, I can’t tell you [Titane] is an adaptation of this. But the story is very interesting, as well.

The casting process you used is interesting, in that you wrote the role of Vincent specifically for actor Vincent Lindon, but you found your Alexia, Agathe Rousselle, via Instagram.

I wanted to mix two energies that are different but complementary on set. So you have the energy of this huge star with 40 years of a career and who exercises his art in a masterful way, but at the same time does not have the code of my cinema. And on the other side, I knew for Alexia I needed a non-professional, with an androgynous look, and an unknown face. I did not want the audience to project anything else on that face in order to accept the extent of her transformation. At the start, I cast both a female and male person for that role. But then my casting director went through Instagram, and came up with a bunch of profiles. Agathe was a great asset, because you can change the angles and light on her and she’s a whole other person. 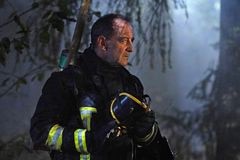 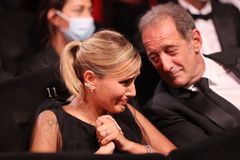 Fall 2021 film preview: The Bond we’ve been expecting, Come From Away on film and more
Subscriber content
September 22, 2021 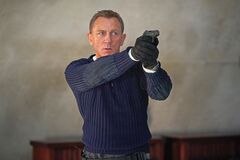