Filmmaker, broadcaster, musician, artist and activist Sook-Yin Lee could easily be dubbed Canada’s Queen of All Media – although more than a decade ago, she almost lost her job for pursuing her artistic ambitions.

“It became about how much control your boss can have over your life, which was a very important conversation to have at the CBC at that time,” Lee recalls over drinks at restaurant Grey Gardens, in Toronto’s Kensington Market neighbourhood.

The incident sparked a public outcry as letters of support flooded in from the likes of Yoko Ono, Francis Ford Coppola and David Cronenberg. Shortbus ended up receiving a standing ovation at the 2006 Cannes Film Festival, and Lee continued on with the CBC, where she currently hosts the podcast Sleepover, now as a freelancer for the corporation.

“It was a puritanical response,” Lee recalls. Nearly a decade after her quirky 2009 romantic comedy, Year of the Carnivore, the multihyphenate is preparing to premiere her second feature film, Octavio Is Dead!, at the city’s Inside Out film festival, and is in the mood to reminisce. “What was good was that I pushed through and they were forced to see they were wrong, that ‘People are behind this, they’re not homophobic, and it’s okay. … Sex is okay.’”

Octavio is Dead!, which premieres June 2 and will receive a theatrical release in Toronto starting June 22, is a stirring psycho-sexual ghost story, exploring themes of gender and sexual identity. There’s an eyebrow-raising sex scene between an older man and his younger lover, and the film’s lead actress, Sarah Gadon, spends half the movie in male drag.

The irony is not lost on the filmmaker that the film’s financer is the CBC’s new Breaking Barriers Fund, a production fund intended to help Canadian women and visible minorities make their movies.

“There’s always a tension between total constriction and fear, then openness as a result of past oppression,” Lee says. “It’s so cool that the CBC is supporting diverse voices and queer voices. … That fund helped us close financing … but as a person of colour, and a woman, you can feel like a token. I hope they give it a good time slot!”

Octavio is Dead! represents a new direction for Lee – one borne of gender queering and delicious ambiguity. Daniel Grant’s languid cinematography creates a visual language of evocation and lenses Hamilton as a dark and gothic city of ghosts.

Gadon plays Tyler, a withdrawn, listless twentysomething who lives with her volatile mother (an unhinged Rosanna Arquette). When they discover the news that her estranged father, Octavio (Raoul Max Trujillo), has died and left Tyler his apartment, she decides to pay her late father a visit. Upon returning to his abandoned study, she encounters his ghost, which leads her on a journey of self-exploration, dressing up in his clothes to present as a boy. Tyler soon forms a deep attraction to the hunky gay student Apostolis (Dimitris Kitsos). The only catch is that he believes she is a man.

While Twelfth Night and The Tempest have shown how cross-dressing can lead to deeper revelations of who we are, Gadon’s soulful performance centres a film that can raise more questions than it answers. It’s unclear whether Apostolis actually believes Tyler is a man, or is just seeing what he wants to believe. Like Shortbus, the lines between sex, gender, love, desire and attraction are there to be redefined.

For Gadon, 31, who has been typecast at times for her Hitchcockian blonde persona, the opportunity to do something radically outside her comfort zone was thrilling.

“After I read it, I thought, ‘This is bonkers, nobody’s has ever thought of me in this way,’” says Gadon, who also serves as executive producer. “Sook-Yin does not feel confined by any cinematic rules. At her core, I see her as a fantastic storyteller, and I wanted her to have the opportunity to make another film.”

To prepare, Lee and Gadon had a “cross-dressing party” at Gadon’s apartment where Gadon tried her on her boyfriend’s clothes to get into character. The classic olive-green 1960s men’s suit she wears in the film was originally bought by Lee at a vintage suit refurbishing shop on Church Street and is Sook-Yin’s own.

For Gadon, the face of Armani cosmetics, the film was a chance to tap into the more masculine aspects of her identity.

“I have definitely played into the more feminine side of the industry,” she says, “But Sook-Yin would say to me, ‘You have a really masculine energy, you’re very direct, your house isn’t girly.’ We would talk a lot about the different energies that co-exist inside of you.”

Lee adds: “She was extremely scared, which was another cue that this was great. The fear factor wasn’t something she could easily control, or explain her way out of.”

Tyler’s fraught relationship with her gender is inspired by Sook-Yin’s own fluidity.

“Although I am fluid, bisexual and unadhering to gender roles, there’s also something in sexuality and even the incarnation of typical femininity that still gives me the heebie-jeebies,” she says. “I feel neither male nor female, but really go between these things.”

However this novel depiction of gender identity has proven to be an obstacle for some film festivals.

“I’ve had programmers say, ‘Loved the movie, but she didn’t look ‘guy enough’ for me!” Lee says. “In this day and age, you can’t stop yourself from projecting what you think a guy’s supposed to look like and not respect that this individual is coming up with their own incarnation? What was I supposed to do, put hair on her chest?”

“Sarah is blessed with a face that creates a lot of easy projection. So much of her brilliant performance in Alias Grace dealt with this; she’s now being afforded more and more of these kinds of roles. The reason I stopped acting was that too often I was being offered roles where I was supposed to be the Chinese science student who lives at home with her grandfather who makes firecrackers, or the Vietnamese sidekick to a small person,” Lee adds. “There is a tendency to put people in boxes. As an actor and as a filmmaker, I want people to bust out.”

After a difficult journey determining where the film should land, Lee is excited to introduce the world to Octavio at Inside Out. The festival, which is in its 28th year, is now seeing a dramatically different landscape for queer cinema, one that’s broadened into diverse and intersectional programming.

For Andrew Murphy, director of programming at Inside Out, Octavio is Dead! represents a new continuum in Canada’s queer cinematic history. Beginning with David Secter’s Winter Kept Us Warm in 1965, and perhaps typified into stereotype with Thom Fitzgerald’s The Hanging Garden (1997), it includes filmmakers such as Patricia Rozema, Bruce LaBruce and Xavier Dolan. Rarely do trans or non-binary filmmakers become empowered to make their own films.

“When you think of what makes it to the cinema, there’s so much we’re not seeing,” Murphy says. “I think it’s great that Telefilm is now working toward gender parity, but people who identify as non-binary and trans also need to be part of that conversation. Sook-Yin has created a film that’s dark and mysterious and also taps into a conversation that’s unlike anything we’ve seen in the last couple of years.”

“It [used to be] very easy to be complacent and just show films with white dudes in locker rooms. Things aren’t as clear cut as they were even 10 years ago … and we’ve noticed that between the LGBT, there’s a lot more ’Q.’”

Octavio Is Dead! premieres June 2 at the Inside Out film festival in Toronto (insideout.ca) before opening in Toronto on June 22, and Aug. 6 on video-on-demand. 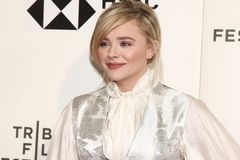 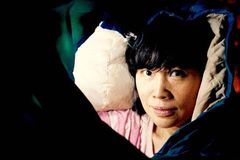 Sook-Yin Lee back with new show after Definitely Not the Opera’s end
June 21, 2016 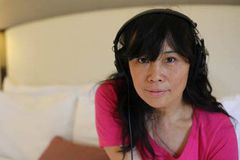