In his later years, Stan Lee – the one-time writer, editor, and publisher of Marvel Comics and its eternal brand ambassador – regularly played “Stan Lee,” a tongue-in-cheek version of himself, who popped up as a doddering bystander in whatever the latest Avengers movie happened to be. While little kids today likely recognize Lee – slicked back and thinning grey hair, wide black sunglasses, raspy voice – as That Same Old Guy Again, their older siblings, parents (and grandparents) know better. The real Stan Lee was no doddering fool, and was once quick to remind everyone of this fact.

Ever since entering the comic-book business in the late 1930s, Lee (who was born Stanley Martin Lieber and died Monday at age 95) not only created or cocreated hundreds of superpowered characters – Spider-Man, Thor, the Incredible Hulk, Iron Man, Black Panther, the Fantastic Four and so many X-Men – but he took great pleasure in ensuring that the world knew just who was the mad genius behind their success.

Back in Lee’s prime, he had most of Marvel’s comics end with a monthly column complete with the byline Stan “The Man” Lee and the exuberant sign-off, “Excelsior!” Through these columns, Lee engineered and cemented a very particular image, and creation myth. With his zippy, rhythmic, enthusiastic language − which read something like a letter you’d receive from your best, most hyperactive friend after a too-long summer at sleepover camp, Lee spoke directly to the (mostly) young, imaginative, and anxious audience who hoovered up Marvel comics like they were post-apocalyptic rations. Marvel, Lee eagerly detailed in these behind-the-curtain dispatches, was brimming over with geniuses, rival DC was “Brand Echh” or worse, and it was all (mostly) due to Stan the Man.

The cockiness, and Lee’s relentless promotion (both self- and otherwise), worked. Today, few would be able to name the founder of DC Comics (that’d be Malcolm Wheeler-Nicholson), who created that house’s first blockbuster, Superman (Jerry Siegel and Joe Shuster), or even the publisher who launched the company that would become Marvel Comics (Martin Goodman). But Lee is a name that sticks as the father of the American superhero – and in 2018, that means much more than even Lee could have dreamed of more than half a century ago.

It was then, in the early 1960s, that the comic-book landscape was dominated by square-jawed, altruistic do-gooders – super-patriotic ubermensches who were fun to fantasize about, but miles from relatable for any wide-eyed kid who picked up an issue. Collaborating with artists and writers like Steve Ditko (Spider-Man, Doctor Strange), Bill Everett (Daredevil), and the inimitable Jack Kirby (The Fantastic Four, Hulk, Iron Man, Thor, Silver Surfer, Professor Xavier, Magneto, and so many more), Lee and Marvel completely redefined what it meant to be a superhero. Suddenly, you didn’t need to be a perfect physical and emotional specimen to rescue the world – flawed characters could save the day, too. Maybe, even, someone like you.

“I always wrote for myself,” Lee said in 2016. “I figured I’m not that different from other people. If there’s a story I like a lot, there’s got to be others with similar tastes.”

Reed Richards, Sue Storm and the rest of the Fantastic Four family were just as eager to bicker with one another as they were to battle evildoers. Tony Stark was a billionaire playboy genius, but an alcoholic who didn’t know when enough was enough. X-Men like Cyclops, Beast and Jean Grey protected a society that clearly wanted nothing to do with them. Peter Parker was a twitchy kid who balanced immense guilt and feelings of romantic inadequacy in between saving New York City from myriad adversaries, some of whom were just as, or even more, complex. Nearly every character reflected some social or cultural anxiety – making Marvel not only a thrilling enterprise, but a relatively progressive one.

Lee and Marvel’s new version of this warts-and-all superhero proved to be a good reflection of Lee himself. While Lee was busy changing the culture, there were always questions about just who was responsible for those seismic shifts. Kirby left Marvel in 1970, and would use his remaining 24 years on Earth alleging that Lee was a fraud who hogged credit. Ditko, who left Marvel in 1966, has long held that Lee came up with the name “Spider-Man,” but everything else originated from Ditko’s pen. Various industry historians paint Lee more like Marvel’s very own P.T. Barnum, an irrepressible comics evangelist, than the ultimate mind behind the brightly coloured, multi-panel mayhem. (In a 2007 BBC documentary on Ditko, Lee defends himself by saying, “I really think the guy who dreams the thing up created it. You dream it up, and then you give it to anybody to draw.”)

Complicated, too, are Lee’s post-Marvel endeavours. After Lee left the company in the late 1990s, he embarked on a range of legacy-shoring projects, which ranged from the questionable (Stan Lee Media, which filed for Chapter 11 bankruptcy in 2001) to the forgettable (Stan Lee’s Sunday Comics subscription service) to the regrettable (SpikeTV’s animated superhero series Stripperella, produced by Lee’s POW! Entertainment production company).

And swirling above all of Lee’s later-life output were court battles involving family and former friends – rifts that appear to have surfaced after Lee’s wife of 69 years, Joan, died in July, 2017.

Whatever the actual history of Lee’s professional and personal life was, though, it is impossible to overstate just how much Marvel’s output under his heyday has changed Western culture.

Superheroes like Nick Fury and Black Widow and Bruce Banner not only saved the then-floundering comics industry, but have since completely revolutionized the modern entertainment landscape. Superhero cinema is now the dominant concern of Hollywood, with this past calendar year featuring nine big-screen blockbusters (seven of which featured cameos from Lee himself), and at least another 10 coming in 2019. Disney, which acquired Marvel Entertainment for US$4-billion in 2009, is betting that the future of digital content rests with even more superheroes, with the company leaning on mid-tier Marvel characters to populate their forthcoming streaming service Disney+ (dubbed by industry players as a “Netflix-killer”). And pop culture’s overarching devotion to pleasing “fandom” − that is, audiences' overwhelming devotion to continuity, to cinematic universes, to extremely specific canons – can all be traced back to Lee.

A hearty excelsior, then, to the greatest showman comic books ever had, and ever will. 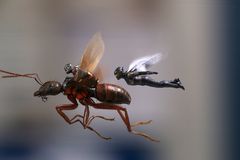 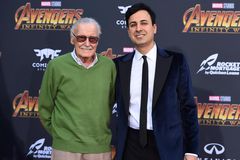 Opinion
Are we prepared for humans to become real-life superheroes?
April 27, 2018