Welcome back to The Globe and Mail’s new series, Summers at the Cinema, in which Globe Arts contributors offer a window into their favourite summer-movie memories from years past. This week, Marsha Lederman recalls the hothouse terror of 1979′s The Amityville Horror.

Growing up, I spent large swaths of my suburban Toronto summers in our basement rec room. It was nice and cool, and equipped with a stereo, piano, wet bar, telephone and a complete set of the Encyclopedia Britannica. I would spend hours down there, often alone.

Because that August, a couple of friends and I travelled downtown to the Plaza Theatre at the Hudson’s Bay Centre and – despite the film’s “Adult” rating (we were 13 and unaccompanied, which I think might have broken the rules) – we took in a screening of that summer’s hottest scary movie, The Amityville Horror.

It was about the Lutz family: mom, husband/stepfather, three children and a dog, who move into a big waterfront home in Amityville, N.Y. – a bucolic oceanfront community on Long Island. They get the house for a song (US$80,000; it was worth US$120,000 at least!) – because a year earlier, a man had murdered his family in it.

“I just wish that all those people hadn’t died here,” Kathy Lutz, played by Canadian actor Margot Kidder, says to her new husband George, played by an increasingly grizzled and sweaty James Brolin.

“Houses don’t have memories,” he assures her.

But from the sudden gust of wind disturbing the paperwork as the real-estate agent sits at the home’s kitchen table, we know that’s probably not the case.

The Lutzes move in and bad things start happening: hordes of flies (in late autumn), slamming doors, stuck windows, mysterious static on the phone. A Raggedy Ann doll is inexplicably transported from the little girl’s bed over to the rocking chair. By day four, George is chopping firewood like a lunatic, the little girl has a creepy imaginary (or is it imaginary?) friend named Jody, and black gunk is bubbling up from the toilet. Then the orthodontic-appliance-adorned babysitter gets locked in the closet. A closet that doesn’t have a lock.

Things get worse from there for the Lutzes. And for me in the audience – because, holy pig, this was a true story. And if it could happen in Amityville, why not in North York? I, too, had headgear. And, somewhere, a Raggedy Ann doll.

The paranormal activity, as it turns out, was coming from the basement. A room revealed only after George and a couple of friends (including the spirit-sensitive Carolyn, played with unintentional hilarity by Canadian actor Helen Shaver) hack their way through a bricked-up wall. The room was red.

This is what kept me out of my basement that summer. I would try to tell myself it was just a movie, but I knew it was based on a book that was based on a true story. I got it in my head that our cedar closet off the rec room, where our winter coats were spending the summer, might be the gateway to a red room. It didn’t help that my friends would prank-call my house and guttural-whisper “Get out,” à la the voice that the priest (Rod Steiger) hears when he tries to bless the Lutz house, but the angry Satanic spirits won’t let him.

Flies freaked me out, as did our crystal chandelier (there was a lot of chandelier-rattling in the movie). And I froze any time I saw a clock that read 3:15.

I’m not sure why this made such an impression on me, but even now, when I see 3:15 on a digital clock – the time George would inexplicably wake in the middle of the night and then prowl around, and also the approximate time that the film indicates the DeFeo murders occurred there a year earlier – I feel a twinge of alarm. Yes, to this day.

So, it was with some trepidation that I decided to rewatch the 1979 film for this exercise. I chose to do it in the middle of a bright summery day, with other people around. Just in case.

“November 13, 1974, Amityville, Long Island,” the chyron reads as the film opens. “A mother, father and four of their children murdered … no apparent motive.”

I, now a full-fledged grown-up, was tense as I took note of the copious flies and forehead sweat. I tried to relax, to approach the viewing from a detached, intellectual perspective.

I read into the narrative an interpretation of George as intruder on this family. George, the new husband and stepdad, is the one who becomes maniacal, a threat to the family. Kathy, a devout Catholic, is divorced. Was there some kind of moral message intended here?

I noted that the first words spoken in the movie are “Jesus Christ” (by the nosy detective who laughably shows up out of the blue to watch over the Lutzes a year after the murders), foreshadowing the prominent role Catholicism will play in the film: The priest’s stigmata-like blisters from holding the phone; the nun barfing; the upside-down cross on the wall – still one of the scariest moments in the film.

Because, yes, I was still surprisingly scared. I thought I would laugh out loud, not only at the film’s hokiness, but at my own naive, teenage self. Sure, I did LOL a few times, but I was also truly, genuinely on edge. I’m not sure if it was the film itself, or the memory of the absolute terror this purportedly true story induced in me 40 years ago.

Very much in the now, I was rattled by the appearance of a black cat in the film. I have a black cat! I may not have a basement, but I do have an attic – where more bad things happen in the movie. And when I walked outside after watching the film, I turned and looked at the house and realized, with horror, that my house is red.

I woke up in the middle of the night and looked with terror at the clock: 12:15. Phew, I thought.

Until it occurred to me that I’m on the West Coast.

Next week: Cathal Kelly suits up for a look back at 1989′s Cyborg.

Opinion
Summers at the Cinema: The drifting summer days of Grease, as remembered by Brad Wheeler
July 13, 2019 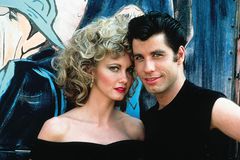 Summers at the Cinema: What Kubrick’s 2001: A Space Odyssey meant to a child unfamiliar with the adult world
Subscriber content
July 6, 2019 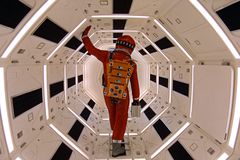