On Thursday, Telefilm Canada released “Partner of Choice,” its corporate plan for 2020 through 2023. The document is intended as a bold road map to ensure that the federal film-funding agency “will build on Canada’s rich cultural history and reaffirm our relevance to our country’s cultural sector.”

Although Telefilm’s goals are ambitious – it wants to grow its private-donation Talent Fund initiative, modernize its Success Index to determine what projects receive funding and redefine its senior management team – they arrive at a moment of tremendous cultural reckoning for Canada’s film industry. And it is a reckoning that places Telefilm dead-centre as an institution in need of deep and systemic change.

The calls for action were first sounded this month, after Canadian filmmaker Pavan Moondi posted a series of tweets critiquing the “disconnected” decision-making of Telefilm’s Dan Lyon, the feature-film executive for Ontario and Nunavut, who had rejected the director’s latest project. While urging Lyon to step down from his position of 15 years, Moondi also castigated Telefilm for not prioritizing its diversity initiatives, or for even defining what “diversity” means to the organization – four years after Telefilm said it was committing to doing just that in order to track which filmmakers were being afforded the Crown corporation’s precious few resources.

This led to Toronto producer Melissa D’Agostino alleging on Twitter that Lyon made a sexually inappropriate comment to her at a party while the two discussed a coming pitch meeting. (In a follow-up tweet, D’Agostino posted a clip from Daphne Simone’s 2019 documentary #MeAfterToo, in which she recounts the moment. While D’Agostino doesn’t name Lyon in the film, his image appears onscreen as she’s detailing the incident.)

The matter came to a head this past Thursday, when Telefilm announced it had hired Le Cabinet RH, a consulting firm that specializes in “psychological and/or sexual harassment complaints,” to investigate allegations of misconduct against one of its employees. Citing privacy concerns, Telefilm has not named the employee or provided further details. (Moondi and D’Agostino declined to speak with The Globe; Telefilm did not make Lyon available for an interview, and he has not responded to requests for comment.)

But in between the tweets and the launch of the investigation, the domestic filmmaking community has taken the moment to start a broader conversation about who gets to make which kinds of movies in Canada – a creative sector that, for many reasons, depends heavily on government support.

BIPOC TV & Film, a Toronto organization dedicated to advancing the representation of Black, Indigenous and other people of colour in the industry, issued a press release urging Telefilm to “show us your numbers” when it came to funding productions with diverse creative teams. Telefilm responded, but the agency was unable to answer key questions, such as how many BIPOC production companies have received funding over the past five years, because “the data was not collected.”

“Telefilm’s response is indicative of why they need BIPOC-led organizations and people with an understanding of systemic racism to break down the data,” says Nathalie Younglai, founder of BIPOC TV & Film. “There were many non-answers couched in lack of collecting of data, which need to be addressed.”

Montreal-based producer Samantha Kaine, who was instrumental in the recent Producer Pledge initiative that was launched to funnel COVID-19 relief funds to under-represented filmmakers, echoes Younglai’s concerns, and says that term limits should be issued for Telefilm executives. “Telefilm is due for a change, because there are far too many long-term gatekeepers in executive positions.”

Meanwhile, LGTBQ filmmakers have taken the past two weeks to make sure their voices aren’t lost in the discussion, either.

Lauren Collins and Ben Lewis, who pitched an LGBTQ-themed film to Lyon in 2016, recounted to The Globe how their film was passed over because gender parity was considered of more importance than LGBTQ content. “Gender parity was the top priority – and an important one – but we wondered: at the expense of how many other under-represented communities?” Lewis says.

Director Jake Horowitz recalled how his LGTBQ rom-com All About Who You Know, eventually released this past spring, was denied Telefilm funding when he pitched it in 2018. “They are known for doing things that are incredibly bland and try to be as inoffensive as possible, which leaves diverse filmmakers and LGTBQ filmmakers without a voice.”

All to which Telefilm’s executive director Christa Dickenson responds: We’re working on it.

In an interview this week, Dickenson admitted that Telefilm has fallen down on some of its commitments, but that the agency – which is charged with investing upward of $100-million annually in Canadian cinema – is moving as fast as it can to enact meaningful change.

“We have worked so much through our gender-parity goal and, yes, there has been a little misstep in the sense that we still need to support all women, as in, of all races and identities. There’s a lack of clarity in language and commitment around that, which needs to be redefined and re-explained,” says Dickenson, who took charge of Telefilm in June, 2018. “There was such a clear goal [with gender parity], but was it at the expense of something else? I don’t think so. It was a learning experience to see how it is that we can do similar initiatives.”

Much criticism stems from the fact that Telefilm has still not measured and defined diversity, despite former executive director Carolle Brabant saying in March, 2018, that the issue was “the top priority for 2018-19″ – itself a carried-over promise from November, 2016.

“Last year, we had an elaborated definition for various identities and we worked with stakeholders in the industry. But they were not comfortable yet … primarily from a privacy issue perspective, because the information is collected from the producer [of a project],” Dickenson says today. “We were nearly ready to release our definitions when we realized that we wouldn’t get the support to truly do this work hand-in-hand with the industry. I made the decision to press pause.”

Dickenson later formed the Working Group Meeting on Diversity and Inclusion, which first met this past March. The pandemic timing proved to be of backward benefit, as Telefilm was able to take a corporate-governance approach to the diversity issue, asking majority owners of the 471 production companies that received Telefilm’s $26.7-million COVID-19 relief fund whether they self-identified as a visible minority (64 companies, or 13 per cent of recipients, did so).

“That’s the first time we had concrete data, and we’re going to continue to do that across the board,” Dickenson says. “We’re building out our IT capacity to collect more data, and we’re taking to Ottawa a new personal-information form request. It’s complex, but we’ve made progress of leaps and bounds. If all the components line up, hopefully we can trigger this by next year.”

In further response to BIPOC TV & Film’s concerns, Telefilm announced that it was also creating at least one new role that will focus exclusively on diversity and inclusion.

“Why I haven’t come out saying, ‘It’s going to be this person and this is what we’re doing,’ is because I don’t want it to be a knee-jerk reaction, and I don’t want it to be tokenism,” Dickenson says. “I have a process of working with my executive leadership team, of bringing things to the board, and announcing it. The roles that we will be hiring will be ones that have concrete, meaningful impact, from operations to decision-making.”

But will Telefilm ask its anonymous outside script readers – whose assessments of whether a screenplay passes muster are critical to triggering financing – to self-identify so the organization can determine representation and protect against bias? Will it ask its filmmakers to voluntarily self-identify so it can collect data? Will it impose term limits on its decision-makers, so no single gatekeeper’s sensibility is responsible for an entire generation’s worth of Canadian content?

“We are absolutely committed to evolving,” Dickenson says. “Anything and everything is on the table.”

In the meantime, the Canadian arts community is committed to asking the hard questions. After his Twitter thread caught on, Moondi launched a Reddit forum for filmmakers to offer creative Telefilm solutions. Suggestions range from having juries evaluate projects from other jurisdictions to avoid regional bias, to replacing outside readers with rotating peered juries, similar to Telefilm’s microbudget Talent to Watch and Indigenous programs.

As to whether she has looked at the recommendations, Dickenson is frank.

“I cannot keep up with the tsunami of the content: phone calls, emails, Reddit, Twitter. I’m aware of it, but have I read the whole thread? No. The volume incoming to Telefilm is significant, to be very blunt,” she says. “I hope that people realize that in every one of our statements over the past few weeks, as we navigate what is an uncomfortable time, that we’re doing so head-on and with transparency, while respecting the privacy of employees and complainants.

“We want to engage with the industry and collaborate,” she adds, “and remind people that there’s so much that we do to begin with that speaks for itself.” 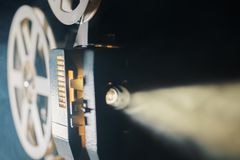 Inside CBC Gem, the best streaming service that no one is talking about
Subscriber content
July 21, 2020 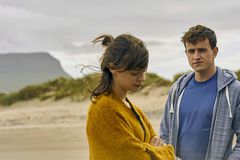 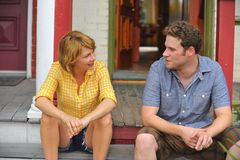 It was always hard for Canadian filmmakers, and now it just might be impossible
April 20, 2020 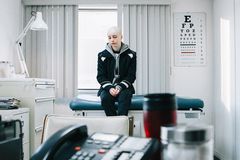