Kicking off with a “where-are-all-the-celebrities?” joke and winding down with the French-language drama A Colony (Une Colonie) taking home the evening’s top film prize, Sunday’s Canadian Screen Awards offered as many reasons to cheer as it did to exclaim, “Huh?” Before the Academy of Canadian Cinema and Television decides to start all over again next year and pull Howie Mandel out of cryostasis, The Globe and Mail’s Barry Hertz runs down the many high, low, and weird moments from the seventh annual CSAs.

Hostbusters: Just like February’s Academy Awards, this year’s CSAs went on without a host − although the decision was made long before the Oscars threw up its hands over the same issue. The hostless experiment mostly worked. Absolutely no one except Mandel’s agent was disappointed that a just-famous-enough Canadian wasn’t parachuted in from the U.S. for one magical evening. But the absence of a ringleader was noticeable toward the gala’s midpoint, when I wanted some sort of familiar face to gently riff on the abundance of super-emotional and solemn acceptance speeches.

Mary Goes Round: Comedy icon Mary Walsh was awarded the Earle Grey Award for her influential career, presented by fellow Newfoundlanders Jonny Harris (Murdoch Mysteries) and Susan Kent (This Hour Has 22 Minutes). But was it too much to ask that her introduction be, I don’t know, funny? At least where the introductory clip reel was earnest and staidly edited, Walsh’s acceptance speech was witty and sharp. “What did the guy in The Globe and Mail call me? ‘A big loud opinionated old bag’? I mean, he’s right. My volume control button drifted up a decade ago. And ‘big’? I was always a big girl for 12, and now I’m the size of three regulation-size Canadian actresses. It stands to reason that I owe three times the gratitude.” (For the record: It wasn’t me. Nor did my cursory search of The Globe’s archives Sunday night turn up any such reference. Someone get Marg Delahunty on the case.)

If Stephan Could Talk: Stephan James was the picture of homegrown pride and sincerity − even if the actor was only at the CSAs to receive the night’s weirdest honour: the inaugural Radius Award. The category is meant to honour a “Canadian who is making waves globally,” which James is certainly doing, having starred in last year’s Oscar-winning drama If Beale Street Could Talk and headlining the Amazon series Homecoming alongside Julia Roberts. But the Radius Award is also an awfully convenient way to shoehorn Hollywood-certified prestige into an evening intended to spotlight explicitly homegrown projects and artists.

The genesis of Théodore Pellerin, Canadian film’s next great export

Meet Sophie Dupuis, the Quebec filmmaker who could change Canadian film - if the rest of Canada could see her work, that is

Jerrymandering: Although I had to think for a moment whether actor Jerry O’Connell was in fact Canadian (he’s not), I was almost as happy that he was attending the CSAs as he was clearly delighted to be there. “It’s like I’m walking on air!” the actor enthused during an onstage bit about his beauty routine, before he stripped off his shirt to reveal a girdle. The Sliders star − I realize O’Connell is currently starring in the Canadian series Carter, but he’ll always be Sliders’ dimension-hopping Quinn Mallory to me − truly looked like he wouldn’t rather be anywhere else. You do you, Jerry O’Connell!

Kids Today: It was odd to see Eric McCormack present the Kids in the Hall with this year’s Icon Award − Will & Grace was funny enough, but McCormack is not exactly synonymous with the Kids’ subversive sensibilities. Was Kids’ guru Lorne Michaels not available? Either way, it was delightful to see members of the troupe in the same place again. Well, most of them. The CSAs scored a near-coup by securing appearances from Dave Foley, Bruce McCulloch, Kevin McDonald, and Scott Thompson. But Mark McKinney was busy filming the NBC sitcom Superstore, resulting in a random old woman coming out in his stead and delivering the gang’s acceptance speech (complete with an “I’m crushing your heads” gag). Not bad, Kids. Now give us the Brain Candy sequel we richly deserve.

Burning Down the House: Although Firecrackers bizarrely didn’t net a nomination for best motion picture, its director Jasmin Mozaffari won for best director. The first-time filmmaker delivered one of the night’s best acceptance speeches, too, calling out the patriarchal society her film targeted while at the same time displaying a sincere sense of paying-it-forward gratitude. “I think I’m one of the first women to win this award,” she said, “I don’t think I’ll be the last.”

Best Picture, Oui?: Given the fact that all five of this year’s nominees for best motion picture were French-language productions, there were bound to be shrugs when it came time to announce the winner Sunday. But there is still something to be said for the fact that A Colony is entirely unknown in every part of the country save Quebec. Its win also brings up the question of how comprehensive the CSAs actually are. This year, 49 feature films and 33 documentaries were submitted for CSA consideration. Although numbers are not available as to how many total Canadian films could have technically been eligible this year, consider this: In 2017, 122 Canadian films (including docs) were released in this country, according to Telefilm. Assuming 2018 wasn’t an aberration, there’s likely a sizable number of films that just are not in the CSAs game to begin with.

Peak Creek: Winning CSAs is nothing new for the Catherine O’Hara-led Schitt’s Creek (it went into this year’s gala with 11 CSA statuettes already to its name). But given how the CBC sitcom is now a genuine U.S. phenomenon (so is this part of Netflix’s $500-million commitment to Canadian productions?), there was something zeitgeist-y about the show winning best comedy series. “Wouldn’t we be happier if we were able to love out loud?” said Dan Levy, one of three Levys (including his father Eugene and uncle Fred) responsible for the show. Your move, Reitman dynasty. 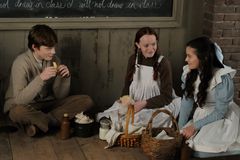 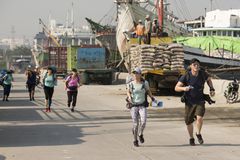 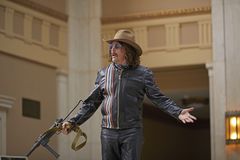