At midday on Tuesday, the Canadian-born star of Juno, Tales of the City and the X-Men franchise posted this to 3.6 million Instagram followers: “Hi, friends, I want to share with you that I am trans, my pronouns are he/they and my name is Elliot. I feel lucky … to have arrived at this place in my life. … I can’t begin to express how remarkable it feels to finally love who I am enough to pursue my authentic self.”

Over the next seven hours, 74,672 people commented on Elliot Page’s post. Janet Mock sent love, as did Miley Cyrus, Lena Dunham, Abbi Jacobson, Anna Paquin, Julianne Moore, Jason Reitman (who gave Page their breakout role, in Juno) and The Umbrella Academy, the Netflix series in which Page currently stars, about a family of reluctant superheroes.

But Page, who began their career as Ellen Page, has always used their celebrity as a platform to talk about issues. So the bulk of the post details the “staggering” discrimination and violence that trans people face, and calls out “political leaders who work to criminalize trans health care and deny our right to exist,” and “all of those with a massive platform who continue to spew hostility towards the trans community.”

Sure enough, seeded like land mines among the hearts, claps, prayer hands and blown kisses, were comments both ignorant (“you’ll always be a woman”) and cruel (“imagine being brainwashed to believe that altering your body will help achieve happiness”).

I’ve interviewed Page many times over the years – I’ve interviewed a lot of actors over the years – and I don’t think I’ve ever met anyone who is as forceful yet fragile, as open yet wary, as they. Some actors radiate sensitivity, and Page is one of them. It’s not preciousness; it’s a heightened delicacy, like a cricket’s antennae, almost as if they can calibrate the pressure of the air against their skin.

Actors catch flak for their privileged lives, and certainly, they can afford more external protection than most of us. But let’s remember what we’re asking them to do: We want – we expect – them to show us to ourselves. To create pain and joy so well that it feels real. To take us on a tour of their psyches, so that through them we can visit places we may not want to go to in our own. This is what the good ones do, and Page is one of the good ones. Even though I’ve witnessed it up close, I can’t get over the strength – the strength of vulnerability – that requires.

So now Page has unzippered their inner life that much further, and let’s face it, made their livelihood that much less certain (because few actors can bank on longevity). And yes, opened themselves that much more to physical threat. Maybe what we can do in return is remember that the talent that enriches actors also costs them. The tunnels they burrow into can be dark. It’s hard enough to be brave on a movie set, where everyone is on your side. It’s an order of magnitude harder to be brave on the precipice of selfhood, where the wind can blow very cold.

I hear pride and relief in that. But I also hear a person who’s hoping really hard that it can be true. 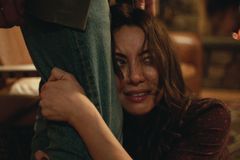 Alex Winter’s film about Frank Zappa is a conventional documentary on an unconventional man
November 26, 2020 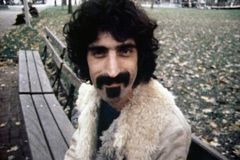 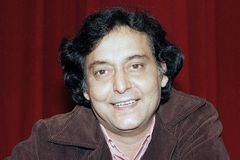