In 2017, 38 Canadian feature films were produced in Ontario. Don’t worry if you can’t name them all, or even a handful – there’s a reason why Canadian films account for 1.8 per cent of the domestic theatrical market. Combined with static government funding, disruptive technology, lacklustre branding and changing audience behaviour, making a Canadian film, and ensuring it makes an impression, is harder than ever.

But this increasingly difficult environment hasn't stopped filmmakers from dedicating their lives to their craft, and aspiring artists from pursuing their dreams. So what is the way forward?

Enter Focus on Features: The Future of Filmmaking in Ontario, a new study jointly prepared by the Directors Guild of Canada, the Producers Roundtable of Ontario, the Writers Guild of Canada and Ryerson University. The report, which will be released Nov. 29, aims to provide both a lay of the land in Ontario specifically, but English-language Canadian film in general, and identify next steps for an industry that, the report states, “is being badly eroded.”

“It begins with a dialogue. There’s so many people invested in this industry, so we need to look ahead and say, ‘Where do we all want to be?’” says Anna Stratton, a veteran producer (Lilies, The Girl King) and steering committee member for the report, in an interview with The Globe. “There will always be questions, but I think the most important thing is that [the landscape] is talked about and the stakeholders – the creators, the funders, the educators – have the conversation to ensure the survival of this industry.”

Adds director Andrew Cividino (Sleeping Giant), one of the many Canadian filmmakers interviewed for the report, “It’s important that we take a moment to reflect on where things are. There’s been so much change in how films are funded and produced and exhibited and consumed, and we’re all playing catch-up with our institutions.”

To that end, the study poses many questions, all equally pressing: What is the definition of a “movie” in a landscape where streaming and video-on-demand are threatening to eclipse theatres? How can the industry be more diverse? How can filmmakers work with insufficient development funding? How can producers increase the discoverability of their films? How can the industry support emerging filmmakers take that crucial next step, and evolve beyond their micro-budget first features?

Three case studies are provided to delve further into these queries: Stella Meghie’s Jean of the Joneses, Aisling Walsh’s Maudie, and Nathan Morlando’s Mean Dreams. Each film is technically an Ontario production, and released in 2016. Yet they couldn’t be more different, further complicating the idea of just what an “Ontario” film is, or could be. As the report notes, Jean of the Joneses and Maudie are both “stories rooted in another specific location” (Brooklyn and Nova Scotia, respectively), while Mean Dreams used the provincial landscape to pass as a “no-name” location. Meghie and Morlando are Canadian, but Walsh is Irish. And each film had to leverage different marketing strategies and American talent (Sherri Shepherd in Jean of the Joneses, Ethan Hawke in Maudie, Bill Paxton in Mean Dreams) to achieve something approaching large-scale awareness.

The case studies' analysis then results in further questions – could the industry benefit from “a more direct promotion of the films under an Ontario brand?” for instance – and myriad suggestions for future study, ranging from investigating how streaming services can promote homegrown films to developing demographic studies of the talent pool and identifying barriers in funding structures.

But the report largely eschews answers.

“I don’t have the answers, but I think it’s important to ask the questions – to spur dialogue and action,” says Stratton. “Obviously money is part of the answer.”

A decade ago, a similar report recommended that the Ontario Media Development Corporation (now re-branded as Ontario Creates) should build up support for feature films to about $46-million in equity funding over five years. In 2016-17, the OMDC spent just $4.5-million on 38 projects. To compare, in 2016-17 Quebec’s Societe de developpement des entreprises culturelle (SODEC) spent $24-million on 36 projects, or five times as much, despite the province having a population 60 per cent the size of Ontario’s.

"The system is severely underfunded. As the report shows, it's hard to make a sustainable career in just feature films," says filmmaker Warren P. Sonoda, chair of the Directors Guild of Canada's national directors division. "But when you do get to make your movie, well, that's the juice we all live to drink. The ability to tell your singular story the way you want to. There can definitely be better support out there, but there's a tenacity to this current group of filmmakers that will buck the trend."

Indeed, while the report acknowledges dire forecasts – the words “fatalistic” and “sucks” are employed – it concludes on a cautiously optimistic note. A “simple solution” would obviously be increasing funding for development and production, but there is movement on other beneficial strategies, such as training in new technology, “targeted training” to expand and diversify the talent pool, and a formal networking system to develop fresh creative voices.

“I’m optimistic in part because I’ve seen in the past several years the attempts by Telefilm and other agencies in adapting and trying new things to adjust to a rapidly changing landscape,” says Cividino, who is “still pushing the ball up the hill” to get his second feature made, three years after Sleeping Giant made its 2015 debut. “I’m not popping Champagne about it, but if we continue to work diligently, we’ll be able to continue a system that fosters domestic film production here, and doesn’t drive our talent to move south of the border.”

Adds Stratton, “I’m retired now, I’ve had my career in feature film. So I want to make sure there are opportunities for those who are coming along. Feature films remain important – it’s the brass ring in the media world. We began this report with the idea of looking at the core creative team: Where do they want to be 20 years from now? I think that the answers can only come from talking.” 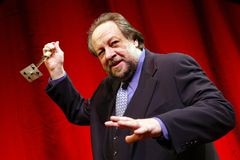 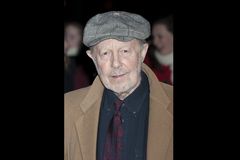