A good deal of critical energy in 2018 was spent discussing 1999. Between the increasingly popular project Podcast Like It’s 1999, Wired journalist Brian Raftery signing with Simon & Schuster for a book on 1999 at the movies and TIFF revealing that a large chunk of its winter programming would be dedicated to the era (The Matrix, Fight Club, Eyes Wide Shut), the mythical hold of the “last great year at the movies” has remained strong.

I’d wager, though, that in 19 years we’ll look at 2018 with just as much enthusiasm. There were so many works of intense creativity and varied soul-stirring sensibilities these past 12 months that narrowing the landscape down to a pithy list of 10 titles proved pretty much impossible (so I cheated. Because I can). The films below don’t even take into account the many entrancing movies that bubbled up on the festival circuit (High Life, Firecrackers, Rojo) but won’t get a proper berth until 2019.

But enough preface: Here are the 10 (or so) films that I couldn’t stop thinking about this year.

Hundreds of thousands of words have been spilled (guilty) trying, often in vain, to articulate just how towering an achievement Roma is. But somehow the typical superlatives don’t cut it when talking about Alfonso Cuaron’s cinematic act, as much a deeply intimate ode to his own childhood as a universal portrait of family and fear. We can spend the next few years tying ourselves in knots over the film’s Netflixized genesis (does the fact it was distributed by the streaming giant herald an end to the theatrical experience? Should it?) but so long as we’re watching it, that will be enough.

The Hollywood Foreign Press Association has already shown its cards, ignoring director Steve McQueen and his co-writer Gillian Flynn’s work for God knows what reasons (though it’s hard to imagine McQueen happily cozying up to Golden Globes cronies, so more power to him). But in many ways, Widows may go down as the defining film of 2018 – a sharp social commentary wrapped in the guise of a blockbuster, a last gasp of noble intentions from a studio (20th Century Fox) that will soon be consumed by the Walt Disney Company, and almost wholly rejected by audiences. Nothing worthwhile is ever easy, though, and Widows consistently challenges and fights back against expectations, an urgent and thrilling masterpiece that will outlast most of the 88 members of the HFPA.

3. You Were Never Really Here

Although it’s not Lynne Ramsay’s title (it comes courtesy of novelist Jonathan Ames), You Were Never Really Here neatly summarizes the film industry’s dismissive attitude to the director throughout her stop-and-go career. May this shattering and hypnotic work change that line of thinking forever. Ramsay creates a swirling, beautifully vulgar tornado of carnage with this underworld crime thriller and finds an ideal accomplice in Joaquin Phoenix, who offers the most fiery performance of his career (right behind his other 2018 roles in The Sisters Brothers and Don’t Worry, He Won’t Get Far on Foot).

Another four-star masterpiece that 2018 seems to have already forgotten about, Damien Chazelle’s journey to the moon and back may age better once distanced from critiques both verging on valid (it is indeed a cold film, but that’s the point) and ridiculous (it’s about as anti-American as a special counsel investigation). This is immersive and often dizzying work from a director whose vision leapfrogs with every film. May it live in the imagination for as long as Neil Armstrong’s lunar walk has.

It takes at least two viewings of Lee Chang-dong’s Burning to feel satisfied by the many itches he’s scratching – a too-large leap for some, given its deliberately slow pace. But the rewards are rich, with the director using each of his 148 minutes to keep the eye and the mind alive, as he Trojan Horses a murder mystery into a relentless inquisition of modern-day South Korea.

6. Can You Ever Forgive Me?

One recent take-down of Marielle Heller’s film mocked its reliance on New York circa 1992 being its own character. But you know what? Damn straight it is, and Heller wonderfully captures the city at a crucial turning point, with author-turned-literary-forger Lee Israel (Melissa McCarthy) caught between the creaky New York that could afford mild successes like hers and an elite haven that has no room for anyone without the right pull. If that’s not enough, fine: The irresistible, irrepressible chemistry between McCarthy and co-star Richard E. Grant guarantees Can You Ever Forgive Me? a spot as one of the great relationship dramas of the year.

7. The Other Side of the Wind and Shirkers (tie)

This is one of the aforementioned cheats, but there’s something remarkable about 2018 delivering two out-and-out masterpieces that were almost lost to time, stubbornness or outright malice. The fact that both saw the light of day thanks to Netflix’s deep pockets is, if not confounding, then at least endlessly fascinating. Orson Welles’s The Other Side of the Wind is a welcome punch in the gut to the current concept of cinema, as much a magnificent museum project as an actual film. Sandi Tan’s Shirkers, meanwhile, is a more dispiriting act of restoration – a documentary about a film literally stolen from her decades ago – but as powerful an act of reclamation as you’re likely to see.

For Tom Cruise’s next, inevitably insane Mission: Impossible sequel, he should really consider casting Alex Honnold as his co-star. There were no two people in 2018 who literally risked life and limb for the big screen more than these lovable idiots. As the daredevil climber who goes without ropes or a harness, Honnold propelled Jimmy Chin and Elizabeth Chai Vasarhelyi’s documentary Free Solo to disgustingly thrilling heights. As Fallout’s superspy Ethan Hunt, Cruise made escaping death high art, allowing his frequent collaborator and director Christopher McQuarrie to once again escape a wrongful-death lawsuit. Both men should be honoured for so stupidly and repeatedly flipping Fate the bird.

Not that 2018 was different from any other year in Canadian cinema, but the concern over the landscape’s future was, let’s say, acutely felt. Sofia Bohdanowicz’s Maison du Bonheur, her second documentary, doesn’t solve the industry’s problems – in fact, it only amplifies them, given what few resources the director had at her disposal – but it does prove we have the brightest artists right in our midst. A supremely thoughtful and careful study of one elderly Parisian woman, Maison du Bonheur is as revealing as it is honest and sincere. This is a film to seek out and cherish.

10. Spider-Man: Into the Spider-Verse

As the superhero genre expands exponentially, it’s tempting to write off any critic who dares suggest there’s art to be found within the perpetual money machine. But the zippily animated, boundlessly energetic Spider-Man: Into the Spider-Verse is both a grand achievement of the medium and fun as hell. There’s no reason (aside from cold hard cash) that 2018 needed two films starring two different Spideys, but I would rather watch Peter Ramsey, Bob Persichetti and Rodney Rothman’s joyous concoction than Avengers: Infinity War any day – and with a stupidly wide grin on my face at that. Now give me that Peter Porker spinoff, dammit. 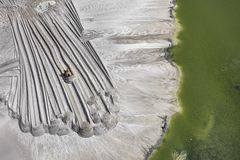