The end credits of Falls Around Her, a starring vehicle for the Canadian actress Tantoo Cardinal, finish with a long list of funding agencies that contributed to the budget. Good, I thought. It’s time.

Cardinal, 68, whose heritage includes Cree and Métis, has done her share of dispensing wisdom in one scene a film, for directors including Bruce Beresford (Black Robe) and Kevin Costner (Dances with Wolves), and co-stars like Brad Pitt (Legends of the Fall). She’s played enough characters identified only as Sonny’s Mother or Chomina’s Wife, or Nurse or Hooker, Waitress or Old Native American Woman. In Falls Around Her, which was written and directed by Darlene Naponse, Cardinal’s character has a full name, Mary Birchbark. And, for the first time in her 49-year career, Cardinal’s own name is above the title. Canadian arts organizations should pay for that. She’s earned it.

“I’ve always had moments on screen,” Cardinal said in a phone interview from Vancouver, where she was shooting a series pilot for ABC (more on that later). She takes her time speaking – you can hear her thinking aloud – but her voice brims with good humour. “It’s cool to finally have a full arc. So often I’ve had to build my own characters, and I’m stopped before I can use it all – ‘No, that’s all we need, just that little bit.’ This time, I got to carry the whole story we were telling inside my being. What a complete feeling it was, to use everything I’ve built up inside. It was like medicine.”

We meet Mary – “a woman who has lived a strong life,” Cardinal says – as she’s walking away from a thriving singing career. She returns to a spare cabin in the bush to reconnect with her family, her land, and herself. “She needs to replenish her creative force,” Cardinal says. “She’s had enough of that outside world. It feels like splintered-ness, like chaos. She needs nourishment, communion with the environment, being out there in the wordless wisdom, compassion and love of the Earth. What an honour, really, to be able to carry that relationship on film. A lot of people, when they see it, remember that they miss the land.” But the outside world won’t let Mary go so easily. She has to defend her right to redefine herself.

Naponse wrote the part for Cardinal – it’s amazing no one had done that before – based on the actress’s own “questions and thoughts.” She’d just been through a rocky divorce and moved from Vermont to Toronto to be closer to her three children and two granddaughters. “I was looking for a place that felt like home,” Cardinal says. “My home territory is tar sands land, Fort McMurray. When I go there now, I know the trees and the earth, but it’s no longer the world I knew. And my work was not fulfilling. I was in a place of crossroads, considerations and reconsiderations, and I didn’t know which way I wanted to go.”

Telling her story unlocked something for Cardinal. “I’m no longer on that same road,” she says. “I’ve come around a corner, and it’s new territory.”

In the long arc of her career – which also includes gigs on North of 60, Longmire and Mohawk Girls – Cardinal is having a major moment. She recently appeared on four hit series: Cardinal, Westworld, Outlander and Frontier. She has three films due this spring: Falls Around Her opens March 29; The Grizzlies, directed by Miranda de Pencier and written by Moira Walley-Beckett and Graham Yost, is due April 19; and Through Black Spruce, directed by Don McKellar, is due in May.

Cardinal’s ABC pilot, Stumptown, is based on the graphic novel by Greg Rucka. She plays a casino owner and tribal elder in Portland, Ore., – “a boss,” she says – to whom the lead, Dex (Cobie Smulders), an army vet-turned-private investigator, owes a debt. She also completed a “hush-hush project with Jason Momoa,” which seems to be the futuristic drama See, written by Steven Knight (Peaky Blinders) for AppleTV.

And it’s not just the quantity of Cardinal’s work that’s changing – it’s the qualities. So many of those bit parts she once played required her to rewrite and re-educate that she almost gave up. “But I couldn’t, because I never knew who I might meet, what opportunity I might have to do a little something that might change things,” she says. “I kept going because I knew how much change had to happen in people’s minds and hearts and psyches.

“There is a separation between Indigenous people and the rest of the world,” she continues. “There is a lot of garbage in people’s heads. All that brainwashing and colonialism and programming. They have preconceived notions about who we are.” She pauses, then continues, incredulous, “People were taught in schools that we worshipped rocks and worshipped the sun. Ooh, man. It was such a disservice to who we are and our relationship to nature. It’s not so much racism, as societism.”

Even friends told Cardinal they expected Falls Around Her to be about spirits, rather than human relationships. They expected someone to ride in and save Mary – someone white. “That’s something I’ve had to live with forever: It’s the white guy or woman who has the smarts, has the solution, saves the day,” she says. “It was nice to break away from that.”

Now Cardinal is feeling “a real upheaval. Truth is coming to the surface.” Her characters are more rounded. Her sets have cultural advisers who steer productions clear of stereotypes. She can finally concentrate on acting. More Indigenous people are working as content creators, and more of her white colleagues “have put it on themselves to change their minds,” Cardinal says. “They want to know. They’re ashamed of their history. And the people who caused pain are being exposed.”

Cardinal is doing research of her own, in the Alberta territory where she was raised by her grandmother, and where many of her relatives live. “I still love that land, and that land still loves me,” she says. Accompanied by a cameraperson, she’s making visits, digging up stories. She doesn’t know yet whether it will be a documentary or something else, and she refuses to decide just yet. 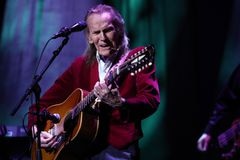 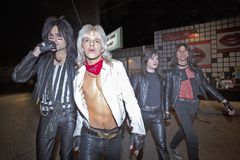