If you only paid attention to the usual suspects of the Canadian film industry, 2018 may have seemed like a peculiar echo of the year before. The past 12 months have come and gone, and only one truly familiar face, Xavier Dolan, unveiled a new film – and The Death and Life of John F. Donovan lived up to only the first half of its unfortunate title.

But away from the name-brand filmmakers who dominate the conversation (Egoyan, Mehta, however many Cronenbergs are out there now), it was a bold and impressive year for homegrown cinema. Here, in alphabetical order because we’re all very polite, are the Top 10 Canadian films of 2018 – a list that doesn’t even include standout titles that made their way across the festival circuit (Firecrackers, Mouthpiece, Edge of the Knife) but have yet to appear in theatres or on-demand.

Do the prolific and near-universally celebrated Jennifer Baichwal, Edward Burtynsky and Nicholas de Pencier need whatever modicum of extra publicity this list may offer them? Probably not – but then again, they are Canadian filmmakers, so every last bit counts. Whatever your thoughts on their relative advantages in the community, there’s little denying the potency of their collective message in this, their latest documentary laying out just exactly how doomed the planet is. Images of our beautifully twisted world shouldn’t be simultaneously compelling and horrifying, yet here we are.

A victim of myriad political and bureaucratic hurdles, it’s remarkable that the Tehran-shot Ava exists at all. Even better, Sadaf Foroughi’s Iranian-Canadian feature is a searing and unforgettable work, one that earns its all-timer status whether or not it was hell to produce. The film’s central conflict between the title teenage character (Mahour Jabbari) and her family is a familiar one that pits freedom against puritanical zealotry, but Foroughi brings a tense energy and appreciatively bitter fury to the material.

My sincere hope is that Seth A. Smith’s existential horror becomes a new Canadian cult classic, so seemingly buzz-less has it been since its theatrical run this past summer. Taking full advantage of Nova Scotia’s haunting grey shores, The Crescent is set at a remote beach house where widow Beth (Danika Vandersteen) and her two-year-old son Lowen (Woodrow Graves, the actual son of Smith and partner/producer Nancy Urich) retreat to deal with the death of their husband and father, respectively. A superbly creepy atmosphere soon sets in, gripping your attention tight until the final image, which can either be read as hopeful or despairingly eerie.

Antoine Bourges’s debut feature, about the entryways and false exits of Canada’s social-services system, is insightful, bleak and rattling in the best way. Featuring professional and amateur performers – the former personified by Deragh Campbell, the country’s hardest-working and most underappreciated actress – and crafted around a narrative that at times feels deceptively loose, Fail to Appear accomplishes far more, dramatically and visually, than its minuscule budget affords.

For the anglophones reading, Maison du Bonheur translates to “house of happiness,” which is almost too on-the-nose. Because not only is Sofia Bohdanowicz’s second documentary a thoroughly joyful production – so much so that it made my list of the top 10 films of 2018, period – it also offers bright, shining hope for the future of homegrown cinema. Here, Bohdanowicz travels to Paris to chronicle the day-to-day life of Montmartre astrologer Juliane Sellam – and the documentarian couldn’t have lucked into a better character to profile. The result is a thoughtful and affecting study of the space we choose to take up in this world, and what happens when we realize the consequences of all our collective decisions.

Molly McGlynn’s feature directorial debut is a high-wire balancing act of dark comedy and darker drama – and the fact that she pulls it off more often than not is more than a little astounding. Following the alcoholic title character (Aya Cash) as she reunites with her estranged father, Mary Goes Round at first seems familiar. But McGlynn consistently wrings sharp humour and tender compassion from unexpected corners, while Cash delivers a performance that’s head-shaking in the best possible sense.

Before praising Drew Lint’s film, a mea culpa: Somehow, I neglected to assign a review of M/M during its brief theatrical run in Toronto last June. These unfortunate slips happen, but it’s all the more a shame on my part given how striking and completely different M/M is from all the clichéd expectations of a “first-time Canadian film.” A queer psycho-sexual thriller that’s as self-aware as it is engrossing, Lint’s film is an impressive feat of curiosity and bravado.

Almost a decade after her directorial debut Year of the Carnivore, Sook-Yin Lee is finally back in the director’s chair, and this time with something completely different. While Carnivore hinted at Lee’s skill for dirty and awkward comedy, Octavio Is Dead! proves she’s in film for more than a laugh. Part queer romance, part family drama and part ghost story, Lee’s film inches so close to overwhelming itself, yet always manages to prove its absolute worth. Describing much of the plot would spoil the fun, but it’s safe to say you’ve never before seen Sarah Gadon quite like she appears here.

All right, this is a cheat, as Spice It Up hasn’t yet escaped the film-fest circuit. But I don’t think it ever will, given how experimental and challenging the work is, courtesy of directors Calvin Thomas, Yonah Lewis and Lev Lewis. A microbudget film that’s nestled inside an even micro-er-budgeted film, Spice It Up resurrects footage of an abandoned project that the trio shot in 2013 – a deadpan tale of seven high-school girls applying for the armed forces – to serve as the base of a newly shot narrative, focusing on a film student (Jennifer Hardy) trying to complete her thesis project. Which just happens to be a movie about seven high-school girls applying for the armed forces. It’s like a Canadian matryoshka doll – and if that sounds like a nightmare to you, you might be right. But for those with a taste for bold cinematic gambits, it pays off beautifully. 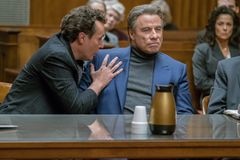 The 10 most overlooked, underrated and unfairly dismissed movies of 2018
Subscriber content
December 16, 2018 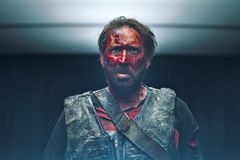 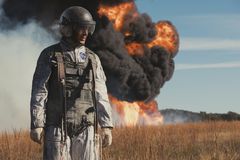