If 2019 was spent wondering just what exactly constitutes cinema – must it be shown in theatres? Do Marvel adventures count the same as Scorsese epics? – then 2020 was consumed by questions of the form’s very survival. Yet despite moviegoing itself being an impossible pastime for most of the year, there is still much to celebrate – so much so that I’m cheating by highlighting the 10-but-really-20 films that I could not stop thinking about this year. (And how to watch many of them this very moment.)

Kelly Reichardt’s First Cow was the last great film to open in cinemas before the pandemic hit – it eked out 1½ days at the TIFF Lightbox before Toronto shut down – while Chloe Zhao’s Nomadland will (hopefully) be the last great movie to open in theatres this year. Both films are connected by more than timing and excellence; each explores the existential anxiety that is living in an America designed to exploit, and each pivot on magnificent performances: John Magaro and Orion Lee in First Cow, Frances McDormand and David Strathairn in Nomadland. Oh, and that titular cow is pretty dang great, too. (Nomadland will open in Canadian theatres in early 2021; First Cow is now available digitally on-demand)

2. The Platform & She Dies Tomorrow

There is no way that either The Platform director Galder Gaztelu-Urrutia or She Dies Tomorrow’s Amy Seimetz could have predicted the isolation, fear and social upheaval of 2020 when making their respective masterpieces. Yet both films speak to this cursed year with a terrifying level of prescience, with the bloody dystopia of The Platform and the small-scale pandemic apocalypse of She Dies Tomorrow offering haunting, unforgettable viewing experiences. (The Platform is on Netflix; She Dies Tomorrow is available on-demand)

There is a huge gulf between the cerebral beauty of Charlie Kaufman’s darkly funny I’m Thinking of Ending Things and the bombastic discombobulation of Christopher Nolan’s Tenet. But both films are intense, demanding, and ultimately rewarding works – and movies that only their respective directors truly understand. (I’m Thinking of Ending Things is on Netflix; Tenet arrives on-demand Dec. 15)

The through-line between Steve McQueen’s house-party snapshot Lovers Rock and Sean Durkin’s domestic drama The Nest isn’t obvious. The former is a joyous celebration, the latter an anxious plunge into misery. But both are made with the highest level of craftsmanship and linger intensely. (Lovers Rock is on Amazon Prime Video, The Nest is on-demand, including digital.tiff.net)

Exceptionally cute kid actors anchor both Minari and Saint Frances, but the two dramas – the first a powerful look at one South Korean family’s experience in the American heartland, the second a scrappy comedy about one nanny’s journey toward self-actualization – are not remotely precious, only excellent. (Minari opens in Canadian theatres in early 2021; Saint Frances is on-demand)

7. The Painter and the Thief & Bloody Nose, Empty Pockets

The two best docs of the year – the first focusing on the aftermath of an art heist, the other on the last days of a dive bar – both deliver by refusing to play by the traditional documentary rules. (The Painter and the Thief and Blood Nose, Empty Pockets are on-demand)

9. The Vast of Night & Sound of Metal

First-time directors Andrew Patterson and Darius Marder both get a tremendous amount of mileage with their respective auditory conceits. Whereas Patterson’s B-movie homage The Vast of Night uses the power of the radio to explore audio fabulism, Marder’s Sound of Metal cuts off our access to sound, the better to mimic the hearing loss of the film’s heavy-metal drummer. (The Vast of Night is on Amazon Prime Video; Sound of Metal is available on-demand, including digital.tiff.net)

10. Borat Subsequent Moviefilm & The Trial of the Chicago 7

Holiday movie preview 2020: The biggest, best films to get you to a (hopefully) lockdown-free New Year
Subscriber content
November 26, 2020 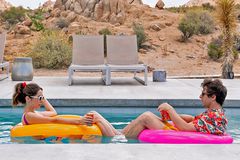