“Buying milk is your responsibility,” a husband barks at his wife in 1968 Los Angeles. That the wife is the singer Helen Reddy, who would soon have three No. 1 singles in a year, tying her with the Beatles, doesn’t matter. Helen goes out and buys the milk.

In 1970s New York, Betty Broderick works multiple jobs to put her husband Dan through medical school and law school. But if Dan wants her to type up his notes, it doesn’t matter that she’s also doing all the cooking, housework and child-rearing. Betty types the notes.

In 1970s Illinois, lawyer Fred Schlafly wants to have sex with his wife, Phyllis. That Phyllis is exhausted – she’s just flown back from a political meeting in Washington – doesn’t matter. Nor do her protestations: “I’ve had a long day.” “My contacts are killing me.” Phyllis lies back and has sex.

The first scene is from the new biopic I Am Woman, directed by Unjoo Moon, about Reddy’s (Tilda Cobham-Hervey) rise to fame, despite the excesses of her manager/spouse Jeff Wald (Evan Peters). The second is from Season 2 of Netflix’s anthology series Dirty John – somewhat confusingly titled Dirty John: Betty – about the dust-up that ensues when Dan (Christian Slater), now a rich malpractice lawyer, ditches Betty (Amanda Peet) for a younger woman. And the third is from F/X’s limited series Mrs. America, the story behind Phyllis Schlafly’s (Cate Blanchett) crusade to crush the U.S. Equal Rights Amendment (ERA). (It heads to the Emmy Awards on Sept. 20 with 10 nominations. John Slattery plays Fred.)

In women’s fight for equality in the 1970s, battles occurred in the streets and in the courts, against laws and institutions. But these three based-on-true-stories show us that other struggles – lonelier, more intimate and gut-punching – were waged in women’s own kitchens and bedrooms, often against their own spouses.

(I note that people who knew the Schlaflys object to that scene of coerced sex, but showrunner Dahvi Waller might have deemed it okay because Phyllis herself, in 2007, denied the possibility of marital rape: “By getting married, the woman has consented to sex,” she said, “and I don’t think you can call it rape.” She doubled down on that claim a year later, adding, “Feminists, if they get tired of a husband or if they want to fight over child custody, they can make an accusation of marital rape and they want that to be there, available to them.” I also note that the eulogy at Schlafly’s funeral in 2016 was delivered by Donald Trump.)

When my mother split from my father in 1973, she had a subscription to Ms. magazine, and had to fight with the gas company to get the bill in her name. But a lot of young women now are unaware of how casually pervasive the patriarchy was then. So some moments in these projects point that out: when Phyllis can’t get a credit card unless Fred signs her application, and when Reddy becomes one of the first women in the United States to get a card in her own name (“No Mrs.,” she says gleefully). The expectation of all the husbands that every scrap of domestic work falls to their wives. (Which reminds me of that great line in Lucia Berlin’s short story A Manual for Cleaning Women: “Cleaning women: You will get a lot of liberated women. First stage is a CR [consciousness-raising] group; second stage is a cleaning woman; third, divorce.”) And the cringey way that many men talked to women – the congressman who tells Phyllis she should wear a bikini to a meeting; the record executive who, upon learning that Reddy is divorced, says, “What did he do, forget your birthday?”

“Helen was always honest, she said what she felt in meetings and in the press,” Cobham-Hervey told me in an interview during last year’s Toronto International Film Festival when the film premiered (back when we could sit side by side). “But she was still a woman of her time. Everything had to be done with a smile.”

That’s the thing about good period pieces. They also point out what hasn’t changed. Sarah Cooper, the comedian who shot to fame lip-synching Trump’s remarks, is a woman of our time, yet her book, which CBS is developing into a sitcom, is called How to Be Successful Without Hurting Men’s Feelings. (Still gotta smile.) After the song I Am Woman came out in 1971, placards bearing Reddy’s lyrics (“Hear Me Roar,” “I Am Invincible”) became a staple at protests – and they remain so, from the Women’s Marches in 2016 to just last month, when U.S. women celebrated the 100th anniversary of their right to vote. (Well, partial right – most Black women had to wait decades longer.)

“You know that scene where Helen first plays I Am Woman to the all-male executives at Capitol Records, and they call it angry and man-hating and insist that disc jockeys won’t play it?” Moon, the director, asked me in a separate TIFF interview. “My producer Rosemary Blight and I lived that scene at every pitch meeting we did for the film. Men – who always seem to be the ones with the money – would say, ‘Great story, but we don’t think there’s enough of an audience.’” I asked how she finally got the funds. “The majority of our investors are women,” she replied.

Money. All three of these projects make the case that the sexism the women characters confront in their own households – the diminishments, the lord-of-the-manor shunning of domestic duties – boil down to one thing: who controls the cash. Wald mismanages and loses Reddy’s fortune; only after she divorces him does she gain financial independence. Fred discourages Phyllis from running for Congress by reminding her, “I haven’t recovered from all the money I spent on your last campaign.” Phyllis fights the ERA in part because she believes it will eliminate alimony payments.

And though Betty Broderick’s case grabbed headlines for numerous reasons, a big one was that it demonstrated what can happen to women in divorce courts run by chummy men. “If Dan had defrauded a business partner the way he did me when he broke our contract,” Betty says, “he’d be in jail.”

So, these projects attest, women are not yet invincible. But roaring? Yes.

I Am Woman is available digitally on-demand Sept. 11.

What we lose when we no longer have a box office to guide us
Subscriber content
August 13, 2020 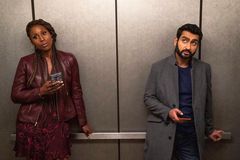 I May Destroy You, I’ll Be Gone in the Dark, Unbelievable – female showrunners bring sexual assault into broader focus
Subscriber content
August 1, 2020 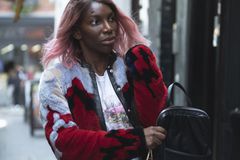