For his final year leading the Toronto International Film Festival, CEO Piers Handling is placing one of his last, big programming bets on TIFF’s most long-odds slates: Platform.

On Wednesday morning, Handling and festival organizers revealed the 12 films in TIFF’s 2018 Platform series, a juried program designed to trumpet “artistically ambitious” movies that organizers feel might otherwise get lost amid TIFF’s celebrity-friendly contenders. Features competing for this year’s $25,000 prize include the Martin Amis adaptation Out of Blue from British filmmaker Carol Morley; the drama Cities of Last Things from Malaysian auteur Wi Ding Ho; and American director Tim Sutton’s underground-fighting drama Donnybrook, which will open the lineup.

Platform was introduced by TIFF in 2015, and has arguably struggled to fulfill its mission. Of the three past Platform winners, only Pablo Larrain’s 2016 drama Jackie went on to earn serious critical attention and box-office dollars – and that was no doubt due to its high-wattage star Natalie Portman and the fact it came to the festival with an awards-friendly North American distributor (Fox Searchlight Pictures) in place. Platform’s other two winners, 2015′s Canadian documentary Hurt and last year’s Australian drama Sweet Country, garnered glowing reviews at TIFF, but little attention outside the festival’s hothouse environs.

But as Platform enters its fourth edition, Handling is using his 24th and final year leading TIFF to ensure that the program evolves into the attention-grabbing initiative it was designed to be.

"It took me a while to get behind the idea, to be honest, to have this competitive part of the festival," says Handling, noting that Platform was conceived by TIFF's artistic director Cameron Bailey. "But Cameron pushed hard, and he absolutely made a point that certain films, especially foreign-language cinema, wasn't getting the attention we thought it deserved. How can we, as the media landscape changes around us, put a spotlight on the films we value?"

This year, the solution involved Handling taking on a closer role curating the lineup, a duty he previously shared with Bailey. His goal, with help from TIFF’s Michael Lerman and Kerri Craddock, was finding films that were not necessarily from first-time filmmakers, but “innovative, audacious and unexpected” auteurs working on their second, third or even fourth films who were – or should be – on the verge of breaking out on the North American market. Hence the inclusion of Sutton, who’s been quietly making a Gus Van Sant-esque impression on the American indie-film circuit since his 2014 debut Pavilion, and Simon Jaquemet, a Swiss filmmaker who won raves in his home country for his 2014 debut War and enters Platform with his second film, Der Unschuldige (The Innocent).

Only one Platform title, Jessica Forever, marks a directorial debut, from the French team of Caroline Poggi and Jonathan Vinel. And just two feature name-brand Western celebrities – Nicole Kidman in Destroyer and Elisabeth Moss in Her Smell – with both films' respective directors, Karyn Kusama and Alex Ross Perry, far from box-office heavyweights.

“In terms of subject matter, these are hard-hitting films, gritty and a bit more adventurous,” Handling says. “I love the bad boys and women of cinema, the filmmakers who take risks. If I can do anything in my last year, it’s to create a space for that work.”

Handling is also eager to trumpet the bona fides of TIFF’s Platform juries, with past members including global-cinema superstars Claire Denis, Brian De Palma and Jia Zhangke. But there is the question of whether emerging work should be judged almost solely by industry icons. At Cannes, for instance, juries are composed of both veterans and relatively fresh faces (this past spring’s main competition jury had both 54-year-old Russian director Andrey Zvyagintsev and 28-year-old actor Kristen Stewart). This year’s Platform jury, with directors Lee Chang-dong, Béla Tarr and Margarethe von Trotta, is strictly an over-60 affair.

“We’ve had those debates internally, but to establish the program in its first years, it’s useful to have what you’d call the great names of cinema – and hopefully those names are still responsive to the type of work where they started their own careers: innovative, highly creative, forceful work,” Handling says. “I think you’ll see in the future, as the program establishes its legs and identity, different voices.”

Handling is also aware that no matter how strong a Platform film may perform out the gate at TIFF – and all but two this year (Destroyer and Emir Baigazin’s The River) will be world premieres – the North American market for independent cinema isn’t booming.

“Let’s face it, for these films it is a tough uphill battle to get them into the marketplace, to get them noticed. But we’re here as an institution to do that,” Handling says. “I still believe in young people’s curiosity for something that’s different. There’s a highly curious audience out there looking for films that break the mould.” 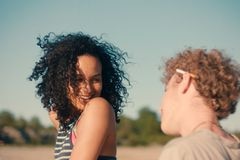