TIFF and chill, anyone? In the Toronto International Film Festival’s latest bid to reboot its opening night programming, organizers announced Tuesday that its 43rd festival would kick off with the Chris Pine-starring historical drama Outlaw King – a Netflix original production.

The move marks the first time a film from the streaming giant has opened a major international film festival, and serves, whether intentionally or not, as a direct rebuke to Cannes.

This past spring, the famed French festival – arguably the most prestigious and elite event on the international film calendar – issued a new rule banning any films from competition that would not have theatrical distribution in France. As Netflix insists on making its pictures available to stream the same day they are released theatrically – what’s called “day and date” releasing – few exhibitors, including the major players in France, are willing to make room on their screens for the company’s wares, believing that Netflix’s policy cannibalizes their business.

The world premiere of Outlaw King, directed by Pine’s Hell or High Water collaborator David Mackenzie, isn’t the first time a Netflix film has screened at TIFF – last year, the festival hosted Dee Rees’s Mudbound and Angelina Jolie’s First They Killed My Father. And many films have walked into Toronto without distribution, and walked out as Netflix acquisitions. But offering a Netflix film the festival’s highest-profile, and most agonized-over, slot is an unprecedented decision that is bound to shake up the industry landscape – even if TIFF programmers dismiss the significance.

“I don’t think I’d put it in that context honestly – critics can, and historians could,” Piers Handling, TIFF’s director and CEO, said in an interview with The Globe and Mail. “We were just looking for a good film, and we have a good relationship with Netflix.”

Even leaving aside the Netflix issue, Outlaw King marks a notable pivot for TIFF’s opening night. Historically, the festival has struggled to book the kind of prestigious films that kick off competing festivals such as Venice, which this year will open with First Man, from La La Land director Damien Chazelle and starring Ryan Gosling. In 2017, for instance, TIFF opened with the Shia LaBeouf tennis biopic Borg vs. McEnroe, which was quickly forgotten about. Charitably, you would have to go back to 2012′s sci-fi lark Looper to find the most recent opening-night film that both audiences and critics agreed upon.

Outlaw King, starring Wonder Woman’s Pine and billed as a sweeping historical epic, feels less like a play for Venice levels of influence than a shift back for TIFF to the territory of the Magnificent Seven remake, which delivered stars such as Denzel Washington and Chris Pratt to 2016′s opening night, but little in the way of critical acclaim or audience enthusiasm (the film barely recouped its $90-million budget at the domestic box office).

“Obviously you cast a wide net for an opening night film. You want something to fill Roy Thomson Hall, to take a lot of spotlight, to suck up the attention and be sweeping, entertaining, with a big canvas,” Handling said. “It’s tough for it to be a small film; it has to have some major talent in it. This fits the criteria we were looking for.”

And audiences will be able to judge for themselves Nov. 9, a little more than two months after TIFF’s Sept. 6 launch, when Outlaw King will be available to stream across the globe.

Away from opening night, TIFF also announced on Tuesday a flood of additions to its 2018 lineup, including the closing-night film (the Kristen Stewart-starring Jeremiah Terminator LeRoy), a handful of Oscar bait (Jonah Hill’s directorial debut Mid90s, Joel Edgerton’s conversion-therapy drama Boy Erased), and works from the international icons of the Masters program, including the latest from Jia Zhangke (Ash Is Purest White) and Jean-Luc Godard (The Image Book).

“Godard’s film arrived like a blast at Cannes, and it was so different than anything else that festival was looking at, as Godard has always done,” said Handling, who helped curate the Masters selection. “He’s an artist who has remained so true to his vision. And this is Godard in his full glory.” 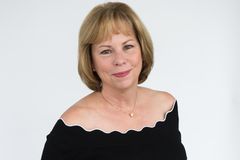 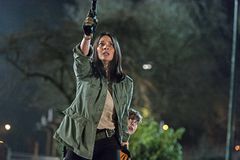 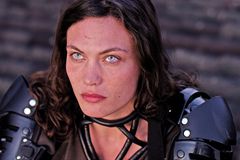 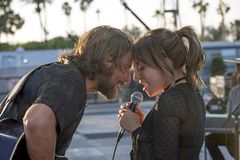