For the first time in almost a decade, the Toronto International Film Festival will open with a Canadian movie – an intriguing programming decision that allows the festival to have its Cancon cake and eat it, too.

Director Daniel Roher’s Once Were Brothers: Robbie Robertson and The Band, a star-packed documentary chronicling the life and career of the celebrated Canadian musician, will enjoy its world premiere at the festival on Sept. 5 at Roy Thomson Hall, festival organizers announced Thursday morning. The event marks the first time a Canadian documentary has ever opened TIFF, and the first time the festival has led with a homegrown feature since 2010′s widely derided Score: A Hockey Musical.

“This is one of Toronto’s great stories of a hometown hero,” Cameron Bailey, artistic director and co-head of TIFF, said in a statement regarding Once Were Brothers. “From his early years in this city, to the inspiration he took from life on the Six Nations reserve, to the impact he’s had on generations of music lovers, Robertson emerges in Roher’s film as a truly Canadian-made superstar. In our first year as TIFF’s co-heads, Joana [Vicente] and I are thrilled to open the festival with a Canadian story that speaks to the world.”

The decision to open this year’s festival with the film, executive produced by Martin Scorsese and featuring interviews with Bruce Springsteen, Eric Clapton and Ronnie Hawkins among others, can be seen as accomplishing two disparate, yet equally critical, goals for TIFF.

Why Québécois cinema doesn’t exist in the rest of Canada, and how one distribution company is hoping to change that

‘We’re being handcuffed’: Inside the war between Canadian filmmakers and ACTRA over the future of independent cinema

First, the film’s pedigree and star wattage satiate the festival’s long-held desire to kick things off in a glitzy, celebrity-friendly manner, with newly installed co-head Vicente noting in Thursday’s announcement that “audiences can expect some very special guests joining us to help celebrate.”

Secondly, the selection of a Canadian film helps inoculate TIFF from concerns that the festival has been steadily inching away from highlighting homegrown content in favour of, well, glitzy celebrity-friendly productions. Whether or not Roher’s film is actually good, its selection immediately appeases both sides of TIFF’s audience. And, again, it cannot possibly be worse than Score: A Hockey Musical.

Last year, the festival opened with Outlaw King, a historical epic that met the celebrity quota (Chris Pine, Game of Thrones’ Stephen Dillane, Chris Pine’s penis) but whose bloated, gore-soaked drama failed to impress critics or audiences. It also arrived via Netflix, a move that resulted in more than a few grumbles from traditional studios and exhibitors, who today find themselves targeted by the streaming giant’s disdain for the theatrical experience. (Once Were Brothers comes courtesy a similar distribution model, with the film set to stream to Crave subscribers in Canada later this fall.)

Previous years’ opening nights proved equally problematic thanks to the world premieres of 2017′s Borg vs. McEnroe, 2016′s The Magnificent Seven remake, 2015′s Demolition, 2014′s The Judge and 2013′s The Fifth Estate – all titles that even dedicated festival-goers would have trouble recalling, let alone praising. You have to go back to 2012′s premiere of Rian Johnson’s sci-fi thriller Looper to find a film that left a favourable impression – so much so that TIFF prognosticators (guilty) were thinking Johnson’s forthcoming whodunit Knives Out would be plucked for this year’s opening night.

Ultimately, the selection of Once Were Brothers shouldn’t be too surprising, given that TIFF has previously opened with a documentary celebrating world-conquering musicians: 2011′s From the Sky Down, a hagiographic look at U2 from director Davis Guggenheim. Whether that title rings a bell eight years later, though, is a question the producers of Once Were Brothers, and TIFF programmers, should ponder leading up to this year’s 44th festival.

How documentarian Nick Broomfield found his way around the many sides of Leonard Cohen
Subscriber content
July 14, 2019 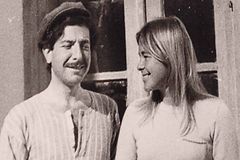 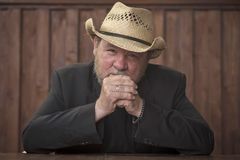 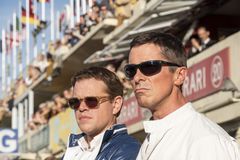