Hollywood production is in suspended animation. Film festivals around the world have either been postponed or cancelled. The summer movie season has been wiped off the calendar. Yet in a world thrown off-axis by the COVID-19 pandemic, the Toronto International Film Festival is playing the optimist. This week, organizers confirmed that TIFF’s 45th annual festival will run as scheduled this Sept. 10 through 20. In some form.

“We’re trying to look at it as optimistically as possible. The good news is that the festival has been a great success for many years, and there’s a lot of strong interest from those in the industry, who are depending on us to have a strong festival this year,” Cameron Bailey, TIFF’s artistic director and co-head, said in an interview with The Globe. “We’re using the DNA of what works with the festival and applying it with the DNA of what’s been working with our digital experiences to see how much we can deliver onsite and online. We’re trying to find the right balance this year.”

That could mean virtual measures such as online screenings for press and industry members unable to travel to Canada, interactive Q&A sessions with filmmakers, and online industry and market transactions. But Bailey and his fellow co-head, executive director Joana Vicente, say they are hoping for a “largely in-person experience,” and still plan to announce the festival’s lineup starting in July, as usual.

“We’re starting from a premise that we’ll be over the worst of this well before September,” says Bailey. “That we’ll be dealing with a post-COVID-19 world, but one where there are concerns and new measures that we’ll have to deal with.”

“Maybe it’s social distancing, maybe it’s measuring temperatures," adds Vicente. “It’s about how all those things would impact the experience that we all love."

Festival programmers are currently in the midst of screening films for consideration – “There’s actually a significant increase in the number of submissions we’ve had so far, and I can’t quite explain it,” says Bailey – though the size of this year’s festival lineup is an open question.

"We have to look at the flow of films coming in the pipeline, which is so far good, but a number of productions have been delayed or shut down," says Bailey. "And we have to look at our own revenue. If it's more prudent to run a smaller festival, then we'll do that."

Since March 14, TIFF’s year-round, five-screen Lightbox cinema in downtown Toronto has been closed, with the shuttering scheduled to last until at least July 1. (Approximately 90 part-time staff were temporarily laid off as a result.) Vicente would not speculate on how much revenue will be lost due to the closure.

“It’s hard with a non-profit to say – it’s not like we have monthly revenue that’s consistent. We can of course see what the losses are right now, not having screenings and rentals, but the bigger losses are potentially forecast around the festival,” says Vicente, who joined the organization in November, 2018, after serving as chief of the New York-based Independent Filmmaker Project. “Membership has an uptick around the festival. Corporate sponsorship is important. The fundraising gala. ... But it’s still too early to understand the impact this will have on the economy, on all the different factors.”

The COVID-19 tumult comes at a time when TIFF is undergoing its own internal reorganization. This past November, the organization laid off 15 staff members across departments after a “comprehensive review” of its five-year strategic plan – a decision that effectively removed the institution’s focus on schools and family programs. (“It’s wonderful work, but it’s not core to what we do, and we had to make the difficult decision to wind that down,” Bailey said earlier this year.)

TIFF has also, like every exhibitor, tried to find a place for itself in the disruptive era of streaming, announcing partnerships with both industry giant Netflix and Canadian streamer Crave. But it has also found itself at the centre of allegations from Canadian film distributors that it was unfairly overhauling its year-round programming.

Those concerns – along with Bailey and Vicente’s general focus on overhauling the space and function of its almost decade-old Lightbox building, including the former exhibition gallery on its main floor – have been rendered somewhat moot, as TIFF and the entirety of the arts sector adjust to an industry, and a world, put on indefinite pause. That said, Vicente and Bailey are in talks with the government about additional support and are weighing philanthropic campaign options, when the time is right.

"Everything is being hurt by this situation, and right now I think the main preoccupation should be to give money to those who are on the front lines, and to do everything we can to help those deeply affected by this," says Vicente.

“When the worst of this is over and we all feel safer than we do now,” Bailey adds, “we’re going to want to return to the things that we love the most. A lot of people love film, and we want to be there for people. But the focus right now has to be on getting us to that safer place.” 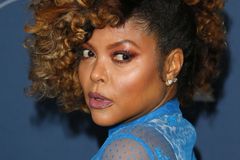 Toronto’s Inside Out LGBTQ film festival postponed to October
March 25, 2020 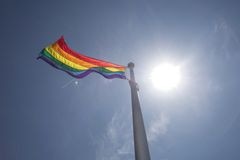 In a socially distanced world, Canadian drive-in movie theatres are, warily, preparing for a boom
April 2, 2020 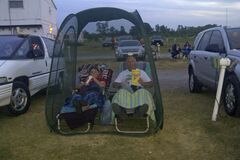