The Toronto International Film Festival usually enjoys a good mystery when it’s up on the screen. But over the past couple of months, a twisted tale unfolded behind the scenes of TIFF that has left key players in the Canadian film industry fuming. And even though a delicate détente has now set in, the drama seems likely to flare up again at a moment’s notice.

It began with some bad news.

For years, independent film distributors have looked to the Bell Lightbox, the not-for-profit’s cinema complex in downtown Toronto, as a haven from the storm. Mostly small operators who got into the business for the love of film, they saw the Lightbox as a natural home where the Canadian and international art-house fare they market and distribute could find an appreciative audience, even as the cinematic marketplace for such movies shrinks.

If you don’t know the names of the companies, you certainly know the movies they’ve brought to Canadian audiences, handmade films such as Parasite, Shoplifters, Pain and Glory and The Farewell.

But in late December, TIFF programmers began telling distributors they were overhauling their year-round programming at the Lightbox. The most drastic change: a cut of about 50 per cent in the number of new releases shown there. Worse, many films might get only one or two screenings per day, instead of the traditional four or five. And TIFF was instituting a box office minimum of $2,000 per weekend. If a film took in any less than that, it would be gone the following week – no exceptions.

Lastly, there would be no more films shown on Mondays because of poor turnout on that day of the week.

The distributors were anxious about the changes, but they were also angry. TIFF, after all, was cutting Canadian and international fare after a fall movie season in which the Lightbox had played eight films from Netflix, including Marriage Story, The Irishman and Uncut Gems.

How on earth could TIFF, a self-proclaimed champion of Canadian and independent film, justify giving that kind of platform to a deep-pocketed U.S.-based streaming service that many believe has hobbled independent cinema? Not only does TIFF receive about $4-million in annual government funding (about 13 per cent of its 2018 budget), the Lightbox was built with $25-million from the federal government and $35-million from the Ontario government.

For a theatre looking to boost its box office, it’s a smart strategy to book Netflix titles. They arrive heralded by a huge promotional machinery, and they’re shut out of the major cinema chains, which refuse to play movies that will be available on a streaming platform only a few weeks later.

Still. “It’s extremely disconcerting,” said Tom Alexander, the director of theatrical distribution for Mongrel Media, whose features at the Lightbox last year included the Oscar-nominated Shoplifters. “It seems to drift away from what I thought [TIFF’s] mandate was, which is art-house films that need to take more time to build an audience. And what’s really frustrating is that, as a distributor, we buy films, we specialize in art-house titles, we’re a Canadian company. And, as you might have noticed from their programming last fall, it was all Netflix, Netflix, Netflix.”

As Alexander and others noted, independent cinemas across the country look to the Lightbox for a seal of approval: If a film doesn’t play there, it can have a very hard time getting booked elsewhere.

Three other distributors spoke with The Globe and Mail, echoing what Alexander said TIFF had told him. They were wary of upsetting TIFF, so they asked The Globe not to reveal their identities. So I called up Cameron Bailey, the artistic director and co-head of TIFF, and Joana Vicente, TIFF’s other co-head, to ask why they were slashing their first-run feature programming.

That’s when things got weird.

“I’m not sure where this is coming from,” said Bailey. “Because we have made no changes in how we’re screening new films in the building.” If a film was having trouble getting more than a couple of screening times on a weekend, he said, that might be due to how busy the Lightbox is, with programming from its Cinematheque department and partner festivals, such as the imagineNATIVE Film Festival, which played at the complex last fall.

What did they make of Alexander telling me he’d been informed of a planned cut from roughly 100 new films the Lightbox played last year to about 50? Was Alexander misinformed?

I went back to my sources: Could they have been mistaken? No, they insisted. A few wondered whether TIFF was backtracking after getting phone calls from reporters.

Then, suddenly, Ron Mann said he would talk on the record, too.

This was unusual. Mann, an award-winning documentary filmmaker (Comic Book Confidential) who co-founded the boutique distributor Films We Like, said that while he had hoped to resolve the situation privately with TIFF, he’d just learned programmers there had given short shrift to three films he’s distributing. Made in Bangladesh, an award-winning factory drama that had been programmed for last year’s TIFF film festival by Bailey, had been turned down for a run at the Lightbox. Two others, including About Endlessness, the winner of the Silver Lion at last year’s Venice Film Festival, had been given limited time slots.

“I am someone who really cares about the Lightbox,” Mann told me. “The film community has lost so many theatres due to real estate, and the Lightbox is really the only venue that’s left playing international film. And that has to be preserved.”

I got on the phone with Diana Sanchez, TIFF’s senior director of film, who oversees programming at the Lightbox. She struck a conciliatory tone. Perhaps, she suggested, there was “a little bit of broken telephone." She said her department is certainly not making an across-the-board cut. “We’re trying to innovate and find the best way to get those films to audiences.” She insisted, "There’s always an opportunity to work together [with distributors] and figure things out.”

A few days later, I heard from Tom Alexander at Mongrel, who told me that Easy Land, a Canadian film that had played at last year’s TIFF film fest but had been rejected for the Lightbox, had been given the green light by programmers to play there. The mystery continues.

TIFF partners with Crave to stream independent films that premiered at the festival
January 14, 2020 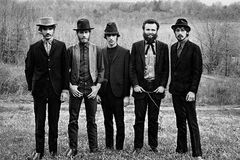 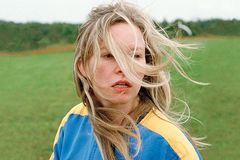