Barry Hertz
Published May 3, 2021 Updated May 5, 2021
For Subscribers
Comments
Text Size
Please log in to listen to this story. Also available in French and Mandarin. Log In Create Free Account

The Toronto International Film Festival is ready for its comeback year. Or whatever comeback year that 2021 allows.

Last fall, TIFF was forced, like every other arts organization in the world, to rethink and reconfigure itself. The result was a hybrid festival of virtual, drive-in, outdoor and in-cinema screenings that benefited from a lucky break of timing: a few weeks after the early-September festival concluded, Ontario shut down movie theatres in designated “hot spots” – and hasn’t allowed Toronto cinemas to reopen since.

The current uncertainty on public gatherings, not to mention border controls, means that TIFF is going to have to operate on the fly once again. But this time, it has the benefit of experience – and of a film industry extraordinarily eager to get back to normal.

“We’re preparing for every eventuality between now and then,” Cameron Bailey, TIFF’s artistic director and co-head, says in an interview. “That means making sure that our online platform is strong and evolved from where it was last September. We know that if we have to do brand-new things, like drive-ins, we can do that, too. But we also know that people in a lot of parts of the world will be returning to cinemas, and we have to prepare for that. All to say: We’re keeping plans as responsive as possible.”

“We want to build on things that worked well last year, like the accessibility for audiences across Canada, and delegates around the world,” executive director and co-head Joana Vicente adds. “We had tremendous industry activity and films sales last year” – the most, in terms of dollar value, in TIFF’s history – “so we want to make sure we’re giving our stakeholders the best way to carry on business.”

One thing that TIFF can guarantee is that this year’s festival, running Sept. 9-18, will be larger than last fall’s radically scaled down lineup. The 2020 edition featured only 97 titles – 50 full-length features, 10 special events, one “reunion” feature and 36 short films – or 71-per-cent fewer films than the year before. While 2021′s programming won’t be back up to 2019 levels, Bailey says that “we’re going to be substantially bigger than last year. What we saw then was a reaction to the immediate crisis, and we had to shrink to make sure that we could deliver the festival successfully. There are lots of films in the pipeline now, and lots were able to finish this past year.”

Currently, TIFF’s team is “roughly on track” in the submission-screening process compared with where they are in a typical year. (The deadline for feature entries is May 28; expect TIFF’s first official announcement for its 46th annual festival shortly thereafter.) Some of those titles may also, though, show up on the Croisette this summer. Last week, France announced plans to reopen its movie theatres May 18, with the Cannes Film Festival set to unveil its lineup nine days later in the anticipation of holding a full-blown July 6-17 edition. Normally, TIFF’s leaders would be in the thick of that French fest, which is this year opening with the buzzy Adam Driver-Marion Cotillard musical Annette. But not this time.

“We’re supportive of any festival that can happen in-person, but given the timing and the situation right now in Canada, I don’t think it’s in the cards,” Vicente says.

TIFF’s organizers won’t be wanting for matters to keep them occupied, though.

For starters, there will be tweaks to the online festival viewing platforms deployed last year (Bell Digital Cinema for the public, Digital Cinema Pro for press and industry), inspired by experiences at other virtual fests, including January’s Sundance, which delivered an “immediate, have-to-be-there experience thanks to everyone watching the same movie at the same time,” Bailey says. “The excitement of being in the moment is something that film festivals deliver so well, so we’re looking to see if we can move more in that direction.”

And in the absence of TIFF’s year-round Lightbox theatre, the organization’s five-screen downtown multiplex that has been shuttered for daily screenings since last March, Vicente and Bailey have been growing the presence of digital TIFF Lightbox. The video-on-demand portal is available to audiences across the country and offers about 50 titles, a mix of new releases and Cinematheque selections, any given month. According to TIFF, “year-round digital programming” outside the festival has seen a 690-per-cent increase in monthly household views since the platform was launched this past July.

Acknowledging that digital TIFF Lightbox was never designed to be a complete revenue replacement for its year-round cinemas, Bailey says that the service “started from nothing last year and it’s growing. And it doesn’t hurt to have movies like Sound of Metal and The Father and the new Wong Kar-wai restorations.” (Asked whether there was any regret in not opening the Lightbox for daily screenings when operations were allowed last summer and early fall, Vicente says, “Things just never got to the point where it made sense.”)

TIFF is continuing to cook up ideas with streamer Crave, operated by the festival’s lead sponsor Bell Media. But TIFF and Crave’s Stay-at-Home Cinema series, in which programmers conducted online conversations with actors and filmmakers preceding Crave screenings, is no more.

“That was for a particular moment where it felt like everyone was at home during the first wave,” Bailey says. “We don’t feel we have the same kind of audience who are at home and need something to respond to.”

With a 50-per-cent drop in revenue – 48,280 public tickets were scanned for last year’s festival, compared to 307,362 in 2019 – TIFF is hopeful that the 2021 federal budget, which earmarks $200-million for “major festivals,” might deliver some relief for what Vicente says has been a “really, really tough year.” But there is also a concern that Ottawa did not address the needs of cinema operators.

“It’s going to take a lot for us to get back to where we were, so we’re hoping there’s support for not just us, but for independent cinemas across the country,” Bailey says.

Until they can open their doors, Vicente and Bailey are also working on TIFF’s new five-year strategic plan (the current one was designed for 2018-2022, though required the smoothing of some giant bumps). While there has been no major internal reorganization since last year, Vicente wants the organization to be “less siloed and more collaborative.” And, as Bailey says, “we try not to make long-term plans for short-term conditions.”

“The only thing that we can plan for is elements of human behaviour that will last,” he adds.

“People will always seek out stories to transport them and reflect their lives and expand their lives. That can take a lot of different forms, and we can deliver it in a lot of different ways. That desire to expand our world and consciousness through stories is eternal. That can sound grandiose, but that’s what happens at the cinema.” 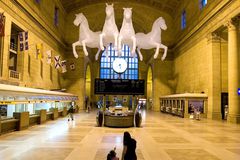 Toronto photographer dishes about life on the red carpet and work with Oscar Residences
March 26, 2021 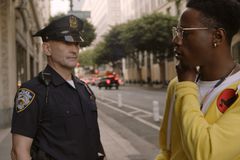