A year ago, the Toronto International Film Festival launched a new fundraising initiative designed to support and spotlight women in film. This week, TIFF revealed that the program, dubbed “Share Her Journey,” would also help spotlight diverse voices on the other side of the camera: film critics and journalists.

On Wednesday, Oscar-winning actress Brie Larson announced at the Women in Film Los Angeles Crystal + Lucy Awards that both TIFF and the Sundance Film Festival in Utah will allocate 20 per cent of their respective press credentials to underrepresented writers.

“Although [TIFF] already has regional diversity outside of Canada and the U.S., it’s working towards [adding] an additional 20 per cent of underrepresented voices from across the globe,” Larson told the audience, while accepting the Crystal Award for Excellence in Film.

“Am I saying that I hate white dudes? No, I’m not,” she added. “But what I am saying is if you make a movie that is a love letter to a woman of colour, there is an insanely low chance that a woman of colour will have a chance to see your movie and review your movie.”

Going forward, TIFF will reach out to new and emerging voices in the film writing community and extend invitations to cover its annual September festival. If those journalists and critics cannot afford to independently attend, funds raised through Share Her Journey will be used to assist. As of June, the campaign has raised $971,000 from more than 1,000 donors.

“Part of our job is to stay on top of what the conversations are out there, and the new journalists who are coming up who need a spotlight,” says Andréa Grau, TIFF’s vice-president of public relations and corporate affairs. “Some may have the means to come independently, some may need support, and we’re going to try to help them financially.”

Grau says that TIFF has increasingly been having conversations about diversifying its press corps. “The thing that we come up against as a charitable organization is resources, so it’s interesting that through programs like Share Her Journey, we can use some of those funds to bring in female critics, which is part of that 20 per cent mentioned by Brie,” she says. “The other part is people of colour, an initiative which has been on TIFF’s radar for some time, but the urgency for it has become more evident. So we became more focused on hard numbers and how we’re going to do it.”

Earlier this week, a report from the University of Southern California Annenberg noted that 67 per cent of the top film critics reviewing the 100 highest-grossing films of 2017 were white men, with only 2.5 per cent of those top critics being women of colour.

“That report illustrates exactly what we’re up against,” Grau says. “It’s become more evident of what our role is. Festivals showcase the best cinema of the world, but we also have to showcase the range of voices talking about these films.”

The 20 per cent initiative will not affect TIFF’s current press list. “Our press corps hasn’t grown exponentially over the past decade, so we’re looking to add to the list,” says Grau. “No one is losing their accreditation.”

TIFF co-ordinated the announcement with Larson, but it did not work with Sundance to match numbers. “I think more festivals should make this pledge,” Grau says. “We want to join hands and make a difference with other festivals.”

The industry landscape will only change, Grau adds, if diversification goes beyond the festival circuit.

“The responsibility is not just on festivals, but editors and publicists and producers to ensure they’re hiring women and people of colour,” she says. “It has to be across the board.” 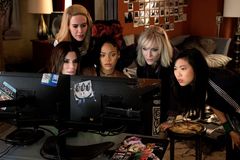 TIFF retrospective on Elaine May looks beyond the flop Ishtar to her underappreciated body of work
June 8, 2018 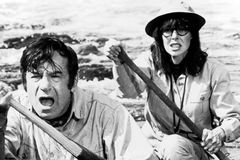 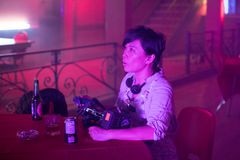