Quick: What are your top 10 Canadian films of the year?

If you’re struggling to answer, don’t be embarrassed. Because of an ever-challenging market, little-to-zero marketing and a general lack of resources, even the most dedicated of Canadian moviegoers can let the best of homegrown cinema slip through their fingers – or to the bottom of their streaming queues.

But for the past 16 years, TIFF’s Canada’s Top Ten Film Festival has attempted to fight against a system seemingly engineered for ignorance. Its ambitious, if awkwardly named, initiative has annually highlighted the best in Canadian features and shorts, including 10 days' worth of screenings in Toronto, plus a travelling roadshow of sorts at theatres across the country, from Vancouver’s Cinematheque to Montreal’s Phi Centre.

This year’s list, unveiled Wednesday morning, offers a mix similar to past selections, with titles both surprising and high-profile – or, as high-profile as you can get in the Canadian film marketplace. (The list was curated by TIFF’s in-house programming team in collaboration with critics' groups in Vancouver and Quebec.)

“It’s gratifying to see new filmmakers like Jasmin here with Patricia and Jennifer – this list is a sign of the health of the Canadian film industry,” says Cameron Bailey, TIFF’s artistic director and co-head. “But the one big piece that we all need to work on is getting these films in front of Canadian audiences.”

To that end, Canada’s Top Ten is going to look a little different for this 17th edition. Gone is the traditional January mini-festival of selections, replaced with an offer of at least a week-long theatrical run at the TIFF Lightbox in downtown Toronto, which TIFF calls a “crucial opportunity for filmmakers to present their work to audiences on the big screen.” (The shorts will be presented in a winter screening.)

“It’s a switch away from having another festival where we give [filmmakers] maybe two opportunities at best to be seen by audiences,” Bailey says. “We found that our audience for the Top Ten Festival had reached a plateau, and we know from listening to filmmakers that the theatrical release is important, and it’s a struggle to get screen space in even major city centres. We thought this would be more useful to them, as getting a theatrical release unlocks resources in terms of marketing, and financing your next film.”

Still, the energy created by a specially programmed festival, which came complete with its own hashtag, #SeeTheNorth, will be missed.

“I enjoyed going to the Top Ten in the dead of winter – there’s a bit of excitement in putting a spotlight on these films and having a reason to get out and go see Canadian films,” Firecrackers director Mozaffari says. “But at the same time, I think the decision to do theatrical runs is great for filmmakers. Maybe [January] isn’t the best time to have your film play. This puts the spotlight right on the filmmakers, and what the distribution model is looking now.”

Another change is an end to the festival’s cross-country footprint, or at least the co-ordinated effort between TIFF and various independent cinemas.

“In past years, we’d work really closely with those other cinemas across Canada to help them or work with them to book the films and get guests out. We won’t be doing that any more,” Bailey says. “Our main job now is to come up with a list and present that to independent cinemas. In most cases, none of them were able to present the whole Top Ten in the past, just parts of it. And we’ve heard from some that they’ll do it again.”

For Bailey, the Canada’s Top Ten reboot was focused on ensuring that TIFF shines as bright a singular spotlight as possible on these films, many of which have yet to be seen outside the film-festival circuit.

“This will give us a chance to present and promote the films as individual films, not just as part of a group of Canadian films,” he says. “When we have each of these in release over the next year, we’ll be speaking to our audience about just that film, and only that film, at a time.” 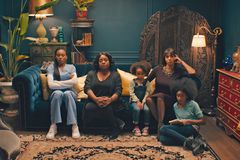 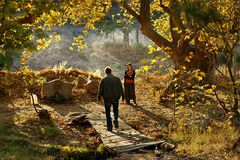 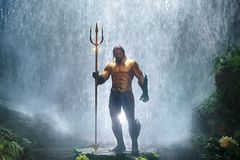