With Friday’s release of Captain Marvel, the Marvel Cinematic Universe hits a mind-boggling 21 feature films. From the relatively humble beginnings of 2008′s Iron Man through last year’s all-you-can-stomach bonanza Avengers: Infinity War, the Marvel Studios machine has completely changed the way Hollywood operates, for better and worse. But in between all the profit-raking (approx. US$17.5-billion worldwide, and counting), the Disney-owned behemoth has managed to produce some decent blockbusters. And just as the Marvel Cinematic Universe is constantly expanding, it is also open to constant re-evaluation. Herewith, a completely subjective ranking of all 21 MCU franchise entries, from best to worst. Argue among yourselves – there will be another 21 films to debate soon enough.

Shane Black’s Tony Stark tale didn’t reinvent the creaky superhero wheel, but it is one of the few MCU films to feel like it was made by a real-deal, flesh-and-blood filmmaker, and not by the collective voice of a Marvel Studios board meeting. Plus, co-star Ben Kingsley provides one of the MCU’s few cleverly crafted villains, a character who actually feels surprising and compelling. The film’s only false note: Its ending, promising a sense of finality to Iron Man’s journey, as if star Robert Downey Jr. was walking away from the franchise forever. It was a nice dream while it lasted, though.

Ryan Coogler’s at times incendiary and bracing film will be talked about and admired as a generational touchstone long after we’re done discussing the finer points of Infinity Stones or whatever. Coogler’s cast alone, including Michael B. Jordan’s insanely charismatic bad guy, ensures that Black Panther is in the MCU Hall of Fame. Oh yeah, and it also got nominated for a best picture Oscar. Somehow, I don’t see that kind of acclaim being in Avengers: Endgame’s future.

It’s a mystery why Taika Waititi hasn’t been locked down as Marvel’s director for absolutely everything going forward. His Thor effort was colourful, deadpan and zippy, even when it found itself ground up by the MCU’s continuity obligations. It scores extra points for casting Jeff Goldblum as, essentially, an intergalactic version of Jeff Goldblum, not to mention Waititi’s own work as a self-deprecating rock monster named Korg.

Brothers and co-directors Anthony and Joe Russo found a way to make the MCU’s potentially most dull and straight-edge character into a lovable government-defying ideologue. What’s more, they crafted a crackling spy-versus-spy tale that was compelling and even grounded, no matter if certain heroes had biomechanical arms and superserum-strengthened blood. I still think Robert Redford’s villain should’ve revealed himself as Red Skull at the very end, but even as I type out that sentence, I realize what a stupid twist that would’ve been.

Everything that the Avengers films should have been: tense, surprising, funny and with solidly executed action scenes that made visual sense. While the Russo brothers are not transgressing MCU house style here, they are at least refining it to a glossy finish.

6. Guardians of the Galaxy

I fear that James Gunn’s intergalactic comedy was overly praised at the time of its release as a true game-changer (I’m just as guilty as everyone else here). It is indeed witty and energetic, and features both a talking tree and a talking raccoon. That’s cool and neat, sure – how eclectic and wild! But Guardians of the Galaxy’s narrative, too, winds itself back to genre conventions by the third act. And Lee Pace’s villain is one of the dullest in MCU history (sorry, Lee Pace!).

Peyton Reed’s small-scale (har-har) effort had few expectations, but found the funniest and most charming of heroes in Paul Rudd, not to mention a nicely meta perspective on its own shortcomings (har-har, again). I’m handing out bonus points all over the place today, but speed-talking co-star Michael Pena truly deserves any extra congratulations that can be thrown his way.

Credit to writer-director Joss Whedon, who had the exceedingly difficult task of smushing together a half-dozen highly prized pieces of intellectual property, and making some sort of coherent film out of it. The Avengers works more often than not, but you can see every step where Whedon struggled against his corporate obligations. Does anyone even pretend to remember the ultimate battle scene? Does the globe-trotting plot make much narrative sense? No to both, but that won’t stop us all from somehow remembering this film half-fondly.

Jon Favreau’s first Tony Stark adventure set the template for everything to come – not to mention the second, or maybe third, act of Robert Downey Jr.'s career – and that’s enough to offer praise. It is hard to believe, though, that Jeff Bridges once played the MCU’s biggest bad guy. If anyone out there can remember his character’s name without checking the internet, I’ll buy you a Coke. (Note: This is not a legally binding promise.)

Did the world need a third iteration of a big-screen Peter Parker? I could have gone to my grave comfortable with the answer “no,” but there is a certain delight in Jon Watts’s re-reintroduction to Spidey, especially in Tom Holland’s acrobatic performance, in which he stretches both his muscles and his boy-next-door charm. And Michael Keaton savours his role as the mostly sympathetic villain.

Just as energetic and eager-to-please as the first, but with more screen time for the delightful Evangeline Lilly and the always-welcome Walton Goggins.

This old-fashioned introduction to Steve Rogers could have been painfully earnest, but Chris Evans’s performance keeps you rooting for the hero, no matter how corny and clichéd the stakes. Tommy Lee Jones, as Rogers’s mentor, offers his best Tommy Lee Jones impersonation, Hugo Weaving seems only mildly embarrassed as Red Skull and the flash-forward ending provided an energetic glimpse at the MCU mayhem to come.

A controversial choice, I realize, as Favreau’s overstuffed sequel nearly blew up the MCU template (or, given what’s happened since, set the bar for lumbering exercises to come). But there is a pure joy in watching Sam Rockwell’s second-tier villain shuffle through the film entirely on his own wavelength, and the race-track scene is a show-stopper. I’m still not sure what Mickey Rourke is doing, but he seems to be having his own kind of fun. Good for you, Mickey Rourke.

Loud, occasionally obnoxious, and so consistently convinced of its own awesomeness that it will not, it cannot, stop pointing out everything that makes it so utterly wonderful. But it does have a killer Kurt Russell performance and another solid soundtrack. Yet the first film’s co-stars John C. Reilly and Glenn Close are MIA, which is unforgivable. I am Groot, but I am also sad.

A total mess that is only saved by brief moments where returning director Whedon won small victories against his producers, including the opening attack set piece and its subsequent hanging-out-at-Stark-Tower party scene. James Spader, who voices the title bad-dude robot, also gets to cash an easy cheque, the proceeds of which I can only assume when to his hat budget on NBC’s Blacklist.

I recently tried to watch this for a second time after believing I had an okay time with it in theatres last year, and it was impossible. Fattened to the point of clinical obesity and more akin to a cinematic checklist than an actual big-screen adventure, this is a migraine-inducing ride. But, um, I’m glad Carrie Coon earned a few bucks voicing one of Thanos’s henchmen? Sure, let’s go with that.

It took 11 years and 20 preceding films for the MCU to focus on a female superhero, and the results are about as underwhelming as that unforgivable lag suggests. Bonus points (yes, I’m giving out bonus points everywhere!) for attempting something sorta-new with the mid-nineties setting, and for letting supporting player Ben Mendelsohn exercise his underused comedic instincts. And the cat is cute. Meow.

I just remembered that Kenneth Branagh directed this incredibly lazy introduction to the God of Thunder, and now I cannot stop rubbing my chin in a quizzical fashion, over and over, until my skin starts to peel. (Sorry, I meant to say “Sir” Kenneth Branagh.)

When Ang Lee first took on Mr. Stretchy Purple Pants – pre-MCU – he at least tried to do something different in translating the comic-book form to film. This Lee-less reboot attempts nothing remotely daring or even baseline interesting, and substituting Edward Norton for Eric Bana is one of the more puzzling attempts at pleasing blockbuster audiences that I’ve come across. There’s little wonder its events have been more or less written out of the MCU.

It is hard to think of what’s more offensive about this Tony Stark-lite exercise: Its whitewashed casting, its flat Benedict Cumberbatch performance or its needlessly repetitive visual effects, which attempt to hammer home a vibe of extreme psychedelia but only succeed in boring its audiences into a gently trippy slumber.

Easily the lowest point for the MCU, given its absence of coherent action, compelling characters or even a trace of comedy. All of which makes its eventual follow-up Ragnarok the ultimate comeback story of the MCU. May Korg save us all. 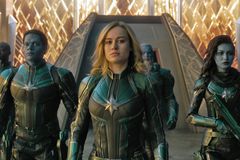 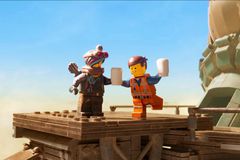 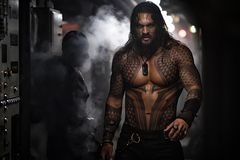