With all due respect to director Spike Lee, the acceptance speech most fancied at this year’s Academy Awards was delivered by Domee Shi. The Chinese-Canadian animator, whose eight-minute Bao earned the Oscar for best animated short, delivered a succinct, empowering message to the marginalized and the shy.

“To all of the nerdy girls out there who hide behind their sketchbooks,” said the Toronto-raised Shi, clutching 3.8 kilograms of gold statuette while standing aside Bao producer Becky Neiman-Cobb onstage at the Dolby Theatre in Los Angeles, “don’t be afraid to tell your stories to the world.”

With her directorial debut about a Chinese mother and a dumpling baby that comes to life, Shi became the first woman to helm a Pixar short. Moreover, the Toronto-set Bao, which is loosely based on Shi’s life, was the first Pixar film made by an all-female writer/director/producer team. “The animated film world is pretty male-dominated, especially in the world of shorts,” Shi told The Globe and Mail after her groundbreaking win. “But I’m happy that Bao can help blaze a trail for female directors.”

A 29-year-old who immigrated with her parents when she was a toddler, Shi is a graduate of the highly regarded animation program at Sheridan College in Oakville, Ont. She points to recent films by Rosana Sullivan (who directed Kitbull, a tear-jerking Pixar short about a stray kitten and an abused pit bull) and Canada’s Kristen Lester (whose experimental short Purl has a ball with yarn) as evidence of an emerging force of female animators. “There are unique stories being told by diverse storytellers, and plenty more stories will be coming out.”

Pixar Animation Studios (a subsidiary of Walt Disney Animation Studios) has been criticized for its tightly knit male-dominated culture. In a highly publicized rift, the writing team of actress Rashida Jones and actor Will McCormack left Pixar’s upcoming Toy Story 4 before its completion, citing “creative and philosophical differences.” In a statement to The New York Times, they described the culture at Pixar as an environment where women and people of colour lacked standing. "We encourage Pixar to be leaders in bolstering, hiring and promoting more diverse and female storytellers and leaders,” Jones and McCormack said in the statement.

Asked about the imbroglio, Shi acknowledged the issue, but said Pixar is addressing it. “When Jones and McCormack were working here, it was definitely a different landscape,” said Shi, a storyboard artist and director at Pixar for nearly eight years now. “But I’m seeing a huge change. Over the last couple of years, it’s felt like a shift in culture and the stories and the leadership here.”

Last summer, Frozen co-director Jennifer Lee and Inside Out director Pete Docter replaced John Lasseter as the creative heads at Walt Disney Animation and Pixar, respectively. Lasseter had resigned after complaints about his workplace behaviour. More recently, British actress Emma Thompson, upset that Lasseter had moved from Disney and Pixar to head up the American production company Skydance Animation, left the forthcoming Skydance feature Luck while it was still in production.

All of that places Shi’s acceptance remarks in much-needed context. She had originally prepared another address, but wrote up the “nerdy girl” speech the night before the televised awards gala. “I spoke from the heart,” she said. “I wouldn’t have been up there on stage if I hadn’t stopped hiding behind my own sketchbook.”

After accepting her Oscar, Shi and the rest of the night’s winners celebrated in A-list style at the Vanity Fair after-party. There, Shi was congratulated by the likes of Star is Born actress Lady Gaga and Regina King, who was recognized as best supporting actress for her role in Barry Jenkins’s tragic love story If Beale Street Could Talk. Shi described the whole experience as “pretty awesome,” but admitted she didn’t make it past security when attempting to crash a party hosted by power couple Beyonce and Jay-Z.

A day after the festivities, Shi was back at Pixar, working on a full-length feature. Given Disney’s tight-lipped reputation, it’s not at all surprising that Shi couldn’t divulge any details about the film. “Unfortunately, I can’t,” she said. “But it’s early on, and we’re working hard.”

For the time being, then, Shi hides behind her sketchbook. Oscar says she’s earned the right. 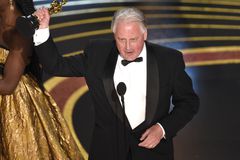 Toronto’s Domee Shi on bringing her love of food to the screen with the Oscar-nominated Bao Subscriber content
February 20, 2019 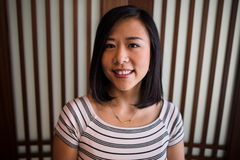