For some, the ImagineNATIVE Film and Media Arts Festival is like Christmas in October. Just ask the organization’s board members, directors and participants from the festival’s past and present. Over the years, the annual Toronto-based gathering of Indigenous films and filmmakers has colloquially been referred to as “Native Christmas.”

“You see old friends who feel like family. And we’re just coming together to celebrate our communities and nations and also, importantly, our artists and the work they’ve made,” says outgoing executive director Jason Ryle.

Founded in 1999, the festival has grown from its grassroots beginnings but has never lost its community-focused touch. Two decades out and ImagineNATIVE has maintained the distinct vision of its founders Cynthia Lickers-Sage and Toronto artist-run centre Vtape. It’s still Indigenous-run, focused on international emerging filmmakers and carving space for more Indigenous artistic content – it’s just now the largest Indigenous film and media arts festival in the world. In 2003, just shy of 2,000 people attended. Today, it’s in the range of 30,000 attendees annually.

This year, the festival received its highest number of submissions ever, with more than 400 submissions, from films to video games, virtual reality to interactive web series. The opening-night film, Zacharias Kunuk’s One Day in the Life of Noah Piugattuk, will screen at Hot Docs Ted Rogers Cinema. One-hundred-and-twenty films will screen at the TIFF Bell Lightbox during the rest of the six-day festival.

There’s a retrospective of the films of Victor Masayesva Jr., a Hopi Elder filmmaker whose work counteracts the exploitative nature of the colonial documentation of his people. The other special presentations include some heavyweights from TIFF: Alanis Obomsawin’s 53rd film, Jordan River Anderson, the Messenger; Elle Maija-Tailfeathers and Kathleen Hepburn’s The Body Remembers When The World Broke Open and Jeff Barnaby’s Blood Quantum.

Although ImagineNATIVE has grown substantially over the past two decades, it still regards itself as a place where emerging Indigenous filmmakers can have candid access to masters such as Ms. Obomsawin.

“There’s this casualness, there’s this openness around the festival. You’re connecting with your kin, you’re kind of nourishing each other in different ways,” says Niki Little, the recently appointed artistic director. It’s her first festival as part of the team, although she’s attended since 2007. She appreciates the way the festival gives Indigenous filmmakers the chance to screen their films for Indigenous audiences that get it. “It’s different to be able to have your work engaged with by an Indigenous public, like you don’t have to provide a context for what we’re talking about.”

The community that congregates at ImagineNATIVE is vast. There’s Inuit, Mohawk, Cree, Sami, Maori films and countless others in a myriad of languages. From New Zealand to Peru, there’s now a diversity of Indigenous cinemas that Ryle says never existed 20 years ago.

The international hub of the festival provides a space for reciprocal inspiration between filmmakers from different nations. “That’s part of why it’s been so good at fostering talent, it was always looking at a global viewpoint,” says Jesse Wente, a former ImagineNative board member and current director of the Indigenous Screen Office.

Back in its early, scrappier days, ImagineNATIVE bounced around from Innis College at the University of Toronto to the Al Green Theatre in the Miles Nadal Jewish Community Centre before finding its current home at the Lightbox in 2010. The move was important to Ryle, who started as a board member in 2002 and became executive director in 2010, as he wanted to honour the works. “It’s very important that Indigenous-made work has the opportunity to play in a place like the Lightbox, with its state-of-the-art projection and lighting and comfortable seating.”

In the early 2000s, programming an Indigenous film festival held as many opportunities as challenges. New perspectives were being listened to, exciting new artists were emerging but it was more of a hunt to find films to screen. Wente recalls a time when you’d be lucky if a dozen Indigenous films were produced in a given year.

The festival reached “dizzying heights of success” for Ryle when it hit year seven, because he heard most new film festivals didn’t last beyond five or six years. For Wente, the big breakthrough was in his final year, when attendance doubled from 8,000 people in 2006 to 16,000 in 2007, thanks to a partnership with the Royal Ontario Museum.

Now that the organization has a team of international programmers, it has shifted its artistic policy annually to reflect the communities’ needs and created a protocol guide to teach non-Indigenous and Indigenous filmmakers how to respectfully engage with communities, elders and lands. The festival has also started a three-year partnership with Netflix to help support the professional development of directors, screenwriters and producers, and to get more Indigenous-run productions off the ground.

The trajectory of the festival has always been tied to the increasing demand for the particular content it highlights. The Indigenous film and television industries look very different than they did in 1999.

“ImagineNATIVE has been one of the few access points, certainly anywhere in Canada, to this type of diverse Indigenous content,” Ryle says.

Indigenous youth today can see themselves represented on screen in a multitude of ways that didn’t exist for previous generations. Telefilm Canada invested $16-million in Indigenous films over the past three years, more than at any other point in its history. ImagineNATIVE, along with other Indigenous film festivals, played a major role in growing the art form globally.

“It’s part of what festivals do best, when they’re doing it right, they help grow an entire sort of culture,” Wente says. That culture came with hard work, advocacy, activism, policy meetings with the provincial and federal governments and with an unwavering commitment to its mandate. “I’m sitting here, the executive director of the Indigenous Screen Office, would that even be a thing I could say if there wasn’t an ImagineNATIVE?"

There’s widespread interest in Indigenous content across Canada, and not just from Indigenous audiences. As the attendees of the festival become increasingly diverse and the works proliferate into the mainstream, ImagineNATIVE remains founded on ideas of collective responsibility and making space for Indigenous storytellers. The core of the organization is about bolstering the Indigenous film community as the festival grows.

“You have to ensure that this community comes with you so that we can occupy this space together,” Little says. 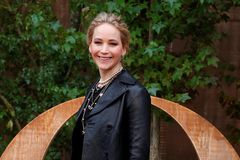 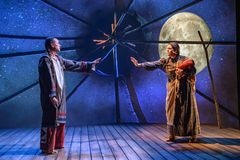 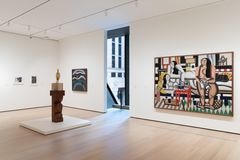