“Telling you how to make a film is like telling someone how to breathe.” So says a character midway through Joanna Hogg’s excellent new drama The Souvenir, the British director’s fourth and highest-profile film yet. There is a heavy air of history to that line of dialogue – part insight into the artistic process, part warning that The Souvenir is going to be an intensely personal production. And the film, a semi-autobiographical account of the director’s days as a film student in 1980s England, certainly is that.

For starters, Hogg reaches all the way back to her first short film, 1986′s Caprice, for casting inspiration here – finally reconnecting with that film’s star, Tilda Swinton, to play Rosalind, the wealthy and loving mother of the film’s lead character, Julie. But to play Julie, a facsimile of herself, Hogg stayed even closer to home, hiring Swinton’s daughter: 21-year-old Honor Swinton Byrne. To add an extra layer of intrigue: This would be Honor’s first role. Ever.

The keep-it-in-the-family approach worked, with The Souvenir earning rave reviews at its Sundance Film Festival premiere this past January, and U.S. distributor A24 already committing to filming a sequel this summer – an almost unprecedented move in the world of indie cinema. Ahead of the film’s Canadian release on Friday, The Globe and Mail’s Barry Hertz spoke with both generations of Swintons about family, film and fame.

Honor, given that you don’t have any onscreen acting experience, what was it like to take on a lead role out of the gate, and such a daunting one as that? Julie has to shoulder some intense life experiences here.

Honor: Since I’d never been in anything before, I didn’t have any experience to compare it to. This is also completely improvised – there was no script. It was challenging and exciting, but also a real adventure, as I had no idea what was around each corner. I’m still in shock about it.

How did it happen? Tilda, I read that you were cast before Honor.

Tilda: Joanna and I have known each other for a long, long time, but we haven’t worked together since I was in her student films, parts of which actually appear in The Souvenir. We’d been looking for an opportunity to work again together, and we talked for several months before we started shooting. This was a story that was meaningful to her to have authentic witnesses present, and as the months rolled by, I kept asking how she was getting on finding someone to play Julie. Very much at the last moment, we realized that the person sitting next to us was the perfect person. Joanna was looking for someone who wasn’t an actress and didn’t want to be an actress. It was important for her to have someone fresh, and not interested in being in front of the camera but much more an observer. And that someone was Honor.

So Honor, you had no intentions of acting while growing up?

Honor: None, but it’s just another experience for me. I wanted to try everything, and continue to try everything. The thought of being part of a film that works in a different way fascinated me. And the way Joanna works is so individual and beautifully naturalistic that I was lucky to have my first experience be this. I said yes straight away, even though I knew I wouldn’t be consulted on the story. I just had to be trusting of Joanna, and she is so trustworthy. I was very much in her hands, and will be in Part 2 as well.

Joanna has said that the story is a search for “a version of herself at that time” in her life. How much of a challenge was it to play a younger version of your own director?

Honor: I didn’t know anything about the character before we made the film, and I didn’t know Joanna at that time, so all I had to go off was what she told me and showed me, which was little. But I began to get a bit of an idea of what it’s like to be a young filmmaker of my age – I was 19 and Julie is 25 – so Joanna was so open to me representing Julie in whatever way came out of me. It was very loose and open, but it was tricky to find this balance of what Joanna wanted her to be, and what I tried my best with.

Are you concerned that, this being your first project, you’re spoiled for the next?

Honor: If I did work on another film, this would be a precious and individual experience to recreate.

You say “if” … aside from the sequel, do you see yourself continuing to act?

Honor: I have no plans to. I’ve applied to university in Edinburgh to study psychology in the autumn. I think my future should be open to whatever I want to explore. I’m not ruling anything out.

What are your thoughts, Tilda, about Joanna now receiving quite a bit of attention three decades into her career?

Tilda: Joanna took her time in becoming an auteur in her own right. She didn’t make her first film as a director until Unrelated [in 2007], and she worked in television for a very long time, in a really industrial world. Only at a certain point in her late 40s, for various reasons, the moment came that she started to work as an auteur, and Unrelated announced her to anyone with an eye as an original voice. It’s not a surprise to me, as I’ve known her since she was 10. She’s an enlightening voice, and when she emerged as an auteur, I was incredibly relieved.

In the few scenes that you share together as mother and daughter onscreen, what was the preparation like?

Tilda: We didn’t prepare at all, because Joanna doesn’t work with a screenplay and we don’t rehearse. We improvise, and she shoots in a very responsive way. We’re mother-daughter and [my character] Rosalind and Julie are mother-daughter, but there are many ways to skin that cat. We have the basic anchor of our own love and trust of each other, but it’s quite dissimilar to Rosalind and Julie. We moulded it together instinctively, but we didn’t plan it. We took the barest information we got from Joanna and then went through the motions, putting together a rather different shape.

What can you say about the sequel that’s filming this summer?

Tilda: It shoots in less than a month, but Honor and I once again know nothing. What I can say, because Joanna has said this, is that it picks up exactly where we leave off after The Souvenir, and continues to explore Julie’s journey. I don’t know. … She’s not telling anybody much more. Once again, she’s written what she calls “the document,” which is a very small and rudimentary short story, which she shows to some collaborators, but not all. We’ll go away next month and play.

The Souvenir opens June 7 in Montreal, Vancouver and at the TIFF Lightbox in Toronto, accompanied by a three-film retrospective on Joanna Hogg (tiff.net).

Film Review
Framing John DeLorean shows a way back to the future of documentary filmmaking
June 7, 2019 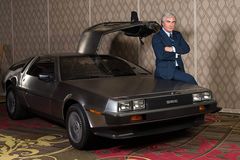 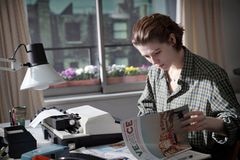 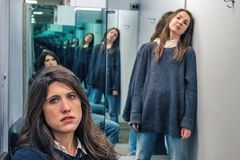 Film Review
Did Ron Howard of all people make a documentary about Pavarotti? Narrator: He did
Subscriber content
June 7, 2019 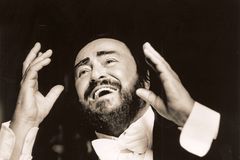