This was going to be a big year for the Vancouver International Film Festival. VIFF was scheduled to open after completing a major renovation to its physical space that included a new studio theatre, a dedicated education space and a renovated lobby with a new concession stand. There would perhaps be a new executive director in place after the previous festival director left a year ago. Everything was clipping along and then ... well, everyone knows the plot twist by now.

The festival opens Thursday, primarily online, a little over six months after everything was thrown into disarray.

Government funding for the Vancouver International Film Centre renovation was secured, construction contracts were in place, a demolition date was on the calendar: March 9 – days before the pandemic shut everything down. A tipping point was when its Vancity Theatre had to be shut down temporarily ahead of that for construction. They decided to go ahead.

“We had made a commitment," says board chair Lucille Pacey. "The renovations were to begin within a couple of weeks; the train had left the station.”

Another early pandemic-related decision was to pause VIFF’s search for a permanent executive director. Kyle Fostner had been appointed interim director after the departure of Jacqueline Dupuis last year. The board decided to keep him in the position for the time being.

“We had the confidence in Kyle in the fall when we appointed him as the interim executive director, and it just felt like there were too many moving parts to add one other new element,” says Pacey, who became board chair in March, in the midst of all this. “We were only partway through the process; we talked to our consultants and made the decision that we needed to support the existing staff instead of bringing a new person into the mix.”

The pandemic forged a closer relationship between the board and staff. Normally the board sticks with oversight and governance, but this situation called for continuing collaboration, with Zoom meetings held daily for months.

“March, April, May were about fundamental survival,” says Fostner. “What we did in that period of time was an enormous amount of scenario-building and strategizing.”

VIFF was in regular contact with other festivals in Canada and North America, brainstorming.

“The reality is, there’s next to no precedent for any of this,” Fostner says. “There’s been a lot of collaboration and process sharing and information sharing that’s happened, which I honestly think has been extremely healthy for our industry. This is a hard phase to ride through, but I think what will result on the other side is a much more community-oriented industry and a much more collaborative industry.”

With its main theatre dark and the second micro-theatre under construction, the looming question was what to do about the festival itself. VIFF traditionally opens on the last Thursday of September and continues for more than two weeks.

In May, when the province announced its restart plan and a continued ban on gatherings of more than 50 people, VIFF officials knew the decision had been made for them. “We embraced the online model at that time,” says Fostner.

It designed a streaming platform, VIFF Connect, which does not replicate the traditional live time-and-date model. Instead, a $60 subscription allows people to view almost all of the films once, on demand, over the period of the festival. (Single tickets are available for $9. Access to the industry Creator Talks is extra.)

“The customers' expectation and the environment we are operating in demands that we have an ease of use – primarily, it has to be easy,” says Fostner. As for the price, “it was a really big debate, but in the end we opted for something that we felt was respectful toward the financial moment people are having. It’s a deal that has unbelievable value, but it also understands that nine out of 10 arts organizations aren’t able to deliver their mandate, and all of those people are out of work.”

The silver lining: The online festival is accessible province-wide (but geo-blocked beyond that) – a feature that may survive, post-pandemic.

Organizers have also planned a few physically distanced screenings for the main Vancity Theatre as well as The Cinematheque a few blocks away. Many are sold out, including the opening night screening of Monkey Beach, directed by Loretta Todd and based on the novel by Eden Robinson – both Indigenous women who live in B.C.

Two days before opening night, construction crews were still on-site at the new-look Film Centre, putting finishing touches in place. The place was gleaming. After four years of planning, VIFF has its 41-seat studio theatre with retractable seating and front wall. Out front, white terrazzo flooring and sleek grey carpeting have replaced the purple polka-dot carpet that once covered the entrance lobby; there are cushioned seats along the wall in the area where patrons will line up; the concession stand is visible from the doorway and, when it can open, will be operated by paid staff rather than volunteers.

With physical distancing, the studio theatre will only be able to seat 16 people – making the economics of opening it now pretty open and shut (well, shut). It might be able to operate in tandem with the larger theatre – where up to 50 people can gather, under provincial regulations – but that is not in the immediate plan.

The COVID-19 situation is so fluid and tenuous, the festival has to be ready for anything – including cancellation of the in-person elements.

“If the province recommends, we won’t hesitate to cancel the screenings and refund everyone,” says Fostner, sitting in the new studio theatre, with its digital projection and “immense” sound. “Safety is our primary consideration. But next would be keeping people employed and providing the cinematic experience, because it really is the best way to experience film.”

First-time filmmaker Jessie Anthony, who is from Six Nations, explores the impact of strong women on a young Indigenous man (Justin Rain) struggling with addiction and legal troubles. Inspired by events in the Haudenosaunee director’s own life, the film was made under Telefilm’s Talent to Watch program.

Flowers of the Field

Uncomfortable with his attraction to men, Aaron (Alex Crowther) seeks out conversion therapy. At a retreat for a group of men also in denial about their sexuality, things go (perhaps predictably) very badly. Andrew Stanley’s first film is deliberately tense and unnerving.

For Samira (Clark Backo), there is no happy place anymore – certainly not the luxurious lakeside retreat for women where she lands after a suicide attempt. But not home, either, where she endured a horrific trauma. In her first narrative feature, TV veteran Helen Shaver puts women – and their power – in the spotlight.

Sisters Miriam (Madeleine Sims-Fewer) and Greta (Anna Maguire) clearly have issues, but also a deep mutual affection. Well, maybe. Nothing is clear and everything is upended during a couples' weekend at the cottage. Sims-Fewer and co-director Dusty Mancinelli create an experience so haunting and creepy (and sometimes graphic in its sex and violence), you might momentarily forget that you’re watching it in the middle of a pandemic. 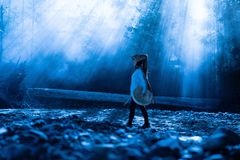 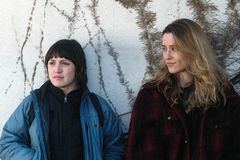 ‘I love the fact that there is a lesbian superhero’: Batwoman director Holly Dale on the new series
October 9, 2019 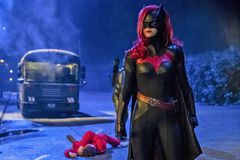