It is an exceptionally odd time to be a Canadian moviegoer.

In the late summer, things were looking up. Our theatres were back in business – the country’s largest exhibitor, Cineplex, was the first major theatre chain in the world to reopen 100 per cent of its screens – and we were, for the first time ever, getting big theatrical releases (Tenet, Unhinged, the SpongeBob Square Pants sequel Sponge On the Run) ahead of the U.S. Things were weird, but in a hopeful way.

Today, it’s just bad-weird. Theatres are closed in many major markets across the country, and those still operating face business-decimating audience-capacity restrictions. As for the movies on offer? While a good number of high-quality dramas (Let Him Go, Ammonite, this week’s Sound of Metal) and worthwhile horror flicks (Come Play, Freaky) have trickled into cinemas, there hasn’t been a real big-budget attention-grabber since Tenet. And now there won’t be until 2021. Sort of.

This is good news for the increasingly dwindling number of Canadians who live near still-open cinemas. And it is fantastic news for still-operating theatre-owners, who have had to face both a dearth of enticing product and arbitrary public-health restrictions.

“We are excited to bring Wonder Woman 1984 to our circuit across Canada, provided our theatres are permitted by provincial governments to operate,” Cineplex CEO Ellis Jacob said Thursday. “Between now and opening day, we will continue our outreach with all levels of government to remind them that the theatrical experience is safe and that there have been zero cases of COVID-19 transmission in any movie theatre, anywhere in the world.”

But for most Canadian audiences, the reality of closed theatres and no immediate home-viewing option means we’re going to be shut out of the biggest movie of the year, all the while watching our neighbours to the south streaming – and talking, and spoiling, and meme-ing – the film to their hearts’ content.

It didn’t have to be this way. Since HBO Max’s launch in May, Crave has been picking up most of the American service’s original feature-film content for its Canadian subscribers: Seth Rogen’s An American Pickle, next week’s Melissa McCarthy comedy Superintelligence and Steven Soderbergh’s forthcoming Meryl Streep comedy Let Them All Talk. But not everything. The Anne Hathaway-starring remake of The Witches, for example, went straight to HBO Max in October. Canadians were set to see it in theatres this weekend, but Warner recently delayed that plan, likely because, well, there are so few theatres open.

So why isn’t Crave picking up Wonder Woman 1984 so it can be available at home the same day as in the U.S.? Likely because the film’s simultaneous release is a costly gambit on Warner’s behalf. By opening it next month in both cinemas and on HBO Max the same day, instead of holding it for a traditional release whenever things are back to “normal,” Warner is forgoing hundreds of millions in box office, not to mention subsequent home-entertainment sales. All to prop up its under-performing would-be Netflix challenger HBO Max. There is no incentive for Warner, which has no stake in Crave, to allow HBO Max-less Canadians that same early access.

This means that the only way Canadians will be able to see the movie the same day as Americans will be to trek to our nearest open theatre. For Toronto audiences, that’s in Barrie, Ont., although by late December theatres in that city might be shuttered, too. (Drive-ins won’t save us either, as most close during the winter.)

More likely, on Dec. 25, Canadians will ask their household’s most tech-savvy resident to fire up an illegal torrent site and wait for pirated HBO Max copies of Wonder Woman 1984 to start littering the internet. Good luck to any superhero, or film industry executive, trying to fight that enemy. 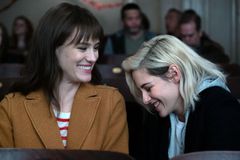 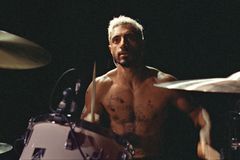 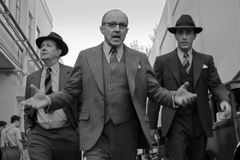