To paraphrase Wonder Woman 1984 villain/meme Maxwell Lord, “Life is bad ... but it can get worse.” Thanks to a depressingly slow vaccine rollout, moviegoing isn’t likely to return to anything resembling normalcy until the summer, and maybe even longer. (I don’t mean to be defeatist, merely realistic.) So from now until then/whenever, what do restless, frustrated, desperate Canadian audiences need to know about 2021 moviegoing? Here are my best answers.

What does “on-demand” mean?

This is the most frequently asked question popping up in my inbox. As studios continue pushing films to “digital” or “on-demand” premieres, Canadian moviegoers unfamiliar with industry terms such as SVOD (streaming/video-on-demand) and EST (electronic sell-through) are left scratching their heads as to how an “on-demand” movie can be viewed. Basically, VOD films are available to rent and sometimes own through cable companies’ “on-demand” service, including Rogers, Bell, Shaw, Cogeco and Telus; online shops such as Apple TV/iTunes, the Google Play store, the Cineplex Store, and Amazon; and “virtual cinemas,” such as the digital TIFF Lightbox and VIFF Connect portals. If a film is listed as “streaming,” it is only available through all-you-can-watch subscription services, such as Netflix, Crave, Amazon Prime Video, Disney+, etc.

But what’s the best way to find out which on-demand movies are available where? I’m strapped for time!

This part is trickier. Distributors often let critics know exactly which VOD platforms will play which new VOD releases, but distribution rights change frequently. The best solution that I’ve found, aside from either pestering publicists or typing movie titles into my Apple TV search bar and hoping for the best, is JustWatch Canada. The website keeps track of more than 20 SVOD services and their ever-shifting Canadian catalogues.

So, are any of these SVOD films any good?

Um, sometimes! The VOD landscape hasn’t yet escaped its reputation as a D-list market, but things are changing as producers wake up to the fact that theatres won’t be full for some time, which is how home audiences got, say, the new Bill & Ted movie this past summer. And there are enough worthwhile indie/art-house-leaning VOD titles to fill your entire 2021 calendar. Meanwhile, the streaming sector has produced its own separate ecosystem, with a giant such as Netflix delivering as many gems (I’m Thinking of Ending Things, Da 5 Bloods) as duds (The Midnight Sky, Outside the Wire). Just like a traditional Hollywood studio.

I get it. But when will Canadian theatres open?

Anyone who has a firm idea is guessing/deluded. Even though theatres have undertaken intense public-health measures and there have been no reported cases of in-cinema transmission, Canadian governments have arbitrarily lumped in theatres with bars, restaurants and live-entertainment venues. According to the Movie Theatre Association of Canada, there are only 26 theatres currently operating in the country: three on Prince Edward Island, three in Newfoundland, five in New Brunswick, 15 in Saskatchewan. I doubt that number will go up before the spring, but I’d love to be proven wrong.

Hold up: I keep hearing about movies “opening in theatres” over the next few months, like Nobody, The King’s Man and A Quiet Place Part II. What’s the deal?

Thanks to a unique deal struck with such major exhibitors as Cineplex, Universal Pictures’ films, including the Bob Odenkirk-starring action movie Nobody, will open in whatever theatres might be operating – including a good number of U.S. multiplexes – and then head to VOD about three weeks later. But expect upcoming winter and spring releases from studios that haven’t made such strategic shifts, such as Disney (The King’s Man) and Paramount (A Quiet Place Part II), to shift dates imminently.

What about all these movies premiering on HBO Max at the same time as theatres? I can’t find that streaming service in Canada ...

That’s because HBO Max is only available in the U.S. In another one of 2020′s many game-changing shifts, Warner Bros. announced in December that all its 2021 movies – from the Denzel Washington thriller The Little Things to the monster mash Godzilla vs. Kong – would be available to HBO Max subscribers the same day they open in whatever theatres happen to be open. The first title to do so was Wonder Woman 1984 last month ... and to appease theatre- and HBO Max-less Canadians, Warner offered that superhero sequel on PVOD (that’s “premium video-on-demand”) at a cost of $29.99. While nothing is confirmed for the entirety of Warner’s 2021 slate, the studio this week announced that The Little Things (Jan. 29) and its buzzy race-relations drama Judas and the Black Messiah (Feb. 12) will be available in Canada via PVOD the same days they’re being released on HBO Max, for a rental price of $24.99 each.

Yeah, probably. Netflix has at least one new movie release a week this year, far outpacing all rivals. But given the better-than-expected Canadian performance of Wonder Woman 1984 – the film made $4-million during its opening PVOD weekend; not bad considering the first film earned $10-million when it opened in 377 Canadian theatres in 2017 – there is still an appetite for big, made-for-theatre blockbusters at home. Even at a premium price.

Should I even ask what’s happening with Canadian films?

Oh, Canadian filmmakers are in trouble – even more so than usual. Sure, producers can and have been going the SVOD route, but even the tiniest Canadian success story relies on theatrical buzz. Add that dilemma to the difficulty of actually making a movie in Canada right now – Ottawa’s insurance plan is quickly approaching its expiration date – and it promises to be dark days for homegrown movies, and the audiences who appreciate them, for some time. Is it 2022 yet? 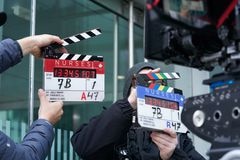 I went to Sundance’s virtual film festival and all I got was this crippling anxiety
February 4, 2021 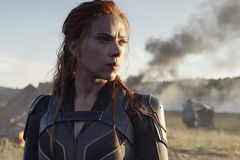