“To me, fair friend, you never can be old” is the first line of William Shakespeare’s Sonnet 104 – and also a fine summation of Kenneth Branagh’s relationship to the most famous playwright of all time. The latter-day multihyphenate has devoted a good deal of his career to adapting Shakespeare’s work – starting three decades ago with Henry V – and is today synonymous with the Bard, at least when it comes to the cinema.

For Branagh’s latest Shakespeare production, though, the filmmaker is not adapting the man’s work but imagining it. All Is True, directed by Branagh with a script by Ben Elton, takes a speculative look at Shakespeare’s later years, after he had retired from writing and returned to his family in Stratford. Branagh takes on the role of Shakespeare himself as a man now obsessed with the death of his young son Hamnet and quarrelling with his two daughters, while the cast is filled with the likes of Judi Dench (as Shakespeare’s wife, Anne Hathaway) and Ian McKellen (the Earl of Southampton, Shakespeare’s patron and possible lover).

Ahead of the film’s Canadian release this Friday, Branagh spoke with The Globe and Mail about speculating on Shakespeare’s final years, and whether there’s still room for Shakespeare in today’s culture.

I understand that this was filmed without publicity, and very quickly. What was the reason for that?

It was a labour of love, a very personal film, so it didn't need that kind of [publicity], and also my time was relatively limited. It was such a tight schedule, too, so everything was lean and mean. We shot the movie in about six weeks, though I worked on the screenplay with Ben for six to eight months before.

You’ve made six films out of Shakespeare’s plays. Why the desire to actually step into his life?

It came out of an experience of playing in his own late romance, The Winter’s Tale. I was Leontes, a man haunted by the death of his son, a very bittersweet and painful role, and it reminded me of the other plays that Shakespeare had written about the loss of a child. When I spoke with Ben, whom I’d been wanting to collaborate with for many years, it was then that I began to picture this chamber piece covering the time of Shakespeare’s return to Stratford, and him becoming the detective of his own life, looking for the truth of Hamnet.

Having studied the man’s work for so much of your career, how much thought have you given to his later years, of which there’s not much information available?

Like many people, I was charmed by Shakespeare in Love, this idea of Shakespeare romping in the world of theatre. But I wondered what it’d be like for him to be away from that, out of his natural environment. I’ve always had a fascination with the human side of the lives of great artists. I did a film on Mozart [The Magic Flute], and in my research I was intrigued by this man who wrote sublime music but who in his own life and letters was very scatological, very potty-mouthed. It’s interesting what people expect of a genius.

How comfortable were you with this sort of fill-in-the-blanks approach that Ben’s script takes?

I think it’s like working on the plays: there’s an introspective vision to take after you’ve done all your detective work on the text. There’s always a departure point when you take an editorial position, that this is what you do when that playwright isn’t in the room. Our filling-in-the-blanks way was always from a position of going back to the plays themselves to see what clues might be legitimately found there, and of how he was preoccupied with those last plays. In The Tempest, the challenge between father and daughter was very explicit, so we used that here, and there was also a departure with the use of magic. You might wonder, there’s a sort of poignant desire to create happy endings where life does not provide them.

Let’s talk about the extended scene between you and Ian, where Shakespeare is recounting Sonnet 29 to the Earl. Was that always intended as a centrepiece for the film?

It became that way, because when I saw that for the first time, it was just very arresting. For a man like Shakespeare, who wrote much about unrequited love, the idea of bringing into the story this great romantic passion was a strong thing to do, and then establish it somehow through these unsayable feelings. It has a deeply coded quality to it, an Elizabethan chess game.

Is this intended as a kind of farewell to Shakespeare for you? Do you see yourself filming any more of his works?

I don’t know, because I feel as though the culture is galloping away from Shakespeare and language-based cinema. I think our age provides a challenge for Shakespeare, but I think that’s good, because his longevity has been based on similar challenges before, which produce great work. If the world wishes to keep him alive ... I don’t know, though, if this is a farewell. I’d like to think I’d be able to do at least one more.

So you’re pessimistic about culture’s interest in Shakespeare going forward?

Just pragmatic about the challenges it faces, for all the obvious reasons: the way we communicate today, and the intensity of that. Shakespeare is dense even in trimmed versions. But I am excited about the prospect of how you keep it going. We consciously tried not to ape Shakespearean speech with the belief that, however the form was back then in terms of human interconnection, people would not be talking as in the plays. They’d speak to each other as naturally as we would, even if the actual words were different. We kept that nice and simple, so audiences would feel they had an access to him. To demystify and humanize that which can seem intimidating.

All Is True opens May 24 in Toronto and Vancouver 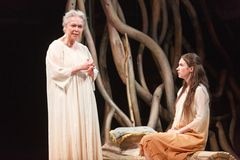 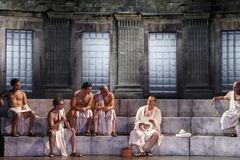 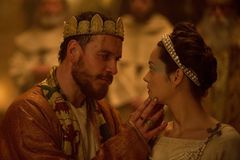