Remember the Liam Neeson who was nominated for an Academy Award for his heart-wrenching performance in Schindler’s List? Yeah, that guy is dead, throat-kicked by the new Liam Neeson, a take-no-prisoners badass who employs a particular set of skills to kill drug dealers, gangsters, sex traffickers, and, um, wolves.

Ever since Neeson starred in 2008′s Taken, the actor has been pumping out low-rent revenge flicks at a remarkable pace. But which of Neeson’s many heroes – often semi-retired fathers put in impossible situations – is his best? To mark this week’s release of The Ice Road, yet another entry in Neeson’s very own sub-genre that we’re going to call Daddy Action, The Globe and Mail ranks the actor’s best one-man murder shows.*

(*Note: This list doesn’t include action films in which Neeson plays a supporting role, like Widows, or larger franchise fare in which Neeson is just along for the ride, such as Battleship, The A-Team, The Dark Knight Rises, and Wrath of the Titans. And where does The Ice Road fit in? Well, I’ll tell you after the review embargo lifts this Friday.)

Pierre Morel’s deliciously trashy thriller completely rewired Neeson’s career, turning the respected dramatic actor into a sort of prestige Bruce Willis. Rewatching Taken all these years later, it’s easy to see why the film made such an impact: Cast as a former CIA operative who must rescue his teenage daughter from Albanian sex traffickers, Neeson seethes with paternal, America-first rage that appeals on an uncomfortably visceral level. The movie, written by Eurosploitation action vets Luc Besson and Robert Mark Kamen, is a master-class in bad taste done right. At one point destined for the direct-to-video landfill, Taken’s berserk themes and inspired casting birthed two vastly inferior sequels, an already-forgotten television series, and dozens of imitators, many of which would star Neeson himself. (Streaming on Disney+ add-on Star and Crave with Starz; available for rent/purchase on Apple TV/iTunes, the Cineplex Store, Google Play)

After Taken trashtermind Pierre Morel, the filmmaker most responsible for Neeson’s ascent to Daddy Action king is Jaume Collet-Serra, who has directed Neeson in four Liam versus the World thrillers. This 2014 production is easily the pair’s best collaboration, with Neeson’s alcoholic Federal Air Marshal thrust into a cat-and-mouse game aboard an international flight. All the Daddy Action trademarks are here: a twisty plot, a hero fighting for/avenging/mourning a kid, a wildly overqualified supporting cast (Julianne Moore, Scoot McNairy, Corey Stoll, Lupita Nyong’o, and gosh-dang Shea Whigham!), and lots and lots and lots of ridiculous set-pieces involving physical activity that would kill a man of similar age. (Streaming on Crave; available for rent/purchase on the Cineplex Store, Apple TV/iTunes, YouTube)

The second-best Neeson/Collet-Serra joint is this 2018 adventure, which came equipped with a stellar premise (Neeson’s former NYPD cop must solve a mystery while aboard a commuter train, or his family dies) as well as a perfect tag line (“LIVES ARE ON THE LINE”). Collett-Serra again stacks his supporting cast with ringers (Vera Farmiga, Patrick Wilson, Sam Neill), while at one point Neeson gets to kick a speeding locomotive over and over in the hope that the physical strength of a 65-year-old man can overpower the mighty steel and iron of a 38,000-kilogram runaway railway car. What more could you want? (Streaming on Netflix; available for rent/purchase on YouTube, the Cineplex Store, Google Play)

Oh, wait, scratch that question: What you could possibly want are … wolves! In another world better than our own, Neeson would be making movies with the more-more-more maestro Joe Carnahan every other year. As it is, the pair have only worked together twice, on the disappointing and oft-incoherent The A-Team and this 2011 chiller, in which Neeson and C-movie tough guy Frank Grillo must battle the elements after their plane crashes in the middle of Alaska. Does a movie automatically become a classic if Neeson punches a wolf with his hands? Yes. Yes it does. (Available for rent/purchase on Apple TV/iTunes, the Cineplex Store, Google Play)

Collet-Serra and Neeson do their own version of The Road to Perdition, with Neeson playing a retired (except no one is ever “retired” in Neeson’s films) hitman who must get back in action to protect his son (Joel Kinnaman). Ed Harris, Bruce McGill, Vincent D’Onofrio and Kinnaman look-and-act-alike Boyd Holbrook round out the rock-solid supporting characters, who elevate the story’s standard-but-sturdy gangland theatrics. (Available for rent/purchase on Apple TV/iTunes, the Cineplex Store, Google Play)

Neeson’s first effort with Collet-Serra is a fun-enough ride, but the 2011 film’s man-awakens-from-coma exercise is just an inch or two off from being a pure entry in the Daddy Action canon. Perhaps that’s because the supporting cast (Diane Kruger, January Jones, Frank Langella) seem to think they’re working on a higher-minded film, or because Neeson and Collet-Serra are still figuring out each other’s genre strengths and weaknesses. (Streaming on Netflix; available for rent/purchase on Apple TV/iTunes, Amazon Prime)

7. A Walk Among the Tombstones

Taking on the role of novelist Lawrence Block’s hero Matthew Scudder, an ex-cop (natch) with an alcohol problem (double natch), Neeson is right at home here. But the hard-boiled shenanigans, which reteam Neeson with Run All Night’s Holbrook, are more static than electric, and director Scott Frank seems more focused on untangling Block’s high-pulp plot than giving his star the necessary breakout moments. (Streaming on Amazon Prime Video; available for rent/purchase on Apple TV/iTunes, YouTube)

I’m not sure why it took until 2021 for Neeson to be pitted against Mexican drug cartels, but hey, we all slow down in our old age. In this perfectly serviceable and formulaic thriller, Neeson plays an Arizona rancher who draws upon his time in the Marines to defend a young boy hunted down by narcos. You can imagine how things go down from there. (Available for rent/purchase on Amazon Prime, the Cineplex Store)

Released at the height of last year’s second pandemic wave, this Neeson exercise received exactly as much attention as it deserved. A perfect example of what happens when everyone goes through the motions, Honest Thief finds Neeson playing a retired (but of course not really!) bank robber who gets entangled with corrupt feds. At least Kate Walsh, Jai Courtney and Jeffrey Donovan seem to be having fun in the margins, which is more than can be said for their co-star, who looks more weary than ever. (Streaming on Netflix; available for rent/purchase on Apple TV/iTunes, the Cineplex Store)

The oddest entry here, Cold Pursuit is a remake of the 2014 Norwegian film In Order of Disappearance by Hans Petter Moland. The director remakes his own work here, subbing original star Stellan Skarsgard for Neeson, who plays a snow-plough driver seeking vengeance (check) after his son (double check) falls prey to the machinations of a drug kingpin (triple check). From Moland’s needlessly odd stylistic tics (every time a character is killed, their name pops up onscreen with a little icon denoting their nickname; this happens a lot) to its sub-Tarantino dialogue, Cold Pursuit accomplishes the impossible: it makes a Liam Neeson action movie boring. (Streaming on Netflix; available for rent/purchase on Apple TV/iTunes, Google Play)

The absolute best thing this crass sequel has going for it is the fact that the director’s name is the super-cool “Olivier Megaton.” Other than that, there’s nothing to recommend in this exhausting and insulting attempt to build a TCU (Taken Cinematic Universe). Neeson seems particularly upset about having to participate, perhaps because he realized that a part three was also in his near-future. (Streaming on Disney+ add-on Star, Crave with Starz; available for rent/purchase on Apple TV/iTunes)

Easily the lowlight in Neeson’s Daddy Action canon, this trilogy capper (“IT ENDS HERE” promises the film’s poster … a pledge that the producers have so far kept), is a depressing slog. Returning director Megaton and writers Besson and Kamen deliver a largely incoherent, toothless exercise in PG-style vengeance that almost undoes all the semihard work that the original Taken accomplished in recontextualizing Neeson’s legacy. (Streaming on Disney+ add-on Star; available for rent/purchase on Apple TV/iTunes) 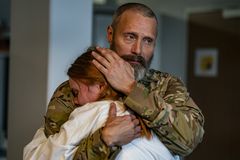 Film Review
Better maul Saul: Bob Odenkirk gets the John Wick-ian franchise we deserve with the bloody Nobody
March 22, 2021 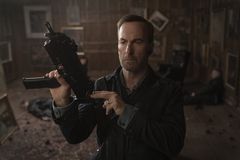 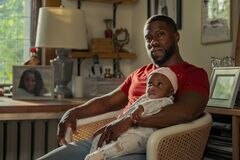