This year’s supremely strange Academy Awards are about many things. The rise of streaming services. The long-overdue recognition of diverse artists telling diverse stories. The absolute upside-down disruption of Hollywood business. But there is another, knottier issue hiding in plain sight: China, and its iron grip on the future of filmmaking.

For the first time in more than five decades, Hong Kong television station TVB will not air this year’s Academy Awards, following a move last month in which Beijing ordered media in mainland China to not broadcast live coverage of the April 25 gala. And on Douban, China’s massive cultural-centric social networking service, any mention of the 2021 event has been wiped clean. Essentially: this year, the Academy Awards do not exist in China.

Why? It comes down to two Oscar nominees: the documentary Do Not Split, which is up for Best Documentary Short Subject, and the drama Nomadland, nominated for six awards including Best Picture.

The reasons for Beijing’s antipathy toward Do Not Split are obvious: Norwegian director Anders Hammer’s doc follows the 2019-2020 Hong Kong protests, in which activists rallied against Beijing’s crackdown on civil liberties. The 35-minute film, available to watch for free online via the journalism non-profit Field of Vision, captures the Chinese Communist Party (CCP) in a horrible light. It is inconceivable that the CCP would ever allow footage of the film, or of Hammer’s possible Sunday-night acceptance speech, to make its way into the country.

“We’re seeing basic democratic rights disappearing very fast there – we can see it in our documentary, and it continues after the movie ends,” said Hammer in an interview with The Globe. “It is a very serious, critical time in Hong Kong.”

Adds Joey Siu, the pro-democracy activist who leads Hammer’s film: “It’s obvious that the CCP is not giving up on cracking down on the freedoms and rights of the people in Hong Kong. The nomination is validating, but the government sees this as sensitive, and a threat to national security.”

Nomadland’s offense is slightly trickier to parse, but it boils down to a pair of interviews that the film’s director, the Beijing-born Chloé Zhao, gave to entertainment news sites years ago: One in which she said “the U.S. is now my country,” and another in which she said that, growing up in China, “there are lies everywhere.” (The quotes have now been scrubbed from the respective publications’ websites.)

China’s boycott of the 2021 Oscars cannot be written off as a one-time thing. Rather, the move underscores just how badly Hollywood needs China. And how China no longer needs Hollywood at all.

In the early aughts, China was something of a closed market for North American filmmakers. But gradually, the CCP allowed a certain number of Hollywood movies into the country, and studios began to see not only a bonus revenue stream, but the massive potential of specifically appealing to the second-largest moviegoing audience in the world.

“The Chinese market was a huge saving grace for making up for DVD sales, which weren’t working any more. It was a massive area of growth for the future, and Hollywood did everything possible to ensure that cow could be milked,” says Chris Fenton, who served as president of production company DMG Entertainment (Iron Man 3) and is now a trustee of the U.S.-Asia Institute and author of Feeding the Dragon: Inside the Trillion Dollar Dilemma Facing Hollywood, the NBA, & American Business. “If you made something that was loud and big, it could work in both places. And if it didn’t work in the U.S., like Battleship or Warcraft, then China might save the day, too.”

Which is why a flood of American blockbusters at the time painted China in a bright light (Rian Johnson’s 2012 sci-fi thriller Looper changed one setting from France to Shanghai), shoehorned in Chinese stars and locales (2018′s Skyscraper) and even pro-actively revised intellectual property to avoid offending Chinese authorities (the 2013 adaptation of author Max Brooks’s World War Z stripped a mention of China being the outbreak point of a zombie virus; 2016′s Doctor Strange replaced a character who was a Tibetan male in the comics with Tilda Swinton). For a while, the strategy worked. Until it didn’t.

“In 2012, Hollywood movies were earning 85 cents of every dollar made in that market. In 2019, it dropped to 36 cents. Last year, obviously it was a COVID issue, but we’re down to 16 cents,” says Fenton. “But even more startling: February of this year, the box office in China alone was almost $2-billion. How much did U.S. movies comprise of that? Just $17-million. We’ve now trained them to be our greatest competitors.”

Today, the biggest films in China are domestic products like Detective Chinatown 3 and Hi, Mom. The biggest Hollywood movie to make a dent in the country recently? It wasn’t Mulan, which only resulted in a series of PR crises for Disney thanks to a star who spoke out in favour of Hong Kong police and a production that shot in Xinjiang, the same region where the CCP is brutally oppressing its Uyghur citizens. And it wasn’t the superhero sequel Wonder Woman 1984. Instead, it’s Godzilla vs. Kong, produced by a subsidiary of the Chinese conglomerate Wanda Group and whose action-packed climax features the destruction of ... Hong Kong.

Future Hollywood releases are also in doubt: Will China allow, and will its moviegoers embrace, the Top Gun sequel now that producers removed the Taiwanese flag patch from the jacket of Tom Cruise’s character? Will Marvel’s Eternals be let into the country, given that it was directed by Zhao, who is persona non grata?

In the meantime, China’s position on the Oscars has resulted in exactly what Do Not Split’s filmmakers were hoping to achieve: it put a bright, shining spotlight on the CCP’s abuse of state power.

“We’re in this strange situation where we made a documentary focusing on how basic democratic rights are disappearing, and then after it was released we now have censorship affecting that documentary. The film becomes a part of the process,” says Hammer. “Beijing is actually helping us talk about this issue.” 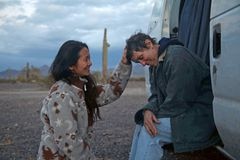 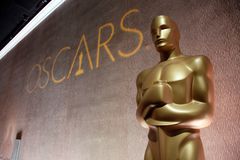 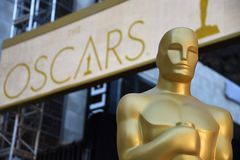