Not that the Canadian arts community was in the market for any more bad news, but there is only one reaction to Thursday’s cancellation of Canadian Screen Week: devastation.

The eighth edition of Canadian Screen Week was set for the end of this month to celebrate homegrown television, film and digital media, and would have culminated with the televised Canadian Screen Awards gala on March 29.

It is typically a gigantic affair for an industry that is often and mistakenly thought of as tiny, and stretches out so long to accommodate its massive number of participants – 1,598 individual nominees this year spread out across 140 categories.

Or rather, those numbers only appear to be massive, but are on par with how many nominees you’d get if you, say, smushed together the Oscars, Emmys, including the technical side of things. (Still, that hasn’t stopped critics, including myself, from mocking the CSAs’ everyone-gets-a-prize reputation; mea culpa!)

Fade to black? The coronavirus hits keep on coming for the film industry

Arts and culture organizations can be a balm in times of crisis. They need our support right now

Given the global public-health trends, though, it was inevitable that the Academy of Canadian Cinema and Television (ACCT), which administers the awards, would cancel this year’s edition. We can debate the levels of reaction or overreaction to the new coronavirus pandemic elsewhere – when studio blockbusters (No Time to Die, F9, Mulan), film festivals (Tribeca, SXSW), sports leagues (NBA, NHL), and even Disneyland decide to press pause, the only choice the CSAs were left with was no choice at all.

"In light of the COVID-19 pandemic, the Canadian Academy is deeply saddened to announce the cancellation of all Canadian Screen Week activities in Toronto, Montreal and Vancouver, including the national broadcast gala," the ACCT said in a statement. "Following a thorough review of Canadian Screen Week events and an assessment of the potential risk to our attendees, we feel this is the only responsible decision at this time."

The ACCT did what they had to do and should be applauded for it, even if that applause is of the polite-Canadian variety. Yet at a moment when Canadian artists need all the recognition they can get – when their existence is threatened by an increasingly over-saturated global marketplace, aided by easier and cheaper ways to access that content – the impact is crushing all the same. We will likely see ripple effects of this week’s wave of domestic cancellations for years afterward.

Sure, the CSAs telecast has its problems – last year’s host-free format worked better in theory than in execution, and there is still an uneasy reliance on stars-gone-Hollywood – but they are our problems: uniquely Canadian dilemmas that the CSAs are figuring out just as well as the rest of us are. Year by year, the ACCT was building a better, accessible, engaging system.

So while the CSAs are still working themselves into becoming a household name, the impact of winning an award, let alone the chance to receive the statuette on live television, can help fast-track an artist’s career. The boost would have been especially welcome and deserving for this year’s crop of film nominees, given that the group is one of the strongest since the CSAs came into existence.

True, most moviegoers have never heard of them, probably because only three actually received theatrical releases as of this writing, and tiny ones at that. But any exposure is good exposure, and recognition at the CSAs this year could have led to just that many more curious audiences checking out the country’s next wave of talent.

But there is hope on this front. While the ACCT has promised more info on how it will be honouring this year’s nominees, pledging an update “in the coming weeks,” the organization earlier this year launched its “Where to Watch” online initiative, which answers the question that so many consumers must ask themselves on a weekly basis: Where, exactly, can I find this thing right this very minute?

From listing which movie is on which Canadian streaming service to pinpointing local theatrical screenings (although perhaps less of those as the COVID-19 caution grows), the portal acts as a decent, if unintentional, balm to the CSAs’ scuttling.

So this Canadian Screen Week, or even tonight, visit the website, find a film that you’ve never heard of before, and discover some exciting Canadian talent, all in the comfort of your own home. It’s not like you have anywhere else to be.

Fade to black? The coronavirus hits keep on coming for the film industry
March 12, 2020 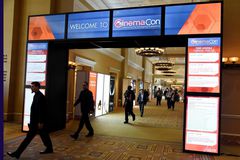 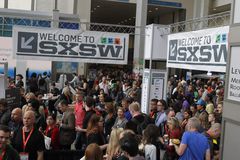