Dressed in Louis Vuitton, sitting on a couch in a hotel room with an ensuite bidet, 29-year-old Xavier Dolan wanted to assure me that he isn’t afraid of failure.

“I haven’t really lived failure, but I’ve felt how failures feel,” said the Quebecois auteur during a press junket at the Toronto International Film Festival in 2018 for his seventh movie in nine years, The Death and Life of John F. Donovan. “Not all of my films have been equally successful and there have been failures, either in convincing a community of journalists, or the public. The American market has always been one that I felt really didn’t respond to the stories I want to share, so I have no expectations at all. There’s no way for me to know what will happen to this film.”

Death and Life, which opens in Canadian theatres on Aug. 23, is now largely considered Dolan’s worst movie to date. His $35-million English-language debut boasted an all-star cast which included Natalie Portman, Kathy Bates, Jacob Tremblay, Kit Harington, and Jessica Chastain, the latter famously cut out of the movie owing to “tonal issues.” The follow-up to his Cannes Grand Prix-award winning It’s Only the End of the World, Death and Life was Dolan’s Magnolia, a star-studded ensemble film that was a hugely ambitious, yet painfully sincere artistic failure. (An original cut, then four-and-a-half hours long, had a prologue about the original genesis of Rainer Maria Rilke’s Letters to a Young Poet, filmed in Prague and narrated by Michael Gambon.)

Co-written with his friend Jacob Tierney, the sweeping melodrama about a lonely child actor (Tremblay) who develops an unlikely pen pal in a famous closeted TV star (Harington) tackles everything from gay identity to white privilege to childhood dreams in an often egregious fashion, thanks to the martyrdom of the movie’s titular privileged and painfully bland hunk. It is based on Dolan’s experience growing up as an isolated child actor in Quebec, when he wrote letters to everyone from Leonardo DiCaprio to Céline Dion. None of his idols ever wrote him back.

The film was speculated to premiere at Cannes in 2017, but spent the next two years stuck in postproduction turmoil as Dolan worked with a co-editor for the first time, Quebecois filmmaker Mathieu Denis. It was then slated to play at Cannes again in 2018 and was pulled by Dolan from the lineup. Finally, it screened at TIFF in 2018 to a “meh”-ish, 17 per cent rating on Rotten Tomatoes. Sitting on the couch, Dolan admits his film has problems.

“I shot the film that I wrote, but the film that I wrote was a 160-page script that made no choices,” he says. “You now want to focus on something [the editing process] that I’ve been focusing on for two years and I don’t know how inspired I can be to talk about that. I usually edit movies in two months, not two years. It was at times brutal and invigorating to rediscover something you think you know by heart.”

Changing the subject, I ask Dolan if he ever had a “John F. Donovan.”

“Growing up, my room was just posters and posters of Titanic. It was a true obsession. Leonardo DiCaprio was probably one of my first loves.”

Did he already know he was gay by that point?

“No, but I’m assuming everyone around me did just by the amount of times I would mention his name in one sentence!” he says, laughing.

“Titanic is not just the film I loved as a child, it’s the beginning of many things. Probably a sexual awakening, but also a cultural awakening, a cinematic awakening and a life awakening in that I realized how ambitious the film was. It inspired me to consider all the options I had artistically - that I could act, design clothes, even shoot films. None of these options had ever seemed possible before.”

Thandie Newton, who plays a journalist who serves as the movie’s framing device, says Dolan simply lives to work.

“He’s a powerful individual who is driven, passionate and single-minded, in that he really lives his life in the pieces that he makes,” she says in a separate interview. “Xavier feels a need to make a movie in order to satisfy a problem in his own reality, so he creates an alternative reality in order to work [those problems] through.”

Speaking allegorically about Death and Life and Dolan, Newton says: “This movie sets up a question: Is this man allowed to live? He sacrifices so much, but his career means everything to him. He’ll do anything to fight for that and who’s to say that’s wrong?”

And so, while the fate of Death and Life hung in the balance, Dolan made another movie. Matthias & Maxime premiered at Cannes this past spring with the filmmaker returning to his roots: filming in French in his native Montreal with a crew of long-time friends. He also acts again, playing one half of two male pals whose relationship abruptly changes when they share an on-screen kiss in a short film. Critics praised its tenderness, intimacy and renewed sense of restraint.

“I can’t force people to love my films or hate them,” Dolan says. “[Death and Life] did please a lot of people whose judgment I trust, but should that be enough? Probably not for a film this big and costly, but to answer, at length and unreservedly, I do not worry. I’m shooting my eighth film right now with my best friends and I don’t recall ever being happier. I feel like I’m in a good place, like I’m doing the film that I should be doing. I’m taking risks and feeling free.”

The Death and Life of John F. Donovan opens Aug. 23 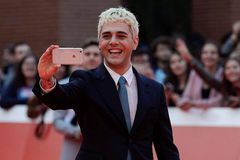 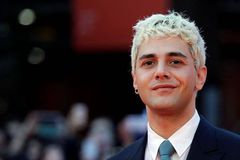 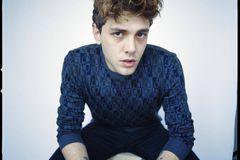