When you read about Michael Audain in the newspaper these days, it's probably because he is arguing for a new Vancouver Art Gallery, or maybe in connection with a generous donation, an award he has funded, a gallery named for him, his work as chair of the National Gallery of Canada's board of directors, or a real-estate story about his company, Polygon Homes.

Fifty years ago, Audain was also in the news: "Jail Brutality Charged by B.C. Freedom Rider," reads a Globe and Mail headline from July 1, 1961.

"I might call myself a sort of accidental Freedom Rider," says Audain, now 73. "I was schooled in Gandhi's struggle in colonial India ... so I thought, well, the way to do it for me was to test the Interstate Transit System."

On May 3, 1961, a group of 13 Freedom Riders set out from Washington, D.C., for the Jim Crow Deep South and with their integrated presence, peacefully protesting against segregation on buses and at rest stops - which had been struck down by the U.S. Supreme Court five years earlier.

A few days in, the bus riders began to experience terrible violence: angry mobs, complicit police. In Jackson, Miss., authorities tried a new, differently harsh tactic: sending the Freedom Riders to the state penitentiary at Parchman. The protest responded: People went to Jackson in an effort to overwhelm the justice system, and fill up the cells. Audain, then 23, was one of them, the only Canadian to officially participate in the Freedom Rides.

If it's one of the lesser-known chapters of the civil-rights movement, American filmmaker Stanley Nelson's powerful documentary Freedom Riders is changing that. There were raves at Sundance. It's at the DOXA Documentary Film Festival in Vancouver on Friday, before airing on PBS next week. Last week, Nelson was on The Oprah Winfrey Show, along with 178 Freedom Riders.

"The Oprah show experience was one of the most amazing in my life," says Nelson, 59. "As a filmmaker, to have a film on Oprah was great. Also to see the Freedom Riders celebrated like that by Oprah, who is reaching so many millions of people ... who may not know about the Freedom Riders normally. Well now they do know."

Nelson, who is black, himself knew next to nothing about the Freedom Riders when he was approached by the PBS American Experience series about the film, which he based on Raymond Arsenault's exhaustive book. The documentary features extensive archival footage - much of it never seen before - and relies on present-day interviews to tell the story.

"I think one of the strengths of the film is the interviews," Nelson says. "For so many of the Freedom Riders, they had rarely been asked. Part of the story was that these were normal people, these were everyday heroes, these were people you might see in the supermarket line."

Audain (who is not in the film and turned down the invitation to be on Oprah, but whose role will be profiled on Seattle's PBS station this Friday) was a political-science student at the University of British Columbia in 1961. He was doing some sociology research in Memphis, where he made a point of sitting in the so-called coloured section - at the movie theatre, on the bus, wherever. So he was a natural for the Freedom Ride.

On June 7, he boarded a bus in Memphis and got off at the Jackson rest stop when the bus pulled in for a meal break. "It was about dinner time and I went into the so-called coloured part of the bus station and ordered some dinner." Fried chicken, he remembers. "I was asked to leave, and I said, 'Okay, I will leave, but I'm first going to have my dinner and then I'll get back on the bus.' And they said, 'No, you've got to leave right away, or you're under arrest.' "

Audain pleaded not guilty but was found guilty, spent a few days in the city jail, and about three weeks at Parchman, where he shared a cell with a beaten and ultimately force-fed hunger-striker. In isolation, wearing the black-and-white striped prison uniform, he was allowed out twice a week for five minutes for a shower.

He was finally released on $500 bail. "In the South, there's a revolution going on," he told CBC Television at the time.

Audain's name was never cleared. He believes that his disapproving father in Victoria failed to pass on notice of the hearing where his case would have likely been dismissed. "He was very opposed to my embarrassing the family," he says.

Nelson says the people who willingly risked their lives and went to prison for the cause do not see themselves as heroes, but should. "If they had not done what they had done, I would not be doing what I'm doing now. When I grew up, there was no such thing as an African-American film director. That wasn't happening. So I owe my life, the life that I have, to the Freedom Riders. I know that without a doubt." 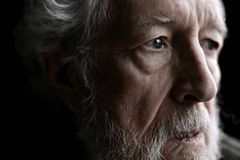 'Our community is under threat,' say Canadian documentary makers
April 27, 2011 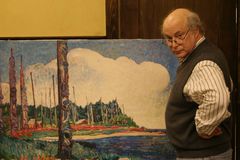