Over the course of his career, Mike Myers has created dozens of memorable, larger-than-life characters on both the small and big screens – but in his new book, Canada, the comedy icon unveils his most passionate persona yet: true-blue patriot. In this exclusive excerpt, Myers recounts his childhood in the Toronto suburb of Scarborough – and why nearly every Canadian kid was jealous of the neighbours down south.

In Canada, you can support even the most outrageous claims of deviant human behaviour simply by saying it happened “somewhere in the States, eh?”

For example, “Did you hear about that lady? That would steal babies from the hospital? And raise them? Convincing them that they’re deaf?”

“Somewhere in the States, eh?”

“Wow, those people are crazy, eh?” 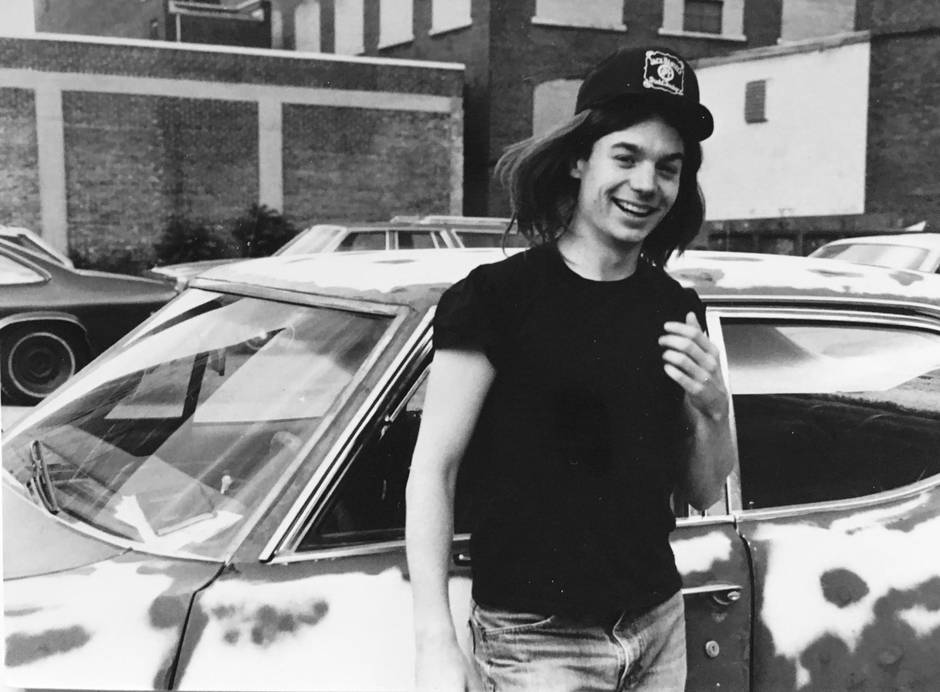 Before he was Wayne, Mike Myers was just another Canadian kid.

I was also envious of American television. Let’s face it: America makes the best TV shows in the world. That’s not to say I didn’t love Monty Python’s Flying Circus and other brilliant British shows; it’s just, come on: M*A*S*H, The Dick Van Dyke Show, The Mary Tyler Moore Show, The Bob Newhart Show, The Ed Sullivan Show, The Rockford Files, Hogan’s Heroes, The Man from U.N.C.L.E., Rod Serling’s Night Gallery, The Monkees, H.R. Pufnstuf, The Muppets and Hee Haw, which featured Canadian Don Harron as his character Charlie Farquharson, the radio newscaster for station KORN, an American station, and yet, to us at home, he had the thickest Canuck accent going. I salute you, Don Harron. I just want to take a second, also, to give a loving shout out to SCTV. I’m so proud that they’re Canadian. There’s a lot of SCTV’s Bob and Doug McKenzie in Wayne’s World: Both sketches were unabashedly local and had a homemade feel to them. Thank you, SCTV. Thank you, Dave Thomas, and thank you, Rick Moranis.

Growing up in Toronto, the local American TV we got was from Buffalo. The highlight of Buffalo TV was, of course, the legendary Irv Weinstein.

Irv was the main newscaster for Eyewitness News on channel 7. He is a folk hero in Toronto. Ted Baxter-like, yet much smarter and way more tasteful. He was the ultimate anchorman. To us in Toronto, it seemed like Buffalo was constantly on fire. We marvelled at Irv Weinstein’s ability to come up with synonyms for firefighters. For example, he could say, “Buffalo firefighters today battled a three-alarmer in an abandoned rooming house at Lackawanna and Main.” In the next story, it would be, “Buffalo blaze-busters tackled a massive electrical fire in an abandoned factory near Grand Island.” Or it could be, “Buffalo smoke-eaters today are still battling an unyielding inferno in an abandoned carpet store in Tonawanda.” All the stories ended the same way: “Arson is suspected.” 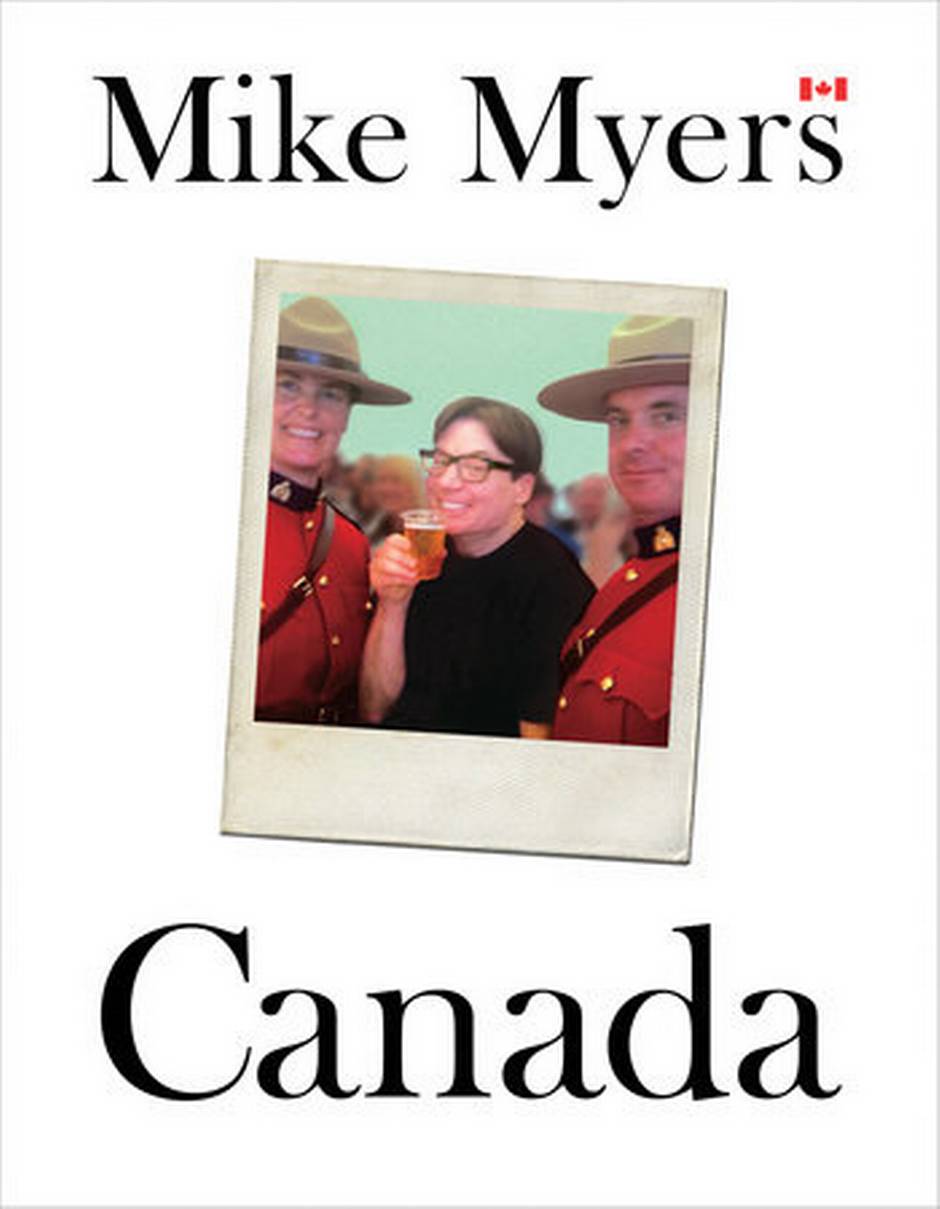 Similarly, it seemed to us in Toronto that there was a 24-hour-a-day running gun battle happening on the streets of Buffalo. When I was old enough to steal beer, we developed a drinking game. Everyone had to take a sip of Molson Export every time Irv Weinstein said, “Arson is suspected” or “the suspect died later of multiple gunshot wounds.” On one humid August evening, there were so many fires and gun battles in Buffalo that I almost gave myself alcohol poisoning.

When there was a snowstorm, my brothers and I would watch Buffalo TV and be jealous of Buffalo schoolchildren as the newscasters read out the names of schools that were closed because of the snow. We never had snow days! Equally upsetting was Kentucky Fried Chicken. How is it that a state that was one-10th the size of my province, Ontario, had a dish named after it, especially one that was so delicious that my father claimed it had a chemical in it that made you crave it every two weeks. Equally puzzling was Colonel Sanders. Why was he a colonel? Later, I found out that he was a Kentucky colonel, which is an honorary title. My dad, however, a critic of the Vietnam War, said, “Colonel Sanders? The Americans have even managed to militarize chicken.”

It was also a travesty that you would see toys advertised on American TV that were not sold in Canada. And if the toy was sold in Canada, the announcer would give the price and then a super-sped-up announcer would tack on, “Canadian orders add 10 dollars.” Canadian orders add 10 dollars? That’s not fair! Even less fair was when that same sped-up guy would say, “Not available in Canada.” Cruel.

We were obsessed with the Buffalo accent – the way the word top sounded like “tap.” The word dollar sounded like “daller.” They worshiped “Gad,” and they loved their “dyad” and “mawm.” I’m sure they would pay “tap daller” to see their “dyad” hanging out with “Gad.”

But of course, Canadians have an accent too. Some Canadians think the Canadian accent is, by its nature, the absence of an accent. As if the Canadian accent is zero on any given accent-measurement scale. They are deluded. The Canadian accent has its own vowel sounds, lexicon and pronunciations. For example, in the Canadian accent, process sounds like PROH-sess; milk can sound more like melk; margarine is pronounced mar-jer-EEN, like wolverine; tiger can slip into tagger; decals become deckles. Canadians pronounce New Orleans as New Or-LEENS. In Canada, pasta is pronounced paasta, like Mount Shasta, and you’ll eat the leftovers to-MORE-oh, not tuh-MARR-ow. Your mother is not your mom, but your mum, and if she’s a sex worker, she’s not a whore, she’s a hoo-er. 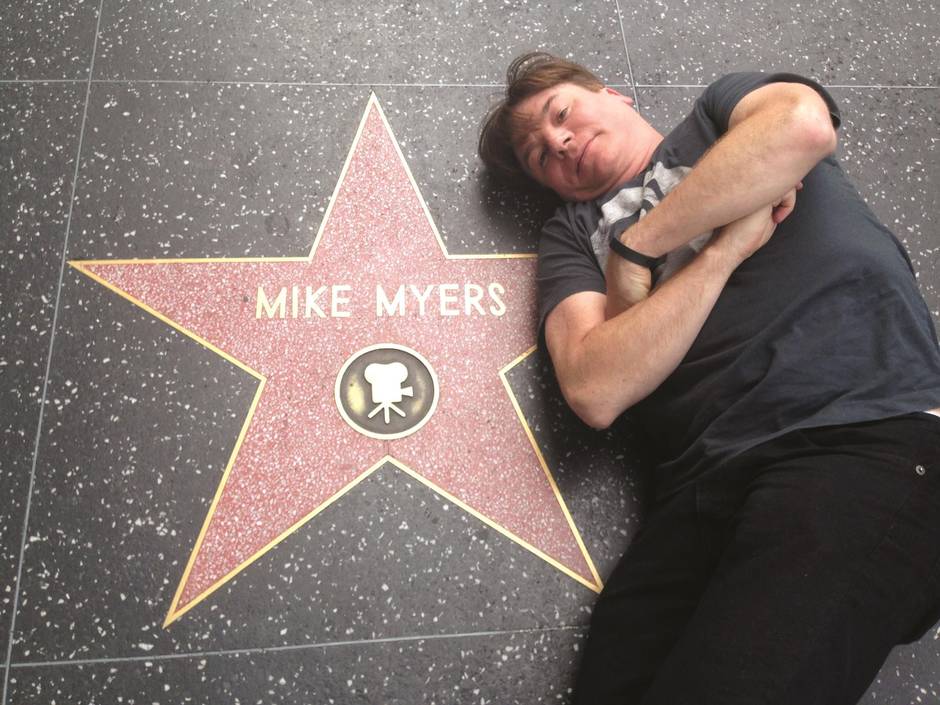 Mike Myers writes about growing up in Scarborough in his new book, Canada.

There are a few regional variations in pronunciation, even within Canada. For example, in Vancouver, dollar can tend to sound like DOLE-er. In the west, your car would go in the ger-ADJ, which rhymes with badge, and the front of a building, the facade, would tend to sound like the fis-SAD. In Atlantic Canada, they’ll say something is right nice, but it will sound like it’s roit noice. If you were on a tour boat, you’d be on a tore boat (though in Vancouver, it would be a two-er boat).

Then there are some phrases that are uniquely Canadian. In Canada, when you’re sick, you’re not in the hospital, you’re just “in hospital.”

“Did you hear about Bill? He’s in hospital. In front of his kids, eh?”

A knit cap is a tuque, pronounced “tewk”; a variety store is a smoke and gift; and you’re in Grade 8, not the eighth grade. In the States, if you were hooked up, you would say, “I know a guy.” In Canada, it’s “a buddee o’ mine,” as in, “A buddee o’ mine has some snow tires.” In a fight, you don’t kick a guy, you hoof him – as in, “A buddee o’ mine got hoofed in the nuts.” If you spit on somebody, you hork on them; if you step in a puddle, you get a soaker; if you suspect that somebody’s crazy, you say, “Careful: Buddy’s mental!” Someone who’s a trash-talker has got a smart mouth. No one is likely to call you on the phone, but they might phone you and have a call. A 24-pack of beer is a two-four, which ends up getting shortened to tewf. In Scarborough, a 12-pack of beer with a built-in handle is called a Scarborough suitcase. There is no plural for the word beer in Canada. For example, “A buddee o’ mine got stopped by the police. They let ’im go, ’cause he’d only had, like, about nine beer.”