Brad Bird doesn't care about you. Unless you're preternaturally gifted – unless you're part of the 0.01 per cent of us who are truly special, whose self-made superiority is undeniable – the writer-director behind Tomorrowland can't be bothered.

Harsh, yeah. But that's the Objectivist message Bird's films live by, and it has allowed him to build an IMDb profile that would make Ayn Rand blush. Just as the author behind The Fountainhead believed in an ideal man who should be left alone to thrive, free from the limitations of an unimaginative and destructive public, Bird, too, pines for worlds where incredible people can be free to do incredible things, and to hell with everyone else.

Take his feature debut, 1999's The Iron Giant. On the surface, it's a charming cartoon about a boy and his alien robot. Yet the film spends an awful lot of time and energy developing a deep mistrust of government forces, especially military bureaucrats whose sole purpose is to destroy something they don't understand, something spectacular.

The Incredibles is more of the same, although masked in the guise of a comic-book adventure. Here, an ungrateful (i.e. complacent, average, worthless) public bands together to force superbeings into a life of mediocrity, so terrified are they of anything powerful or special. The film's villain, who embraces envy as much as Rand rejected it, also has a half-cocked scheme to mass-produce superpowered weapons, laying out Bird's guiding philosophy in one tidy pull quote: "When everyone's super, no one will be."

Even Bird's Ratatouille employed lush speeches on the importance of elitism and the dangers of complacency, albeit speeches delivered by a talking rat. (Mission: Impossible – Ghost Protocol is the only Bird film to avoid such blatant Randian sermonizing, likely because it's the sole movie that he also didn't write – though, come to think of it, isn't Tom Cruise's superspy, Ethan Hunt, just an ass-kicking John Galt?)

Bird's Objectivist leanings shine brightest, though, in Tomorrowland, the most insidiously political blockbuster ever made. The film's plot is simple: A rebellious teenage girl (Britt Robertson) joins forces with a genius recluse (George Clooney) and an android (Raffey Cassidy) to save an alternate-dimension utopia built in secret by the greatest minds of the 20th century.

Woven into the narrative are surface-scratching meditations on the strength of family, the triumph of imagination and the all-mighty power of nostalgia, particularly if it's tilted toward the brand of retrofuturism pioneered by Walt Disney in the fifties. (This last bit is a little more crucial than the others, as Tomorrowland is a Disney production through and through, complete with a crucial scene set inside the It's a Small World ride and another littered with Disney-branded action figures.) Yet, dig a little deeper and it's Atlas Shrugged reimagined by Mickey Mouse.

Tomorrowland (the film) introduces Tomorrowland (the place) as a near-magical realm where rocket travel is standard, robots fix your jet packs with ease and everyone reads electronic newspapers while taking the monorail to work (okay, sure). As explained by Clooney's character – repeatedly, and with the star's typically smooth intensity – Tomorrowland was constructed by the world's "best and brightest," who were able to realize their visions only by being "free from government, bureaucracy" and other forces of mediocrity that would quash the gifts of the exceptional. The rest of humanity is forbidden from both visiting Tomorrowland and utilizing its scientific advances, as the unwashed masses would, in the words of the film's kinda-sorta-not-really villain (Hugh Laurie), "gobble it up like a chocolate éclair" until there's nothing left.

Bird has previously dismissed any Rand comparisons as "ridiculous," calling himself a centrist who "feel[s] like both parties can be absurd." One or two ideological slips are easy to brush off, sure, but with Tomorrowland, Bird has produced four unmistakably Objectivist tracts. There are coincidences, and then there's proselytizing.

But how has Bird been able to get away with labelling the majority of his audience inferior cogs who are only impeding their superiors? Being a legitimately brilliant director helps. Few working filmmakers can execute a set piece quite like Bird, who has an expert way at ratcheting tension, controlling dramatic beats and realizing sharply imagined visuals. It's right there in The Incredibles's secret-island sequence, Ratatouille's grand finale dinner or Ghost Protocol's audacious jaunt up a Dubai skyscraper.

Tomorrowland has a handful of such scenes, too, although they're harder to appreciate as Bird's Objectivist preaching gets louder and louder. As the film winds on, the director seems to realize that he's pushing his agenda harder than before, and overcompensates with illogical plot twists, pointless explosions and one very cruel and unwarranted death. If only someone at Disney pulled him aside, sat him down and gently let him know that, no, Brad, not everything always has to be so goddamn special.

Barry Hertz is The Globe and Mail's deputy arts editor. 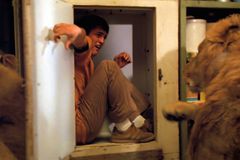 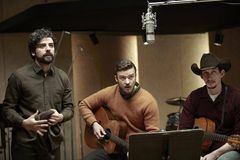 Female directors finding more opportunities on TV than in movies
May 15, 2018