"Bresson is to French cinema what Mozart is to German music and Dostoyevsky is to Russian literature," said Jean-Luc Godard, a blurb quote that, hyperbolic as it sounds, accurately reflects cinephiles' regard for the late French director, Robert Bresson, who has been called the "patron saint of cinema." Bresson, who died in 1999, is not only revered for such allegories of spiritual struggle as Diary of a Country Priest or Au hasard Balthazar but for his rigorous and fascinating technique, in which the shot, gesture, edit and sound coalesce into an inexorable narrative flow.

Now, 14 years after TIFF Cinematheque's groundbreaking Bresson retrospective helped put the institution on the map and trigger an international re-appreciation of the auteur, Bresson is back. The new retrospective, The Poetry of Precision, which tours a dozen North America cities this year, opens at the TIFF Bell Lightbox on Thursday night. The Globe spoke with the Cinematheque's senior programmer, James Quandt, who oversaw both retrospectives and edited both the original and a revised accompanying critical anthology on the director.

Just how much has Bresson's reputation changed since the last retrospective?

His reputation has changed immensely over the last decade or so, both in extent and nature. When the last retrospective happened, there was considerably less scholarship in English on his films than many other French directors. In the past 10 years or so, several English volumes have appeared on his work by such authors as Joseph Cunneen, Brian Price, Keith Reader and Tony Pipolo, with others in the offing.

The focus and tenor of writing on Bresson has also changed considerably. Instead of endlessly repeating the estimation of him as an austere stylist and Catholic/Jansenist spiritualist, recent writing has opened new aspects of his work, exploring such subjects as eroticism, both homo- , as in Pickpocket, and hetero-, as in most of the other films; surrealism and Bresson's connection to a jazz-Dada-fashion milieu in the Thirties; and radical politics, particularly in his colour films. There has also been a shift away from considering only the central canon of his work, that is from Diary of a Country Priest through Mouchette, to a concentration on films hitherto largely ignored or dismissed, such as his first two features. As well, there has been a major reconsideration of Le Diable probablement as a prescient work about the state of the world now, which was often reviled at the time of its release, but which I think is amongst his greatest works.

How would you compare putting together the 1998 retrospective and this one?

Bresson retrospectives have never been easy, given the difficulties around the rights and elements for some of the films, and each time out presents both an old, recalcitrant set of challenges and a whole new set of them. This iteration took about four years to accomplish, and I went down to the wire on one title, Une femme douce, which was confirmed only at the beginning of the year.

One noticeable difference in terms of setting up the North American tour, which I think reflects changes in film culture over the last decade or so, was a cautious response from some venues. For example, last time round, Ian Birnie, an ex-Torontonian who was the film curator at the Los Angeles County Museum of Art and a great Bresson fan, took the entire retrospective and all the screenings sold out there. This time, since his departure from LACMA, it was difficult to place the retrospective in L.A. – the city of so many directors greatly influenced by Bresson.

Sometimes Bresson's influences are direct and surprising, as in the case of Takeshi Kitano. Certainly Martin Scorsese, Paul Schrader, Michael Mann et al. were manifestly influenced by him. Schrader is particularly flagrant and persistent in his citations and homages. One can argue that these are hardly "mainstream Hollywood" directors – I am fairly certain that Michael Bay is Bresson-free! – and then there is the complicating factor of Jean-Pierre Melville, whose style often concurred with Bresson's in his early films, and which also greatly influenced some Hollywood action directors.

When you see later Bresson, including his last film, L'Argent, where the colour is so important, it's hard not to worry what's been lost because of distortion or fading.

Colour is one of the key issues in Bresson's cinema. Susan Sontag wrote in the Sixties that "it is almost impossible to imagine a Bresson film in colour," and the revised edition of the book includes a symposium with four critics who debate the issue. As you suggest, colour is worrisome when it comes to print quality, as Bresson first worked in Eastmancolor, which was notorious for fading.

Many years ago, I was ashamed to show a print of Une femme douce that had faded to pink. The colour quality of all the prints in the retrospective is excellent. For instance, when we had a new print of Four Nights of a Dreamer struck recently, its cinematographer, Pierre Lhomme, generously volunteered to travel to Paris to oversee the colour timing. People who saw the print of Lancelot du Lac, whose use of colour is greatly coded and symbolic, at Film Forum in New York have rhapsodized about its beauty. And the print of L'Argent, which I consider Bresson's greatest film, is brand new, so the blue tonalities that are so important to Bresson's rendering of contemporary capitalist Paris – I use the term because many claim the film qualifies as Marxist critique – should be impeccably timed.

The Poetry of Precision: The Films of Robert Bresson runs at Toronto's TIFF Bell Lightbox until March 18 ( tiff.net ). It opens at Vancouver's Pacific Cinémathèque on April 4. 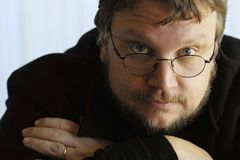 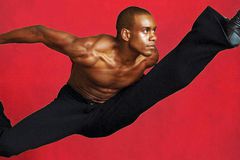 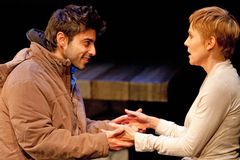 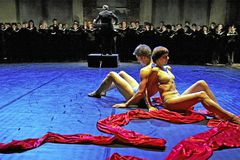