Skip to main content
Nathalie Atkinson
Special to The Globe and Mail
Published May 26, 2016

Midway through a conversation with Whit Stillman, as we’re discussing the particulars of a late scene in his new movie Love & Friendship, the director glances at my digital recorder and interjects, “But don’t give it away – that’s a spoiler!”

After all, Pride & Prejudice alone has inspired fantasy-baseball-team-type lineups culled from the many television and film adaptations – this Lizzie paired with that one’s Mr. Darcy, for example, or the best Mr. Bennet (for the record: Donald Sutherland). But mention Lady Susan, the inspiration for Stillman’s new film, and all but the most ardent Austenites draw a blank. That in itself brings another level of delight to seeing Love & Friendship cold. What I can say: The plot concerns the machinations of the charming, recently widowed Lady Susan Vernon, “the most accomplished coquette in England,” and the romantic prospects of both her and her daughter while on an extended stay at her brother’s country house. 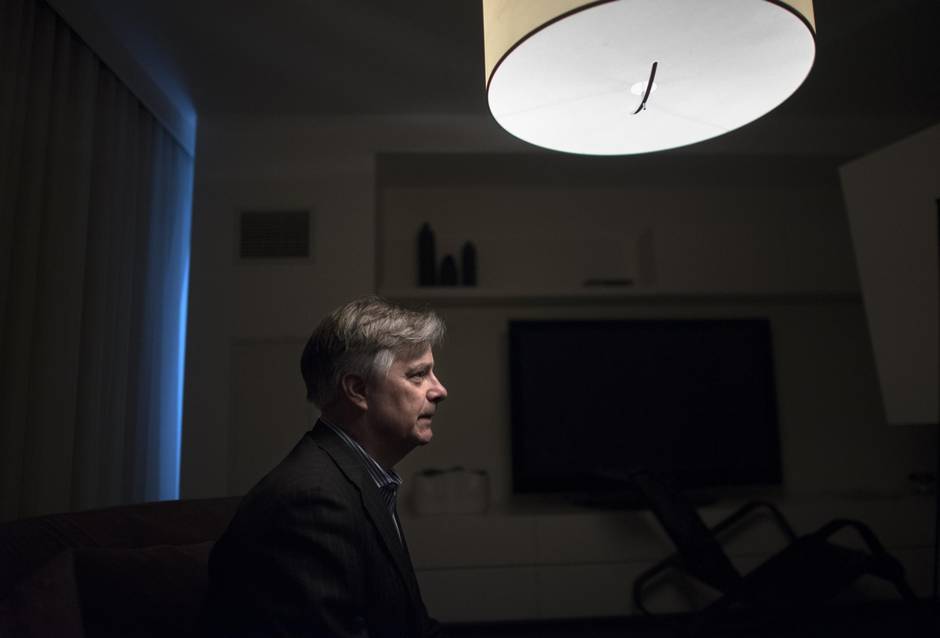 Director Whit Stillman found the novella Lady Susan as an add-on in the back of an edition of Northanger Abbey. (Fred Lum/ The Globe and Mail)

Austen’s playful epistolary novel was written circa 1794-95, focusing on correspondence between Lady Susan (played in Love & Friendship by Kate Beckinsale), her best friend Alicia (Chloë Sevigny’s well-married American in London) and the several horrified onlookers who report on the scandalous romantic entanglements. It’s arguably Austen at her most mordant, and the early novel was not published during her lifetime. Austen biographer Claire Tomalin has suggested the author shelved the work because it was too bold: caustic, and virtually unadorned with any moralizing.

“Mansfield Park came out of her feeling that Pride & Prejudice was too light and airy and that she wanted to write something more serious and, sort of, reverent,” Stillman says. “And maybe this was too irreverent for who she had become.”

But the American filmmaker’s choice to work with Austen’s lesser-known work wasn’t about avoiding comparison to other versions (of which there are exactly none). “I was approached by producers for other adaptations,” he says. “My problem was, I love the books. The completed book of Mansfield Park, of Pride & Prejudice, of Sense & Sensibility. Therefore for me, it’s not interesting making that into a movie.”

Then Stillman found the novella Lady Susan as an add-on in the back of an edition of Northanger Abbey. “I loved material within Lady Susan but I didn’t adore it as a whole, so I could create something that I thought was a fuller, more complete Jane Austen,” he says. “With the others it’s about reducing it – you take a masterpiece and make a 90-minute film and maybe you do a really good job.

“When I first read it after The Last Days of Disco [Stillman’s 1998 film, co-starring Beckinsale], I thought, this is Kate,” he adds. Not only because of Beckinsale’s sharp comic timing in that movie, but from her turn as the feisty heroine of the 1995 adaptation of Stella Gibbons’s Cold Comfort Farm (Gibbons is a closely observing heir very much in the satirical spirit of Lady Susan). “It’s even the description – she’s a beautiful young mother of 35 who looks 10 years younger. Right? It’s uncanny!” 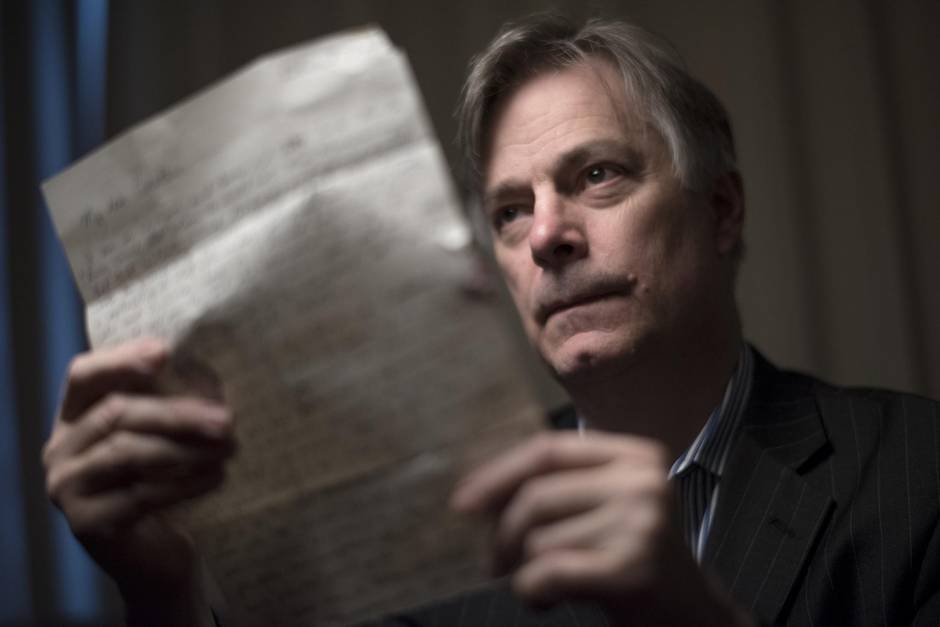 Stillman's work has often been described as Austen-inspired, specifically his 1990 debut Metropolitan. (Fred Lum/ The Globe and Mail)

Stillman’s not a card-carrying member of the Jane Austen Society, but he is aware of the cottage industry and scholarship that posits his own work as Austen-adjacent, specifically his 1990 debut feature Metropolitan (in which characters discuss virtue and Mansfield Park). The director and I get into a similar banter, and about whether I should take exception to his recent remark that Love & Friendship is “guy-friendly Austen,” but he’s talking about how most previous adaptations get marketed. The emphasis on windswept period romance has proved lucrative, but has also done the author a disservice.

“I see how certain distributors want to promote our film and it is just nauseating,” he says. “They are just ignoring what the film is and going for cliché – the total princess-doll crowd, like it’s a special-edition Barbie. So I don’t want to scare guys away from seeing the film.

Some scholars suggest Austen treated Lady Susan as a family project, writing and revising it while talking about it with her niece and nephew over a period of years. Stillman did much the same – work on the screenplay began around 2004, but “it wasn’t like slaving over something like a passion project,” he says. “It was the idea that I know how hard adaptation is, therefore I am gonna take it really slowly, work on it between paying jobs. I’m going to have fun with it.” 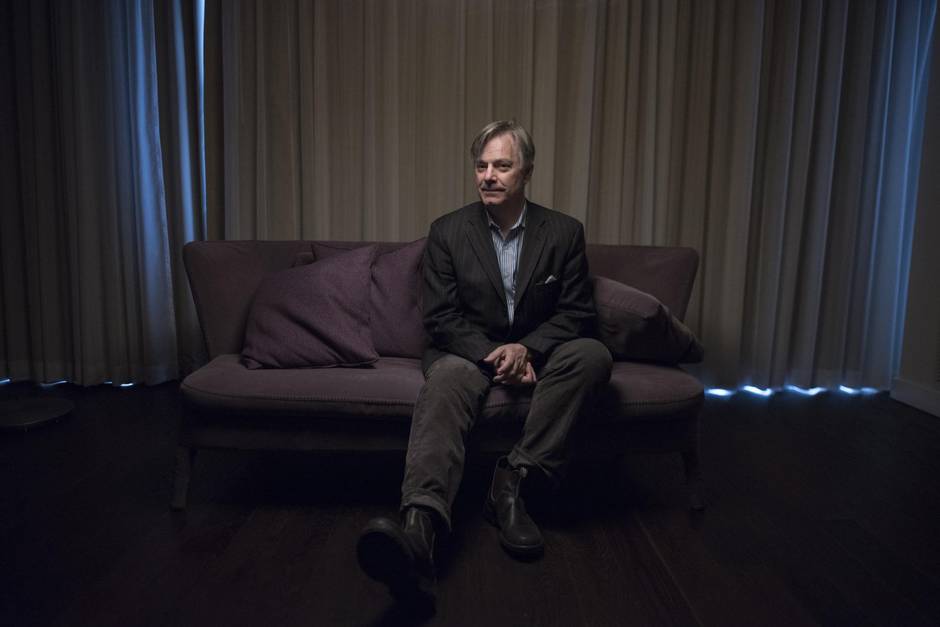 The drawing-room comedy of manners that ensues is suitably barbed, while typical of a leisurely 18th-century itinerary built around tea, social calls, letter-writing and, in this adaptation, much walking and talking while taking turns around the garden shrubbery – a feature of the landed-gentry lifestyle that Stillman praises as “admirable” for its civility: It assisted with discreet digestion after meals. “If there were any disagreeable things that would happen after,” he says, grinning, “you’re in the open air – with noises and chirping.”

The walkabouts also proved useful for Stillman’s own cinematic purposes. While many of the female conversations are plucked directly from the novella’s letters, the events are merely reported by its correspondents. “We know that Susan is charming Reginald and they’re walking a lot, but we don’t know what they’re saying to each other,” Stillman says. “Those were my opportunities to have my scenes.”